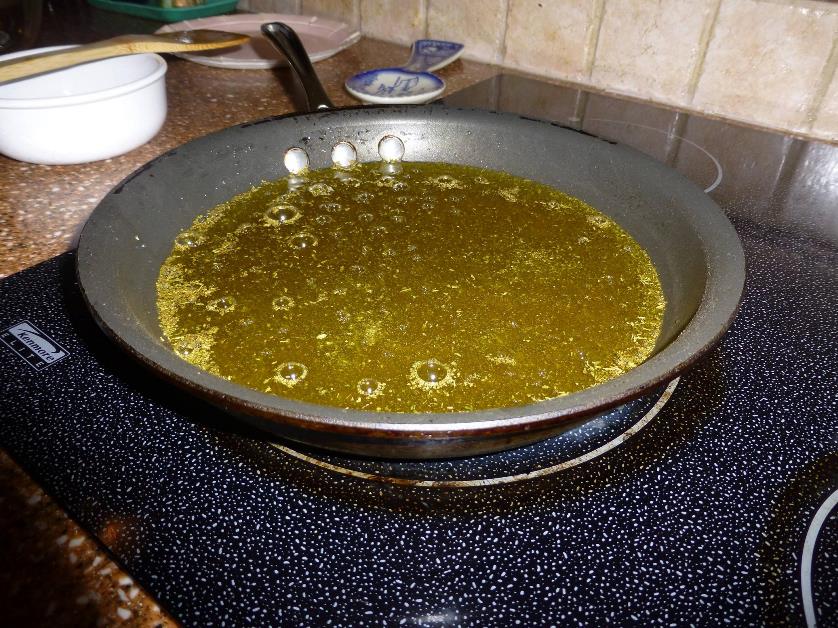 What is Cannabis oil?
Concentrated cannabis oils are named due to their viscous, oily, and sticky appearance.  They have been made famous by claims of the effectiveness of cannabinoids such as CBD in the treatment of cancer patients.  These oils are frequently used in edibles, topicals, vaporizers, and as a stand alone treatment.  The oil extraction helps pull out cannabiniods, as well as other healthy molecules such as terpenes in a highly concentrated form that can then be used by patients.

How to make Cannabis oil?
The most popular method of oil preparation was developed by former cancer patient Rick Simpson.  Simpson oil typically uses naptha or a petroleum ether as a solvent for the extraction, though other solvents can be used.  Due to great success by patients with Simpson oil, patients and entrepreneurs have developed changes to the original recipe either by using safer solvents such as ethanol.  My personal favorite eliminates the use of organic solvents entirely by using olive oil.

What is naphtha or petroleum-ether?
Although different names are used, naptha and petroleum ether can frequently be referred to their equivalent also known as diesel or kerosene fuel making the use of these substances a significant fire hazard.  These solvents are available in a huge range of qualities many of which are not suitable for human consumption.   When using solvents in medicine, all solvent components should be considered potentially harmful.  Ingredients such as benzene and hexane for example are known neurotoxins.   Additionally both naptha and petroleum ethers are considered potential cancer causing so should be avoided.

Are residual solvents a health hazard?

The evaporation of solvents from the mixture does not guarantee purity as the more concentrated an extract becomes, the more difficult it is to remove the remaining solvent.  Although adding heat can help evaporation, many of the beneficial cannabinoids and terpenes can be lost from the mixture with too much heat.  Using non-toxic solvents such as olive oil therefore protects patients from potential harmful residues.

What is the best and healthiest way to prepare Cannabis oil?

As solvents, olive oil and ethanol can safely extract the full spectrum of cannabinoids and terpenes giving the patient the full benefit of the healing properties of these molecules.  However, alcohol can remove too much of the plant’s chlorophyll making the oil taste bad to patients. Alcohol can also be expensive to purchase.   Olive oil therefore is the best option at this point due to its low cost, and low toxicity.

To prepare the olive oil, heat to 100°C for 1-2 hours.  This can be done by using a double boiler method.  Although olive oil cannot be concentrated, patients can simply consume more in order to achieve the same results.  The lower concentration of olive oil extracts also gives patients more accuracy in terms of their dose titration as dosages can be complicated for more concentrated forms.

Preheating cannabis is necessary to activate the cannabinoids, though this can result in the evaporation of beneficial terpene molecules.  If patients need the full range of terpenes for their condition, dried buds and leaves can be used instead.

2 thoughts on “How to Make Cannabis Oil”