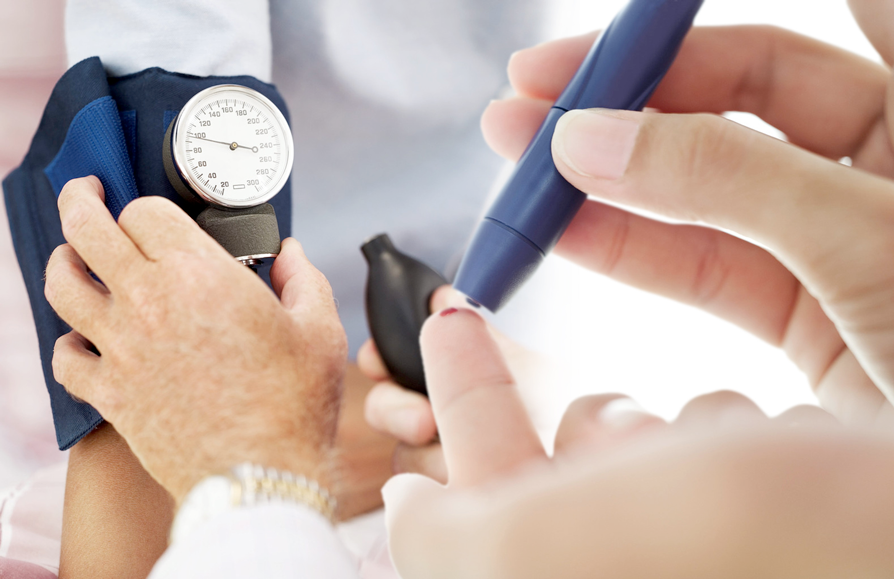 “Most people associate diabetes with excessive sugar intake or unhealthy living and think having diabetes means constantly taking shots of insulin. In fact, many don’t realize there are actually a variety of diabetes that affect people in different ways.

While some of the preconceptions surrounding disease contain an ounce of truth, there are more facts dispelling these presumptions than supporting them. With so many people now affected by diabetes, it’s important to know how to separate fact from fiction, especially now.”

Insulin (from the Latin, insula meaning island) is a peptide hormone produced by beta cells in the pancreas, and by Brockmann body in some teleost fish.[2] It regulates the metabolism of carbohydrates and fats by promoting the absorption of glucose from the blood to skeletal muscles and fat tissue and by causing fat to be stored rather than used for energy. Insulin also inhibits the production of glucose by the liver.[3]

Now, consider when the insulin producing organ pancreas is infected with worms or any invasive parasites, what could possibly happen?

Surely, this could hamper the normal insulin production, right?

When insulin production is perturbed, the proper metabolism of carbohydrates and fats, and the absorption of glucose for energy production is compromised. Consequently, when energy is reduced, other organs will not function properly, even the immune system itself is compromised, further giving way to more infections.

Incidentally, when something is wrong anywhere in the body the entire circulatory system would respond accordingly by increasing the blood pressure in order to deliver the much needed oxygen and nutrients to heal the affected area at the same time that the interferon flowing with the blood destroys the infection. High blood pressure, therefore, is just an effect and not a disease by itself.

What these simple facts prove is that even with one affected organ only, the entire body could suffer gravely, which should lead us to wonder why is the body not treated as a whole with conventional mainstream medicine?

We are asking this simple question because those same worms that are occupying the pancreas could easily relocate to other organs in close proximity, e.g. liver, lungs, intestines. Obviously, there are no traffic signs that says “no enter” or “one-way traffic only” in between these organs.

It is also important to understand that most, if not all, parasites prefer highly acidic environment so that when the pancreas is not anymore capable of producing bicarbonates, aside from insulin, the area would become more acidic and the parasites will love it even more.

Clearly, insulin injections do not eliminate the symbiotic relationship between parasites and acidity inside the pancreas. The easiest and more logical way of dealing with the situation is to use an anti-acid, or antacid.

Incidentally, the best over-the-counter antacid on the market is sodium bicarbonate, although some alternative doctors prefer magnesium beicarbonate, like so:

“Most mainstream doctors just cannot bring their minds around to accept the most basic reality of diabetes. In his essay 5 Myths and Misconceptions About Diabetes – Busted Dr. Shubrook does not even come close to addressing the fundamentals of the diabetic condition, which is more often caused by acid conditions (bicarbonate deficiencies—remember one of the main functions of the pancreas is to create bicarbonates). Moreover, of course magnesium has everything to do with insulin, its production, shape and cell wall receptivity to it.

The pancreas is harmed, as are all organs, if the body becomes too acidic. The pancreas is especially sensitive to acidic conditions. Without sufficient bicarbonates, the pancreas is slowly destroyed. When the pancreas loses the ability to produce enough bicarbonate essential for the pancreatic enzymes to function properly, undigested proteins penetrate the bloodstream inducing allergic reactions and inflammation.”

… High levels of magnesium decrease insulin resistance in type 2 diabetics. People with diabetes waste more magnesium due to increased urination from elevated and fluctuating blood sugars and so need to constantly replenish their magnesium stores.

Most people and doctors do not know it but without insulin, magnesium does not get transported from our blood into our cells where it is most needed. When insulin becomes problematic, magnesium is excreted through our urine instead of getting into the cells meaning we waste our magnesium perpetuating and worsening the diabetic condition.

Aside from reinforcing alkalinity of the pancreas, the parasites must be dealt with, too.

“Low-frequency PEMF can be used as an adjunct in reducing neuropathic pain as well as for retarding the progression of neuropathy in a short span of time.[2] Dr. William Pawluk says, “Magnetic fields protect against cell injury by improving circulation, repair processes, and energy, and increasing special stress proteins in the cells. These proteins are used to prevent cell breakdown and wear and tear, as well as help speed recovery from injury. Magnetic fields balance cells, tissues and bodily functions at very fundamental levels, even before damage and problems become obvious to you. One of the most basic functions magnetic fields have in the body is to increase circulation.” Moreover, Dr. Pawluk reports, “PEMFs have been found to reduce chronic, damaging inflammation.”

Pulsed electromagnetic field is the use of high electrical energy pulses to introduce real electrical current inside conductive tissues where any parasites are colonizing.

If you are confused why we use the above quote in justifying the use of low frequency pulsed electromagnetic field, we must consider the fact that not all doctors are electrically adept. Most of them don’t even know how an electrical transformer operates.

Most of the time, what they can see is the effect of the electrical procedure only, i.e. “reducing neuropathic pain as well as for retarding the progression of neuropathy.”

They will never tell you that the cause of the pain are the worms moving from one section to another, especially when conventional treatment is introduced whereby the parasites are not completely neutralized but are only being partially agitated.

They also don’t have enough time to explain that inflammation is a natural immunoresponse mechanism to flood the area of infection with red and white blood cells, and when the parasites are all gone, there’s no need for the body’s immune system to react via inflammation.

Flooding the pancreas with bicarbonates and electrocuting the worms and all other parasites with low frequency pulsed electromagnetic field should free any resolute diabetic patient from the root causes of the disease.

When these worms and other parasites are electrically shocked, the pain is gone. Immobile parasites are then carried away by the blood and subsequently filtered through the liver and kidneys. Eventually, these toxins are flushed out from the body.

When the body is freed from all parasites and acidity is fully neutralized, it is now ready to focus all its energy and other available resources to its own natural mechanism of curing and healing itself.

When a complete healing is achieved, your high blood pressure will be gone, too.

2 thoughts on “The Real Causes and Cure for Diabetic Patients”