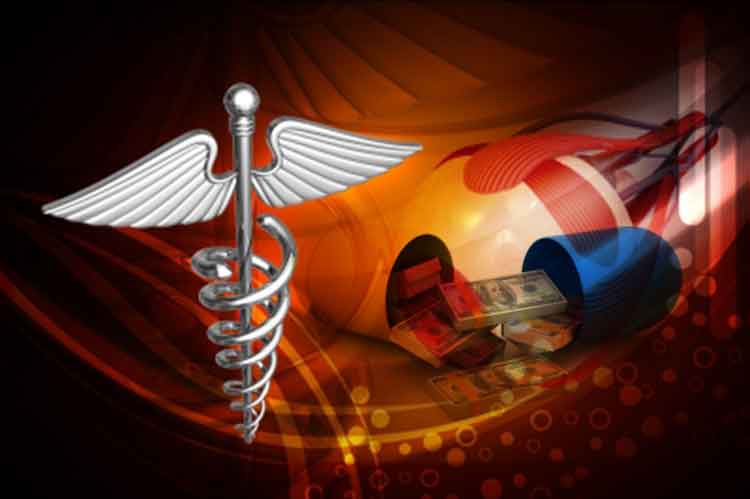 After all, the big pharmaceutical companies and the federal government would never allow us to take anything that would hurt us, right?  Sadly, the truth is that they don’t really care about us.  They don’t really care that prescription painkillers are some of the most addictive drugs on the entire planet and that they kill more Americans each year than heroin and cocaine combined.

They don’t care that antidepressants are turning tens of millions of Americans into zombies and can significantly increase the chance of suicide (just look at the warning label).  All the big pharmaceutical companies really care about is making as much money as they possibly can.  The following are 20 signs that the pharmaceutical companies are running a $280 billion money making scam…

#2 According to the CDC, approximately 9 out of every 10 Americans that are at least 60 years of age say that they have taken at least one prescription drug within the last month.

#4 During 2013, Americans will spend more than 280 billion dollars on prescription drugs.

#5 According to Alternet, last year “11 of the 12 new-to-market drugs approved by the Food and Drug Administration were priced above $100,000 per-patient per-year”.

#6 The CDC says that spending on prescription drugs more than doubledbetween 1999 and 2008.

#7 Many prescription drugs cost about twice as much in the United States as they do in other countries.

#8 One study found that more than 20 percent of all American adults are taking at least one drug for “psychiatric” or “behavioral” disorders.

#9 The percentage of women taking antidepressants in America is higher than in any other country in the world.

#10 Children in the United States are three times more likely to be prescribed antidepressants than children in Europe are.

#11 A shocking Government Accountability Office report discovered thatapproximately one-third of all foster children in the United States are on at least one psychiatric drug.  In fact, the report found that many states seem to be doping up foster children as a matter of course.  Just check out these stunning statistics…

#12 In 2010, the average teen in the U.S. was taking 1.2 central nervous system drugs.  Those are the kinds of drugs which treat conditions such as ADHD and depression.

#13 The total number of Americans taking antidepressants doubled between 1996 and 2005.

#15 According to the National Household Survey on Drug Abuse, 36 millionAmericans have abused prescription drugs at some point in their lives.

#16 A survey conducted for the National Institute on Drug Abuse found that more than 15 percent of all U.S. high school seniors abuse prescription drugs.

#17 According to the CDC, approximately three quarters of a million people a year are rushed to emergency rooms in the United States because of adverse reactions to pharmaceutical drugs.

#18 According to the Los Angeles Times, drug deaths (mostly caused by prescription drugs) are climbing at an astounding rate….

Drug fatalities more than doubled among teens and young adults between 2000 and 2008, years for which more detailed data are available. Deaths more than tripled among people aged 50 to 69, the Times analysis found. In terms of sheer numbers, the death toll is highest among people in their 40s.

#20 Each year, tens of billions of dollars is spent on pharmaceutical marketing in the United States alone.

The American people deserve better than that.  Every year, the United Statesspends more on health care than Japan, Germany, France, China, the U.K., Italy, Canada, Brazil, Spain and Australia combined.  In fact, if the U.S. health care system was a separate nation it would be the 6th largest economy on the entire planet.

For all the money that we spend, we should be the healthiest people in the world by a wide margin.  Instead, life expectancy is higher in dozens of other countries and we have very high rates of cancer, heart disease and diabetes.  For much more on the colossal failure of our health care system, please see my previous article entitled “50 Signs That The U.S. Health Care System Is A Gigantic Money Making Scam“.

So what do you think about the pharmaceutical companies that are making billions of dollars by getting the American people addicted to their super-expensive legal drugs?