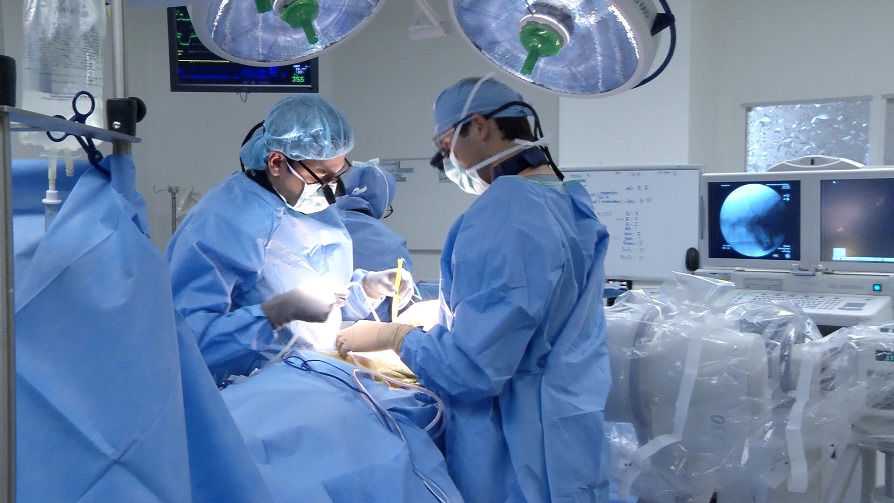 Medical doctors are not just glorified pharmaceutical sales agents, but outright angels of death. Surely, there are good doctors out there like those few we featured here on occasions, but they are just exception to the mad rule.

The whole medical landscape is populated by blood sucking parasites that only aggravate your already deteriorating physical and financial conditions.

You’ll live a while longer by staying out from them. You’ll live even longer if you begin to study certain Basic Science that we have explored at our homepage.

6 Body Parts Doctors Think Are Useless: How Little Do They Know

The ineptitude of the medical profession is hallmarked by their sheer ignorance of the human body. This stems from a combination of institutional training which then leaps over to their field, medical offices and even conferences and continuing education to reinforce this training, just in case they happen to gain some wisdom from their practice. The human body is perfect, period. Any advice coming from any person who attempts to convince you that a part of your body is unnecessary, useless or needs to be removed, has no place in any health profession, let alone the medical field. Here are 6 examples of body parts which doctors think are useless, but really are not.

Their common argument is that due to the complexity of our bodies, certain organs and parts have become less and less needed over time and simply not needed for survival. Well, quality of life and survival are two totally different things.

Medical Claim: According to doctors, tonsils cause people pain. They are prone to becoming infected and swelling up. Doctors have been prescribing tonsillectomies for decades for those with recurrent sore throats.. And you know what that means, surgery to get rid of ‘em!

Reality: Experts now know that the long-term risks of this procedure are a detriment to overall immunity and exceed any short-term benefit.

Chronic swelling of tonsils is best addressed by reducing sugar intake, adopting a minimally processed diet that is rich in fresh plant foods, and supporting immune system health by getting plenty of rest, exercise, and exposure to sunlight and fresh air.

Previous research at the University at Buffalo has shown that removal of tonsils and adenoids results in less fidgeting and other non-exercise motor activity which results in weight gain.

In another study involving 300 children aged 2 to 8 advised to have their tonsils out, those who avoided surgery had fewer annual visits to doctors and lower resulting medical costs due to fevers and throat infections.

A new study provides evidence that a critical type of immune cell can develop in human tonsils. The cells, called T lymphocytes, or T cells, have been thought to develop only in the thymus, an organ of the immune system that sits on the heart.

Medical Claim: Doctors claim the adenoids only provide a strong defense against bacteria that is inhaled. As you grow, your adenoids shrink, which makes them useless. They are only helpful when you are a child. Doctors generally recommend adenoidectomy or adenoid removal in children if their are snoring, have sleep apnea, even if they have recurrent ear infections.

Reality: Like the tonsils, the adenoids are one of the most important parts of your immune system because they are located near the entrance of your breathing passages, and they serve as a first line of defense against undesirable airborne microorganisms and substances.

Although you can easily see your tonsils by standing in front of a mirror and opening your mouth wide, you can’t see your adenoids this way.

The importance of adenoids lies in its ability to physically restrict the nasopharyngeal space, rendering a decrease in nasal passage expansion which is a good thing, too, for disease prevention. Adenoids also contain cells that make antibodies to help your body fight infections.

Medical Claim: Just another part of the body that needs to be surgically removed especially when it produces gall stones.

Reality: The gallbladder serves an important digestive function. It is required to emulsify fats. The gallbladder stores bile and bile acids, which emulsify the fat one eats so it can be properly transported through the intestine into the blood stream.

Anyone who has their gallbladder removed needs to take some form of bile salts with every meal for the rest of their life, if they wish to prevent a good percentage of the good fats they eat from being flushed down the toilet. Since most people who remove their gall bladder ignore this advice, this is exactly what happens and they have little absorption of good fats. If one does not have enough fats in the diet, their entire physiology will be disrupted, especially the ability to make hormones and prostaglandins.

Instead of removing your gallbladder, lifestyle changes including changing dietary habits and exercise will prevent any non-life threatening problems that exist with your gallbladder, especially stones.
4. APPENDIX

Reality: The appendix is significant and indeed serves the body as an immunologic mechanism. It is a highly specialized organ with a rich blood supply.

The mucosa and submucosa of the appendix are dominated by lymphoid nodules, and its primary function is as an organ of the lymphatic system.

The appendix contains a high concentration of lymphoid follicles. These are highly specialized structures which are a part of the immune system. The clue to the appendix’s function is found in its strategic position right where the small bowel meets the large bowel or colon. The colon is loaded with bacteria which are useful there, but which must be kept away from other areas such as the small bowel and the bloodstream.

Through the cells in these lymphoid follicles, and the antibodies they make, the appendix is ‘involved in the control of which essential bacteria come to reside in the caecum and colon in neonatal life’.

Medical Claim: Certain ligaments, tendons and tissues can be reduced or removed and used to repair musculoskeletal injuries since they don’t serve any major function in their current location.

Reality: If you, a family member or friend has ever undergone surgical intervention in the last 30 years, then you may be familiar with the supreme ignorance that orthopaedic surgeons practice while removing often critical tissue from the body claiming it has no real purpose.

Excellent examples are ligament repairs for sport injuries. A very common procedure was to reduce the iliotibial band (ITB) by 50% and use the tissue to repair ligament injuries. The ITB runs along the length of the lateral portion of the thigh and is critical in the stability and joint mechanics of both the hip and knee and consequently its reduction (or removal) affects both these joints as well as other long-term effects to the lower back and ankle joints. These problems then become much more serious than the ligament repair for the original injury.

The patellar tendon is another important stabilizing ligament for the knee joint which surgeons reduce often by a large percentage to repair anterior cruciate and other ligaments of the knee. The procedure causes misalignment of the patellofemoral tracking (knee joint) and may result in several imbalances that last a lifetime including patellofemoral syndrome, tendonitis, tenosynovitis, weakness and eventual tear of the patellar tendon. This procedure also has an effect on the natural biomechanics of the patient who eventually must compensate for the deficit which leads to other health problems.

Medical Claim: Doctors claim men with foreskins are more likely to get viral or bacterial infections and pass them on; that the foreskin is tender and thin, and therefore more prone to tiny cuts through which germs can be transmitted. New justifications for circumcision include preventing penile, cervical cancer and even HIV.

Reality: Science has been unable to support even one of the justifications for circumcision promoted by medical doctors. Nor is there any scientific proof that circumcision prevents sexually transmitted diseases.

George Denniston, M.D., stated, “The United States has high rates of HIV and the highest rate of circumcision in the West. The “experiment” of using circumcision to stem HIV infection has been running here for decades. It has failed miserably. Why do countries such as New Zealand, where they abandoned infant circumcision 50 years ago, or European countries, where circumcision is rare, have such low rates of HIV?”

The immunological functions of the foreskin help protect the body from pathogens. The sphincter action of the preputial orifice prevents entry of infectious contaminants. Glands secrete lysozyme, an enzyme that breaks down cell walls of pathogens. The sub-preputial moisture lubricates and protects the mucosal lining of the glans and inner foreskin. The high vascularization of the foreskin brings cells to fight infection, while Langerhans cells secrete cytokines, proteins that regulate the intensity and duration of immune responses.

The foreskin provides the skin necessary to accommodate a full erection. Even when erect, the foreskin has a gliding action that provides additional sexual pleasure to the man and his partner. The gliding mechanism of the foreskin facilitates insertion and reduces friction and chafing during sex. The foreskin also provides a seal, keeping the secretions necessary for comfortable intercourse contained within the vagina.

The foreskin contains 20,000-70,000 erogenous nerve endings, the majority of which are concentrated in the ridged band, which encircles the inner opening of the foreskin. When the penis is flaccid, the nerve endings are protected but, when erect, they are exposed. Circumcision removes about three-fourths of the nerve endings in the penis, leaving the circumcised penis severely disabled by comparison.

These nerve endings allow a man to modulate his sexual experience. Without them, a man may feel pleasure, but, without warning, reaches ejaculation quickly. The greatest complaint of circumcised males is premature ejaculation.

Without the foreskin’s protection, the glans becomes keratinized (calloused). The free nerve endings in the glans become buried in layers of callused skin. Many circumcised males complain about sexual dysfunction and impotence because they lack the feelings and feedback meant to be provided by nerve endings that were amputated with circumcision. Circumcised men are 4.5 times more likely to be diagnosed with erectile dysfunction than intact men.

Bottom Line: Leave your body parts and those of your children alone. They’re are a part of the body for a reason and they are perfect just the way they are.

Dave Mihalovic is a Naturopathic Doctor who specializes in vaccine research, cancer prevention and a natural approach to treatment.