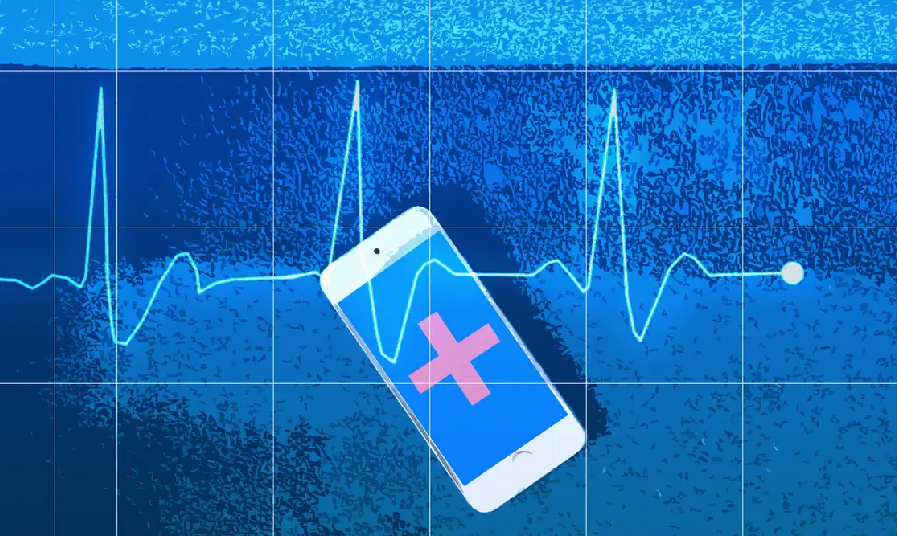 In an unprecedented move by the Corporate State, Big Tech companies have been granted unfettered access to hospital records in a new standard called FHIR, pronounced “fire,” which aims to make it “easier for patients to get and share their medical information” online. The industry estimated that this big data acquisition could mean $38 billion by 2025!

The amount is beyond just the icing on the cake for the long established surveillance state, because that would mean that from here on their entire operation will be subsidized by the public themselves – a very effective formula just like when you’re paying for your own sickness later on, e.g. viruses and metals in vaccines, fluoride in toothpaste.

The breadth of access wasn’t always spelled out by hospitals and tech giants when the deals were struck.

The scope of data sharing in these and other recently reported agreements reveals a powerful new role that hospitals play—as brokers to technology companies racing into the $3 trillion health-care sector. Rapid digitization of health records and privacy laws enabling companies to swap patient data have positioned hospitals as a primary arbiter of how such sensitive data is shared.

“Hospitals are massive containers of patient data,” said Lisa Bari, a consultant and former lead for health information technology for the Centers for Medicare and Medicaid Services Innovation Center.

Hospitals can share patient data as long as they follow federal privacy laws, which contain limited consumer protections, she said. “The data belongs to whoever has it.”

Microsoft and Providence, a hospital system with data for about 20 million patient visits a year, are developing cancer algorithms by using doctor’s notes in patient medical records. The notes haven’t been stripped of personally identifiable information, according to Providence, which is based in Renton, Wash.

An agreement between IBM and Brigham and Women’s Hospital to jointly develop artificial intelligence allows the Boston-based hospital to share personally identifiable data for specific requests, people involved in the agreement said. So far the hospital hasn’t shared data on that basis and has no current plans to do so, according to hospital and IBM officials. – Wall Street Journal

Just imagine how much control they will have when they finally integrated all about you to an AI-based totalitarian mechanism. No, it’s not a conspiracy theory anymore, but they are already salivating and working on it. To them, big data is the new big oil industry.

“We want to have FHIR in our analytics and machine-learning tools,” Aashima Gupta, Google Cloud’s director of Global Healthcare Solutions, said at a conference in Orlando, Florida, in February.

Tech giants are already striving to benefit from the growing use of FHIR:

Six big tech companies — Microsoft, Google, Amazon, IBM, Oracle and Salesforce — have also joined to support FHIR and broader sharing of health care data through a government-endorsed project called Blue Button, which is intended to make it easier for patients to view and download their health records. – Business Insider

The above initial list of big tech companies given access to your vital information will, at the very least, be more invasive in feeding and flooding you with so much information that will not only promote their own products and businesses, but will also limit your time to do your own independent research that is so critical to your own survival outside of the ever expanding control matrix.

Add to that is the unfettered access of law enforcement agencies through Amazon’s cloud services contracts with all of them, e.g. FBI, FDA, CDC, State Department, NSA, and Central Intelligence Agency.

Google also has an ongoing contract with the largest DNA databases on the planet, i.e.:

The secretive Google subsidiary with access to Ancestry’s DNA database

For DNA testing companies, the genetic code that customers pay to have analysed is a gift that keeps on giving. Not only do these companies profit from DNA analysis, but they stand to make money for decades more marketing people’s data to the highest bidders.

Ancestry, which controls a database of more than 5 million DNA samples, is one of the companies marketing its genetic storehouse. The Utah-based company has no formal policy on what partnerships it will or will not pursue, but company officials say they’d never risk a collaboration that could be viewed as exploitative. “We only want to do research totally on the up and up,” says Eric Heath, chief privacy officer for Ancestry.

But when customers sign-up to have their data shared with research partners of Ancestry, 23andMe and other companies, they are taking a leap of faith. Ancestry’s main research partner is a Google subsidiary named Calico, which researches therapies aimed at extending the human lifespan. Unlike public institutions, California-based Calico discloses little about its DNA work, and many view it as a vanity project for Silicon Valley billionaires seeking breakthroughs to extend their own lives.

… Ancestry is hardly the only DNA data company marketing its customers’ data. 23andMe has collaborated with pharmaceutical companies such as Lundbeck and Pfizer. Helix, a collaborator with National Geographic, is launching more than 20 DNA analysis products with partner companies such as Vinome, DNAFit and Genome Medical.

Obviously, the so-called benefits from FHIR and the massive DNA and medical records data acquisitions, in general, can never outweigh the attendant risks associated with such reprehensible corporate invasion of our privacy. Interestingly enough, none of these are illegal.

Still doubting that all of those Bilderberg Meetings are for naught?