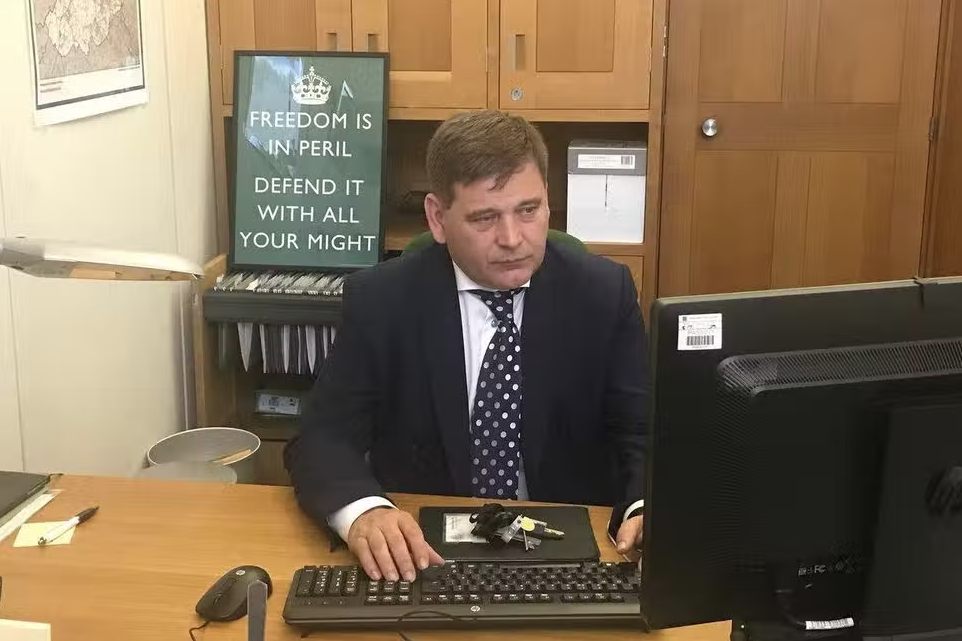 While we will be discussing the most unwelcome news of increased death rates, I am happy to report that a leading British Member of Parliament, Andrew Bridgen brought up, in the UK parliament no less, the relationship between vaccination and excess deaths.

Even a casual glance at the data shows that there’s a VERY STRONG CORRELATION between excess DEATHS & the level of vaccine uptake in that country. Surely we must have an investigation? These are 10s of thousands of PEOPLE who are DYING.

Please watch his speech below.

UK MP @ABridgen:
“even a casual glance at the data shows that there’s a VERY STRONG CORRELATION between excess DEATHS & the level of vaccine uptake in that country. Surely we must have an investigation? These are 10s of thousands of PEOPLE who are DYING..”pic.twitter.com/EBwCV5Mncv https://t.co/JocCkR7MTO

(After this speech, Andrew was suspended from Parliament for 7 days for a supposedly “unrelated offense.”)

Where did Andrew Bridgen get his (correct) idea? I am not sure, but I posted an original analysis statistically tying “excess mortality” to vaccination rate by country on August 30, 2022.

Obviously not claiming that he somehow got it through me — I hope that many other people performed similar analyses, and one of them was noticed by Mr. Bridgen. The more people analyze this data, the better. I am happy.

I decided to re-do the calculation of excess mortality vs. vaccine, or booster uptake, using two more months’ worth of mortality data.

I use the same exact methodology as in my “proven relationship” article. Please read it if you are interested in details or want to replicate the results. Instead of weeks 10 to 35, I now analyze “excess mortality” in weeks 20 to 44 (to be precise, the max week available up to week 44 in the short-term mortality database – the data has a lag). Everything else stayed the same. The data is here:

A few notes on the data above:

The questions I want to explore is: Is there an association between vaccine or booster uptake and excess mortality in Weeks 20-44? Did the association get weaker or stronger compared to weeks 10-35?

We can see that both vaccination rates (number of fully vaccinated people per 100), as well as booster doses administered per 100 persons, are VERY STRONGLY ASSOCIATED WITH EXCESS MORTALITY. Both have very low P-values, which suggests that this association is highly unlikely to have happened by random chance.

During weeks 20-44, both vaccination and booster rates explain NEARLY HALF of excess mortality variation (49% for both). That’s a lot greater explanatory power!

This means that over time, the strength of the association between excess mortality and vaccination is INCREASING!

EDIT: Also note that the SLOPE of the line, for example, for vaccination rate, increased from 0.0024 in my August article to 0.0034 two months later! A 40% increase in slope. What does it mean? It means that the magnitude of the effect also increased, not just the explanatory power. Things are getting worse in a measurable way.

This is Counterintuitive and Concerning!

Please take a minute to understand that increasing the strength of association, as time passes after the event causing the association (vaccination), is

What is going on? The clock is ticking; unvaccinated people are not really getting vaccinated anymore. And yet, as time goes on, more and more excess deaths are explained by vaccination rate (49% in weeks 20-44, instead of 27% 10 weeks prior). Vaccination rate, for the most part, refers to vaccinations that happened in the relatively distant past, a year ago or so. Something is happening in the bodies of people who were vaccinated over a year ago that increases the degree of that association of vaccines vs. deaths as time goes on!

Stop. This is NOT normal.

Consider a typical poison like rat poison. Let’s say that a careless cook accidentally sprinkled varying amounts of rat poison over the salads of restaurant visitors. Some received more, some less, so some would die of rat poison. It would be understandable to expect that “restaurant visit” was associated with “excess mortality” of unfortunate diners within the first week or two after the visit. A year later, though, we would not be expecting any such relationship as the effects of poison wear off.

However, the association of vaccination (distant past event) with mortality (present event) is increasing as time goes on!

What could explain it? To be honest, I am not certain. I can offer two explanations:

Seeing a correlation is akin to seeing smoke. Is there a fire?

We Urgently Need an Investigation, Instead of Stonewalling and “Pandemic Amnesty”

An honest leader of a good country, upon hearing such concerning news, would hire new people who are not tarnished with the baggage and responsibility for recklessly vaccinating millions with an unproven new technology with a track record of failure, infertility, and death of lab animals.

These new people would include talented medics, sophisticated biostatisticians, experienced coroners, biologists, historians, detectives, etc. They would devise a public, open, and sophisticated process of looking at excess deaths on an individual level, as well as comparing outcomes of vaccinated or unvaccinated people, and so on.

They would examine the bodies of hundreds of young and healthy people who are dying suddenly to truly understand what exactly was the chain of events that caused their sudden and unexpected death. They would similarly try to understand why cancer rates are soaring far beyond typical levels.

Their findings and underlying data would be accessible to the community so that input could be provided by interested members of the public.

Lastly, such an investigation can save thousands, or millions of lives, if the mechanism of excess deaths is properly understood and the chain of deadly aftereffects is broken. I hope that these deaths can be somehow stopped!

None of this is happening.

All we have is increasing excess deaths, denial, and coverup. Google does NOT want you to search for “excess mortality 2022” in the “search suggestion” bar.

Google knows about “excess mortality 2022”; that’s why it is blocking search suggestions for this term. But Google does not want YOU to know.

Why the stonewalling? Because the powers-to-be are afraid of responsibility and are now begging for amnesty.

We do not need to give them amnesty — but we do need to find out what is happening and why people are dying.

Dear reader, please let me know: why do you think they are stonewalling all inquiries and suspending UK Parliament members? What is the reason? Misguided concern for continued vaccine uptake? Fear of responsibility? Or something worse?