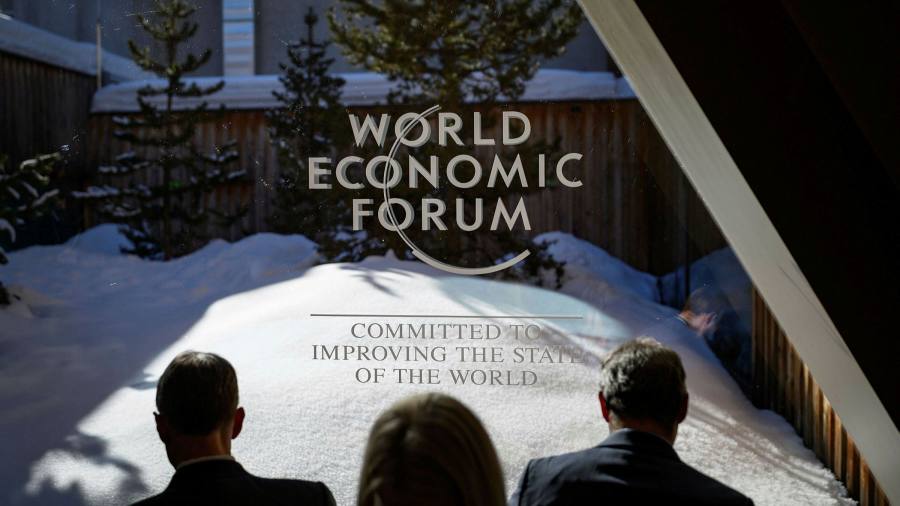 “In a time of universal deceit, telling the truth is a revolutionary act.” – Attributed to George Orwell but unsourced

As we approach the third year of the ‘Covid Crisis’, the once unassailable Covid Story – reported and repeated by politicians, public health mandarins and all mainstream media – has been replaced by contradictions and inconsistencies.

The original Covid Story narrated by health ‘experts’ and government officials told of a particularly virulent pathogen which besieged the planet in 2020 and spread like wildfire– terrorizing, infecting, and killing people en masse.

It was the story of a “pandemic level event” in which people were told to stay indoors, entire sectors of society were forced to shut down and humans were told to do everything possible to avoid contact with one another.

In later chapters the Covid Story morphed from ironclad truths, “Follow the science”, to ever changing definitions, “The science evolves.” Countless aspects of the “official” narrative changed overnight. Gradually the tale became fraught with pages of questionable statistics and ever shifting storylines.

What was one to make of all of these contradictions and ministerial mutations?

Soon the only certainty within the Covid narrative became its uncertainty– the moment the Covid story “you thought you knew” was on solid footing the sands shifted yet again.

While most persisted with the media storyline and government edicts, some began to take notice of the numerous anomalies and started asking questions.

The most glaring question was simply: “Why was no one allowed to ask questions?” Once this Pandora’s Box opened, a stream of questions came tumbling out.

Why wasn’t the media asking any questions? How were they all operating in lockstep?

Were we alerted to this “pandemic-level event” by our direct observations and experiences?

Were we surrounded by sick people, in our homes, neighborhoods and workplaces who were succumbing to a quick-spreading and dangerous virus?

If we were truly in a pandemic of biblical proportions would there be so much discussion of the epidemiological minutiae?

Bit by bit as most of the accepted narrative began to unravel, questioning the “official story” became more than a revolutionary act it became an obligation.

If you have to be persuaded, reminded, pressured, lied to, incentivized, coerced, bullied, socially shamed, guilt-tripped, threatened, punished and criminalized. If all of this is considered necessary to gain your compliance — you can be absolutely certain that what is being promoted is not in your best interest. Ian Watson

To sell the Covid Story a mass marketing campaign rife with its own nomenclature was launched. The constant drumbeat of the Covid battle cry became inescapable resembling  military grade propaganda rather than public health messaging.

One of the earliest Covid Campaign methods used to alert the public to the coming storm of dire illness centered on the belief that hospitals were going to be overwhelmed by a cascade of the Covid infected.

“Two weeks to flatten the curve” became a national rallying cry. The public was flooded with stories of overflowing hospital corridors and swamped ICU’s. Makeshift hospitals were swiftly constructed to take in the excess casualties. The unquestioning media amplified these stories creating a climate of widespread panic and hysteria.

Was any of this true?

Fear is a market. To instill fear in people also has advantages. Not only in terms of drug use. Anxiety-driven people are easier to rule. —Gerd Gogerenzer, Director Emeritus, Max Planck Institute for Educational Research

As the pandemic picked up speed, the “Covid death toll” became a daily marker hammered home by media bullhorns and mortality scoreboards.

Ghastly tales of the “first wave” of Covid fatalities were plastered all over media channels in lockstep. Harrowing tales of overflowing morgues and refrigerated trucks filled with Covid cadavers saturated the evening news. While a simpler explanation for these trucks was readily available, a compliant and complicit media plugged its ears and continued to manufacture mass hysteria.

Again all questions that might sow seeds of skepticism were kept away from public discussion.

But was this advertised death march verifiable or was this yet another feature of the Covid fear campaign?

One of the saddest lessons of history is this: If we’ve been bamboozled long enough, we tend to reject any evidence of the bamboozle. We’re no longer interested in finding out the truth. —Carl Sagan

As the purported wreckage of the “first wave” subsided and the body count failed to add up to the predicted totals, the narrative abruptly shifted.

“The Covid Death” was replaced by “The Covid Case” as the main vector of fear. What defined a “Covid Case” generally seemed up for grabs. “Case” definitions ranged from anyone “suspected of having Covid” to those who were ‘positive’ as established through PCR testing.

Nowhere in the media could one find an inquiring reporter who would question what it meant to be a “probable case.” Even as the PCR became a regular feature of daily life never was the soundness of its usage as a diagnostic tool examined by any mainstream source.

Were these case counts and the methods used situated on solid scientific ground?

Big Pharma needs sick people to prosper. Patients, not healthy people, are their customers. If everybody was cured of a particular illness or disease, pharmaceutical companies would lose 100% of their profits on the products they sell for that ailment. What all this means is because modern medicine is so heavily intertwined with the financial profits culture, it’s a sickness industry more than it is a health industry. —James Morcan

Once it was firmly established in the public’s mind that a pathogenic menace was lurking just outside their door a non-stop barrage of messaging, gaslighting and coercion kicked in from all angles.

The entire world was repeatedly informed that the only salvation for the human species was a genetically engineered experimental medical product concocted at “Warp Speed” by giant Pharmaceutical companies. This and only this medication could save humanity from catastrophe.

Like many other facets of the Covid Story, the tale of Big Pharma and their magical potions unraveled upon further scrutiny. Multiple questions arose:

I’m for truth, no matter who tells it. I’m for justice, no matter who it is for or against. I’m a human being, first and foremost, and as such I’m for whoever and whatever benefits humanity as a whole. —Malcolm X

When the mass rollout of the experimental Covid vaccines was launched, a compulsory campaign silencing all voices who dare question the vaccine imperative was set in motion. Even so, some voices of apprehension slipped through the cracks. Many of these voices were some of the most renowned medical practitioners in their field.

Why were their voices not allowed into the mainstream conversations?

Ultimately a comprehensive and complete reckoning with the ‘Covid Story’ is not possible without a thorough examination of the policies which unfolded in hospitals and nursing homes and the catastrophic consequences.

While hospital workers were feted as heroes, reports began to leak out hinting that what actually occurred inside these medical institutions was contrary to the sustained media narrative. As more stories surfaced, suspicions escalated that this too was part of the Covid mythology.

Silence in the face of evil is itself evil. —Dietrich Bonhoeffer

In the early chapters of the Covid Story, perhaps no other storyline trapped our imaginations and pulled on our heartstrings quite like the “Saving Grandma” shibboleth. We were told that “Covid-19” targeted the old and the sick and multiple reports from across the globe revealed a consistent pattern of how ghastly situations in long-term care facilities unfolded.

As more information on this piece of the sordid Covid puzzle surfaced more questions came to light.

Did thousands of elderly die because of Covid or was the management of their end-of-life treatment withdrawn actively putting them in a situation that ensured their death?

I live in the Managerial Age, in a world of “Admin.” The greatest evil is not now done in those sordid “dens of crime” that Dickens loved to paint. It is not done even in concentration camps and labour camps. In those we see its final result. But it is conceived and ordered (moved, seconded, carried, and minuted) in clean, carpeted, warmed and well-lighted offices, by quiet men with white collars and cut fingernails and smooth-shaven cheeks who do not need to raise their voices. —C.S. Lewis

All intricate stories require a cast of characters and the Covid Chronicle was no different. Neil Ferguson and Christian Drosten played significant supporting roles behind the scenes while others, like Anthony Fauci and Bill Gates, took center stage. As we moved through the Covid narrative we “came to know” these personalities through the portraits painted by a uniformly deferential media.

Were these images of our Covid cast of characters accurate depictions? How much about them did we really know?

They failed to see that globalisation was merely a tactic to prise power from nation states towards international conglomerates. Once the power was siphoned from the people and democratic control was circumvented, the ability to assert global governance without any democratic restraint was available. —James Tunney

Finally, to understand the totality of the Covid Story it’s necessary to understand how the public health industry is inextricably linked to global financial markets and operates based on the demands of those financial conglomerates. Manufactured pandemics are now considered one of the biggest investment opportunities to increase the wealth of billionaires and consolidate their power.

The medical industry is no longer a system whose primary focus is to serve the health and well-being of the public. It is a system whose primary function is as a financial instrument for investors. The present-day policies that define the medical industry are designed to serve socioeconomic and political agendas which benefit these same financial elites.

Was the entire ‘Covid Crisis’ a genuine health emergency or was it an agenda rooted in fear to enrich the pockets of Big Pharma and their monied investors.

Here again the mainstream media remain dutifully silent, refusing to ask the most basic of questions:

After a deeper dive into the Covid Hall of Mirrors one wonders if even a single strand of the story withstands scrutiny. Three years on and the wreckage from the fusillade of Covid policies continue to pile up. With every passing day more holes appear in the official narrative and more admissions come to light as officials scurry to avoid accountability.

As the dust settles in the aftermath of the Covid carnage we are left asking one final question:

“Was the entirety of the Covid Story a lie?”

Michael Bryant is a freelance journalist/activist and researcher who presently focuses primarily on issues surrounding health freedom. His work has appeared on HealthFreedomDefense.org