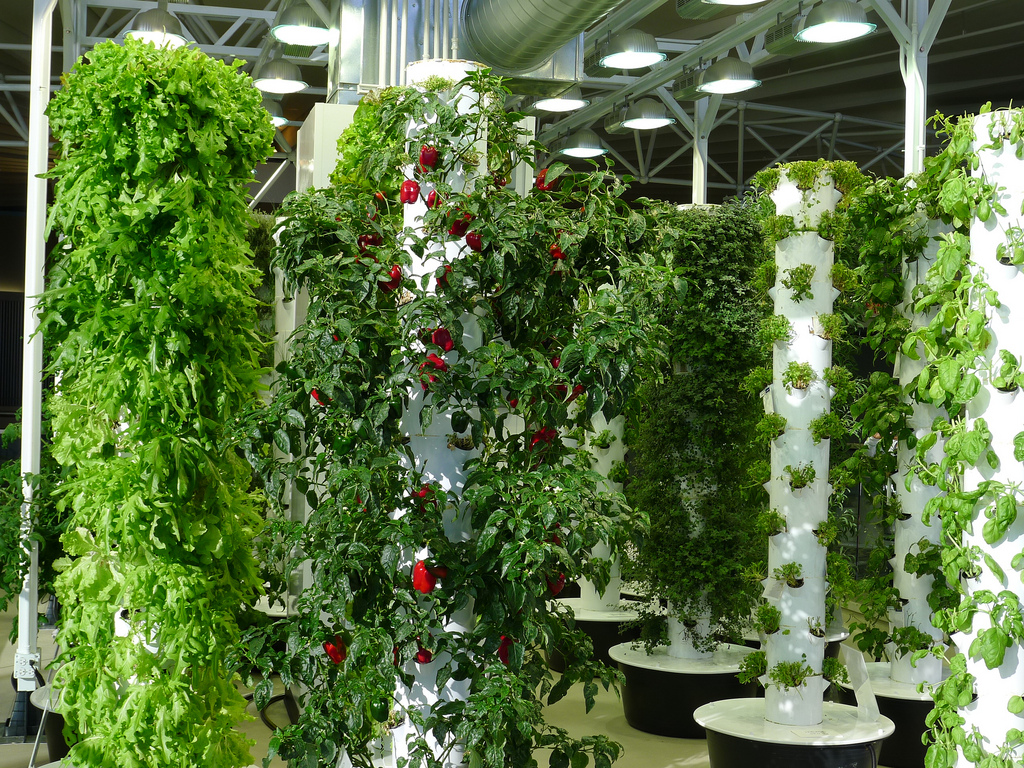 Urban dwellers are absolute consumers, i.e. they buy all their needs off-the-shelf for convenience and the lack of necessary resource to produce almost everything on their own.

Farm produce is one of those critical healthcare needs that we need to be doing on our own considering the onslaught of genetically modified food stuffs that are in the shelves of most grocery stores today. But city dwellers don’t have space for gardening?

Vertical farming probably will become the wave of the future for food production.

Imagine walking into a high rise building only to find out it was actually a vertical farm. As odd as this sounds, this type of building is popping up in different areas of the world as the idea promises new, environmentally friendly and rapid ways to feed growing populations.

The first commercial vertical farm was built in Singapore by Jack Ng who is an entrepreneur looking to supply food to Singapore’s densely populated city without having to buy a lot of highly priced land around the city. His vertical farm method is energy efficient, simple and mixes some ancient practices with new ones. The tower is modern and clear, so it looks great and allows sunlight into the the building for the plants. The produce grown in the building is sold under the name SkyGreens. You can find out more about how this vertical farm works in the video below.

In March of this year the largest vertical farm is set to open up in Scranton, New York. The farm was built by Green Spirit Farms and only utilizes about 3.25 hectares of land (about 8 acres.) Considering the average farm is about 300 acres, using only a fraction of the land to provide food to locals indicates the efficiency of the farming method. This farm will use plant racks that utilize soil-free hydroponics systems and will be lit by LEDs that mimic sunlight. The entire system of rotation can be monitored and adjusted by software using something even as simple as a smartphone. This new farm is set to grow 14 lettuce crops each year, spinach, kale, tomatoes, peppers, basil and strawberries. The projected output is said to be about 10 times greater than the first vertical farm Green Spirit Farms built in 2011.

Although sunlight is used as much as possible in vertical farms, some are using windowless operations and some with lights like LEDs that re-create sunlight. This might make us question whether or not the plants will be getting the right type of light to grow properly. Since nutrients mainly come from soil or hydroponics systems, the only question is whether or not using artificial light instead of sunlight provides an equal product. Current research suggests that grow lights can provide plants with light spectrums they need and are useful to harden seedlings if the weather is still harsh. But, researchers seem to agree that growing plants with real sunlight is much better than using artificial light.

This idea certainly can have useful implications, but personally I feel that each farm should use as much sunlight much like the Singapore design did. Innovation is always a positive step but naturally I feel some things are meant to contain as many natural elements as possible.

Considering much of the worlds food is flown or driven around a great deal before it reaches its destination, these vertical farming practices can provide food to people locally. This is important because as food is picked from the ground, plant or tree, it begins to lose its nutrients over time. The faster food gets to your dinner plate, the more nutritious it is. Not only that, but certain produce items are picked when they aren’t quite ripe so that they can be ripe when they get to their destination. By nature, this also means the food isn’t as nutritious.

Growing locally is certainly the most ideal way to feed the world. While not all climates can grow every type of produce, we also need to remember that we can get more in tune with eating fruits and vegetables that are in season versus relying on eating from other places around the world. Vertical farms might be one possible solution that can help extend the range of foods that can be grown in certain areas, as well as create unlimited growing seasons for certain foods.

With nearly 20,000 people per square mile, Singapore doesn’t really have room for farms 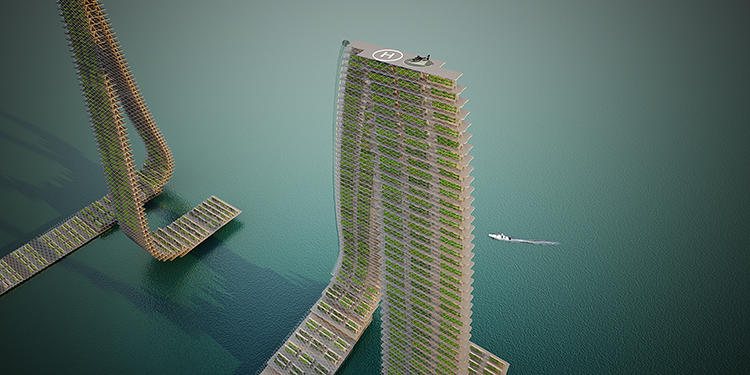 As one of the densest countries in the world, with nearly 20,000 people per square mile, Singapore doesn’t really have room for farms. Almost all of the food there is imported from elsewhere—sometimes as far away as Brazil or Argentina. But could floating vertical farms make local food a reality?

Architects from Barcelona-based design firm JAPA have proposed a new system of looping towers that could float in local harbors, providing new space for year-round crops. Called F.R.A., short for “floating responsive architecture,” the design is inspired in part by floating fish farms that have been in use locally since the 1930s.

The unusual shape is intended to save space and maximize the light that reaches plants. “We used the sun as a design driver,” says Javier Ponce, principal from JAPA. “The loop shape enables the vertical structure to receive more sunlight without having significant shadows.”

Throughout the towers, a network of sensors would monitor crops and communicate in real time with networks in the city.

The architects envision creating a data management system that would keep track of how much food people are buying, so the farm can automatically adjust production. “The system will aim for zero food waste,” Ponce says. 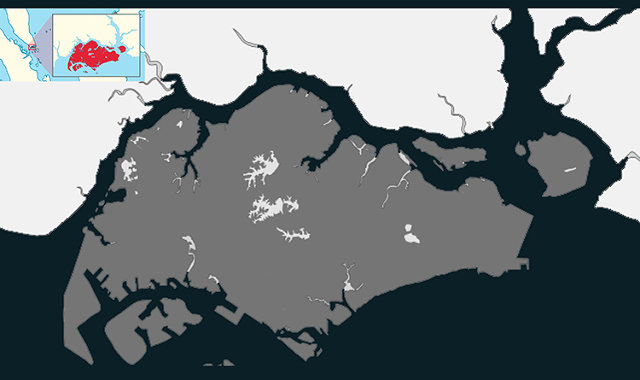 Though the design is just a concept, the architects hope to collaborate with the government in Singapore—along with local technology companies and food-related organizations—to keep pursuing it. “A set of prototypes on a smaller scale could be an interesting starting point,” says Ponce. The designers are currently researching how much energy the system would require and how much food it might be able to produce.

Something similar could also be used in other countries with densely-populated coastlines. “As one example, we are watching fast growing cities in China,” Ponce says. “We believe these types of initiatives can be applied closer to the existing and new emerging urban centers in order to help mitigate the future food issue. This can transform a city’s nearby territories into more stimulating environments, capable of self-producing quality food in order to avoid massive imports from abroad.”