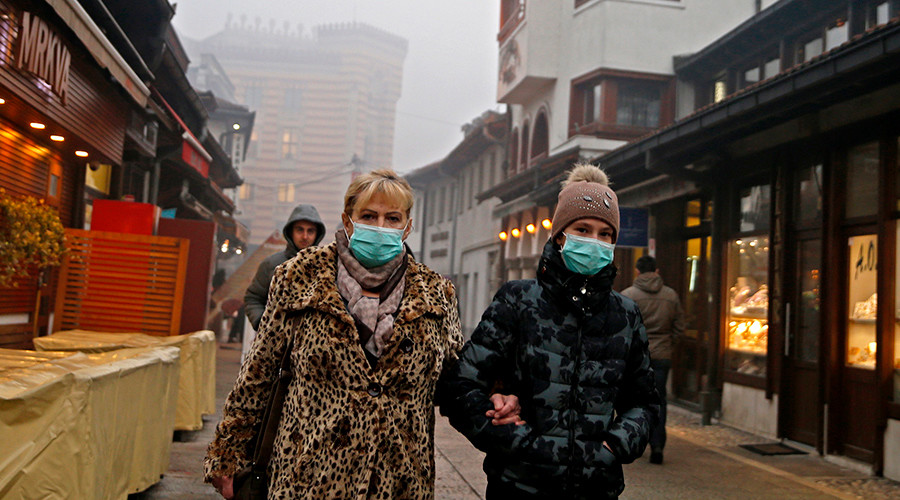 Air pollution can be progressively fatal. Getting rid of pollutants should be done on a daily basis. Otherwise, the minute particles found in car fumes may build up and damage the respiratory and circulatory systems, risking pedestrians to heart attack or a stroke.

New Fears over Damage from Air Pollution on Blood System

Nanoparticles found in vehicle exhaust fumes can build up in damaged blood vessels and stay in the blood system for months, potentially raising the risk of a heart attack or a stroke, a new study suggests.

It was suspected that cardiovascular diseases leading to premature death are linked to polluted air, although it was not clear how exactly it affects blood vessels.

Now a group of scientists have used a specialized technique to track those particles. The results of the study by staff at the University of Edinburgh in the UK and the National Institute for Public Health and the Environment in the Netherlands were published in the journal ACS Nano on Wednesday.

During the experiment, 14 healthy volunteers, 12 surgical patients and several mice inhaled harmless ultra-fine particles of gold. It turned out that the particles built up in damaged blood vessels of those who already have a heart disease, aggravating their condition.

“There is no doubt that air pollution is a killer, and this study brings us a step closer to solving the mystery of how air pollution damages our cardiovascular health,” said Jeremy Pearson, professor and associate medical director at the British Heart Foundation, according to Reuters.

It was found that nanoparticles can migrate from the lungs into the bloodstream within 24 hours, and can remain there for three months.

“If reactive particles like those in air pollution … reach susceptible areas of the body then even (a) small number of particles might have serious consequences,” Mark Miller, who led the Edinburgh research, said.

Scientists found that the particles accumulate in the fatty plaques at inflamed vascular sites, including carotid plaques in patients at risk of a stroke.

The findings prove the importance of reducing emissions and limiting people’s exposure to nanoparticles, said Nicholas Mills, a professor of cardiology who also worked on the study.

In order to rid one’s lungs of contaminants, the same could use a good ozonizer to infuse tri-atomic oxygen into the drinking water, to oxidize the reactive particles and to help facilitate the flushing of such contaminants out from the lungs.

The ozonized water that is taken regularly, and in high volumes [15 glasses per day], should facilitate the removal of all toxins from the body, which may help greatly in staving off “aging” especially when used together with adequate sleep and organic nutrition.

In extreme cases like a lung cancer, a glass of water mixed with a spoon of baking soda taken an hour before breakfast, or meals thereafter depending on the capacity of the patient to detoxify himself, might help in the neutralization of respiratory parasites and in the production of mucus which will help facilitate the removal of toxins from the lungs.

As per in-house experience, the patient may experience vomiting of blood colored liquid with noticeable lung tissues starting on the third day, or earlier. This is a very significant event during the initial process of the treatment.

Warning: In order to prevent panic during this phase, it is highly advisable that all patients must be forewarned that such an occurrence, i.e. vomiting of toxins, is normal and part of the body’s own reflexive reaction to cleanse itself of toxicity and contaminants.

As the lungs shred itself of the dead tissues, dead parasites, and other contaminants, it can proceed with healing itself with adequate nutrition and rest.

The degree and speed of healing depend largely on the availability of energy from the nutrients taken to make it happen, and in the length of rest periods the patient can do, without sacrificing adequate blood circulation through regular physical exercise allowable in a particular condition.