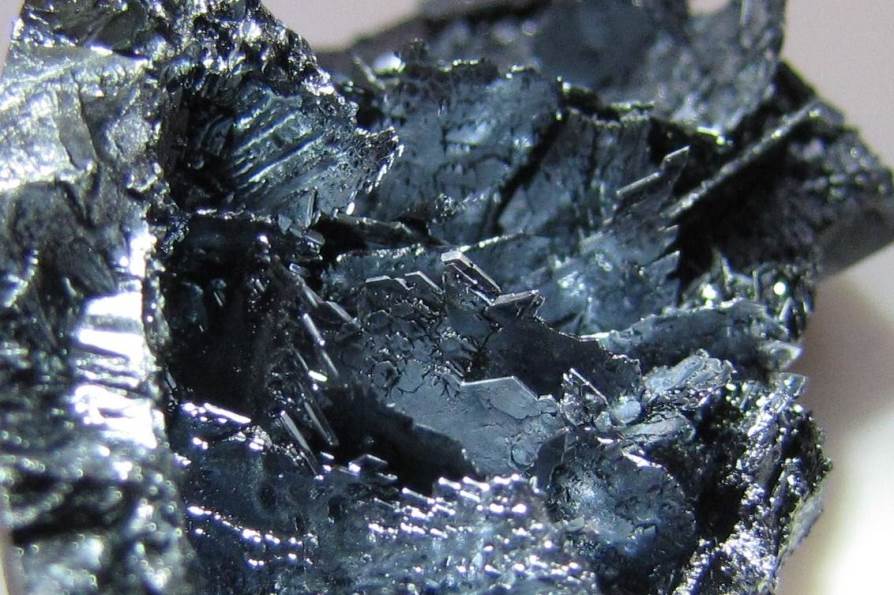 Even with the best alternative doctors, there’s a healthy debate on whether a given treatment is useful or not. Is iodine useful for cancer treatment, among other ailments, or not?

That’s one of the disadvantages of using chemical treatments, and that’s for the doctors to debate on.  We have a better option.

Iodine to the Rescue

Anyone who tells you to stay away from iodine is a medical idiot. Actually that statement does not cover the story of medical cruelty and the pharmaceutical terrorism that is centered on iodine phobia that is rampant in the medical world today. One of my neighbors, who has cancer, recently visited the Gerson Clinic in Mexico and came back with a protocol suggesting one drop of Lugol’s a day.[1] I of course have him taking much more.

Dr. Gabriel Cousens recently wrote, “Recently Dr. Mercola surprisingly stated that the highest amount of daily iodine intake should be no more than 400 micrograms. This is only slightly higher than the FDA recommendation, which is 150-290 micrograms daily, dependent upon age, gender and life cycle. However, it is dramatically less than what some of the leading iodine medical experts suggest, as closer to, at least, 12-18 milligrams daily, approximately 45 times higher. Why this discrepancy? And how can Dr. Mercola, who is often so correct in his understanding, in my opinion, miss the mark exponentially?”

The National Institutes of Health specifically cites Lugol’s iodine as being poisonous, and according to the powers that be in the medical world, so is water because it can kill people through drowning. Pure O2 is also very poisonous so they have to add CO2 to oxygen bottles before patients can use it. The National Institutes of Health and every other health and medical organization in the United States do not understand or appreciate the science of low-level toxicities so they allow the use of highly toxic materials in things like vaccines. Thimerosal, which is 50% organic mercury, is a perfect example. It is injected into newborns in many countries around the world and into American babies at age six months.

Cousens states, “Historically, as early as 1911, people normally took between 300,000-900,000 micrograms daily without incident. This is over 2,000 times more than Dr. Mercola’s recommendation. How is it that now only 1/5,000th of this dose is now considered safe? In 1948 there was a poorly performed and, since then, never replicated study alleging what is known as the Wolff-Chaikoff effect. The Wolff-Chaikoff effect suggested that theoretically hypothyroidism could occur as a result of excess iodine. This study indicated a decreased dosage to 2 milligrams daily would be safer. (This is still an amount 5 times higher than what Dr. Mercola is recommending.) Even the Food and Nutritional Board at the Institute of Medicine has set the tolerable upper limit of 1,100 micrograms of iodine daily (3 times higher than Dr. Mercola’s recommendation). Other researchers have used between 3,000 and 6,000 micrograms/day to prevent goiter (14 times higher than Dr. Mercola’s recommendation). Iodine is found in every single one of our body’s hundred trillion cells. Without adequate iodine levels life is impossible. Iodine is the universal health nutrient and brings health on many levels.”

In Dr. Cousens’ essay and in my book, Iodine—Bringing Back the Universal Medicine, we see that much higher levels of iodine supplementation have been used in studies since the early 1900s so where Mercola,[2] or anyone else gets off on suggesting that large amounts of iodine would be harmful is beyond me, especially because we know that high intake of iodine is associated with a lower risk of breast cancer. We also know that low iodine intake is associated with liver cancer.[3]

Women with a history of low iodine levels (hypothyroidism) face a significantly higher risk of developing liver cancer. Researchers led by Manal Hassan of Anderson Cancer Center at the University of Texas concluded that this finding suggested a clinical association between hypothyroidism and hepatitis C, which is contributing to the country’s rising rate of liver cancer.

I reported in my book that Dr. Brownstein uses between 200 and 300 milligrams of iodine daily, with higher doses for more serious and difficult diseases. In perspective, this seemingly “high” dose is still far lower than what the 11th edition of the 1910-1911 Encyclopedia Britannica cites as the “usual” doses of 300-900 milligrams (300,000-900,000 micrograms!) of iodine daily.

“At 6 grams daily (which is 6 million micrograms/day or 6,000 milligrams/day!), a much higher dose, iodine has been used to cure syphilis, skin lesions, and chronic lung disease,” says Cousens. “From a larger physiological perspective, it is important to realize that the thyroid is only one gland of many glands and tissues that needs iodine. Other glands/organs/systems with high iodine uptake are the breasts, ovaries, cervix, blood, lymph, bones, gastric mucosal, salivary, adrenal, prostate, colon, thymus, lungs, bladder, kidney, and skin. Iodine is found and used in every hormonal receptor in the body,” he states.

These are all reasons to ingest higher doses of iodine. With the radioactive iodine circulating from Fukushima the issue with iodine supplementation is now critical, especially for fetuses and very young children.

Newly revealed tapes, obtained under the Freedom of Information Act, show the unconscionable failure of the U.S. Nuclear Regulatory Commission (NRC) to protect California infants from radioactive fallout from the meltdowns at the Fukushima Dai-ichi nuclear power plant in Japan.

NRC officials calculated an annual thyroid dose of 40,000 microsieverts (or 4 REM) for infants under one year of age in California. Per the U.S. Department of Health and Human Services division of Radiation Emergency Medical Management division (REMM), a child’s dose of 5 REM is immediate grounds for evacuation and prophylactic measures. (REM does not specifically reference an infant dose) Thus, the projected government dose of 4 REM was 80% of the suggested evacuation rate.

The negative health consequences of iodine-131 target the sensitive populations of the pregnant, unborn, babies and children up to 10 years of age most aggressively. If iodine-131 is inhaled or ingested it lingers in the body wherein it emits radioactive energy that results in internal damage mainly to the thyroid and parathyroid glands.  According to the EPA iodine-131?s short half-life of 8 days means that it will decay away completely in the environment in a matter of months but with devastating affects to the thyroid tissues if God forbid those tissues be deficient in iodine.

The unborn, infants and children have tiny thyroid glands and an overall small body mass. Thus when ingested, a particle of iodine-131 can direct tremendous and damaging energy at cells at a much greater ratio than in an adult.

The children have taken a beating from Fukushima but only a handful of people seemed concerned. The first way we as parents can show our concern is to stock up the house with iodine and use this essential mineral liberally with our children.

After testing over 500 patients, I found that 94.7% of my patients are deficient in inorganic iodine. – Dr. David Brownstein

Of course most people, doctors and health professionals really don’t get it. You might as well be the Americans at Pearl Harbor and imagine it even worse—as the Japanese planes dive-bomb the ships and everyone just sits there inert, never running for the guns to shoot back.

This is an excellent analogy because the dive-bombers coming in on the jet stream are radioactive particles from Fukushima and the anti-aircraft gun we need to grab in this case is iodine. But don’t shoot back hard says Mercola, use the gun with the least amount of bullets.

I expect a full apology and retraction from Dr. Mercola who has taken it upon himself to address millions of his readers on this most important medical subject. His readers need to know the truth, not just his uneducated or commercially motivated opinion. He cannot turn to the medical literature and defend his position. Dr. Gabriel Cousens did that and the history of iodine’s use annihilates Mercola’s recommendation showing it to have no relationship with medical truth.

I join with Dr. Gabriel Cousens (I only wish he would lighten up his stance on medical marijuana because it is another gun against radiation and every other kind of stress) at this momentous time to confront this issue about the sponge-like nature of our children’s thyroids to radioactive iodine.

Dr. David Brownstein said, “After testing individuals and finding low iodine levels, I began to use smaller milligram amounts of iodine/iodide (6.25 mg/day). Upon retesting these individuals 1-2 months later, little progress was made. I therefore began using higher milligram doses (6.25-50 mg) to increase the serum levels of iodine. It was only with these higher doses that I began to see clinical improvement as well as positive changes in the laboratory tests.”

There are many forms of iodine and please read my lips on this one—they are all good though some are better than others, much better though more expensive. If one cannot find an oral type of iodine, even painting one’s body with topical iodine will help. I do recommend minerals in liquid form rather than solid because of absorption issues.

My favorite iodine, the one I personally use is Nascent and I was involved with the creation of the formula. For many months I switched to less expensive Lugol’s and felt okay about that but when I came back to Nascent it was to stay. Nascent iodine is iodine in its atomic rather than its molecular form. It is an iodine atom that has an incomplete number of electrons meaning it can hold an electromagnetic charge. Nascent iodine has a large energy release when consumed because energy is saved. Nascent iodine is recognized by the body as the same iodine that is produced by the thyroid so it is absorbed effortlessly by the body. It is not inexpensive so I always recommend Lugol’s and any other iodine even if in pill or topical form.

The information in this essay and in Dr. Cousens’ can save your life or one of a loved one. Iodine is an essential Survival Medicine for the 21st Century. We are also at the very end of the age of antibiotics so watch out and learn to use iodine effectively against just about anything pathogens can and will throw against you. It is getting very dangerous out there in many senses so don’t leave home without your iodine.

And now we hear from the World Health Organization who is warning of a growing drug resistance in sexually transmitted gonorrhea that is becoming untreatable. Additionally an outbreak of a less-common form of E. coli has sickened at least 14 people across six U.S. states and killed a 21-month-old girl in New Orleans, the Centers for Disease Control and Prevention reports. Iodine is effective against E-Coli.[5] Super high dosages of iodine might save the day when nothing else will.

Everyone needs to know how to use iodine—it’s as simple as that.