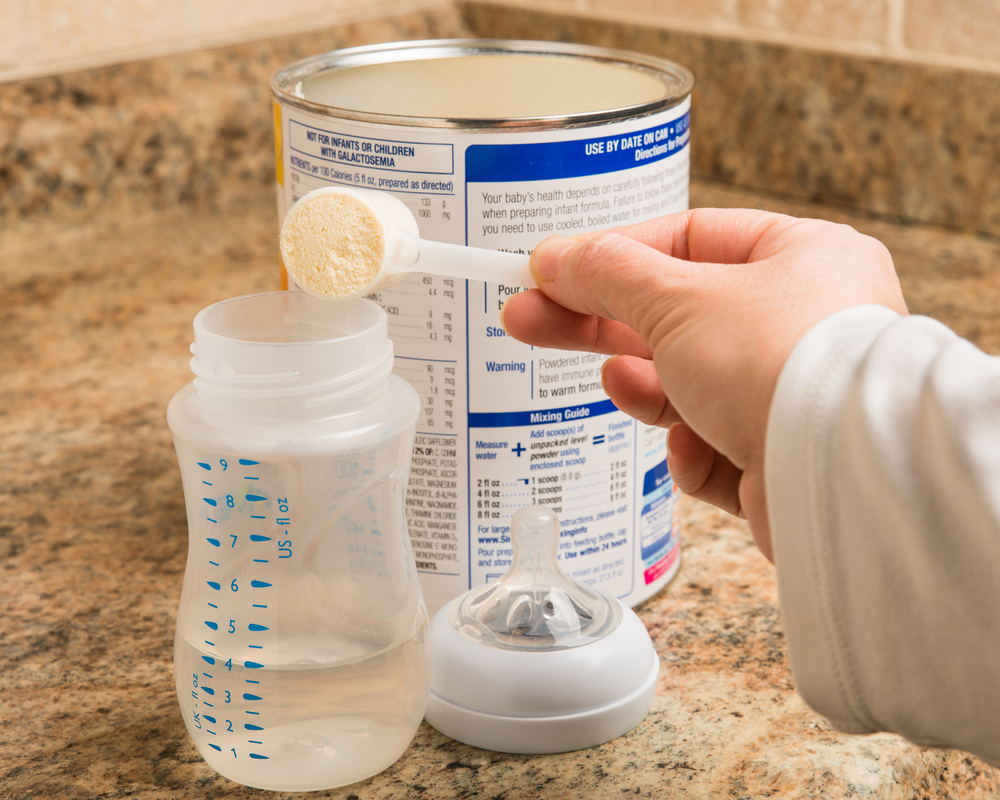 People around the world are being misled by those carefully designed packaging and innocent looking products like baby food, yet when we investigate what’s in them, we might be in for a huge shock.

Heavy metals like aluminum, mercury and lead are a common ingredients, and usually they are cloaked under fancy names purportedly as preservatives.

That’s the price we have to pay for those instant and ready to eat concoctions.  We are induced to patronize those quickies because we don’t have enough time making them by ourselves due to our multiple  shift, 12-hr jobs.

The system is indeed self-sustaining, and we need to find away to live outside of it.

According to UNICEF, over 130 million babies are born each year worldwide, which means all those parents must start caring for their new children. The most basic care of a newborn involves the nutrition it receives in the form of breast milk or baby formula. While the numbers are not concrete, we can safely estimate that there are millions of infants who receive formula instead of natural breast milk. With that being said, can every caregiver trust the formula?

Infant formula is specifically constructed with ingredients that are essential for healthy development; however, some ingredients have made their way into some formulas which aren’t essential for development. Dr. Christopher Exley, a funded CMSRI researcher, found aluminum in both ready-to-drink milks and milk powders across 30 different infant formula products. While at first this may not seem unsettling, aluminum is a non-essential metal in the body and is consider a neurotoxic. So why is aluminum an ingredient in baby formula?

Some research has already suggested that aluminum can pose chronic health risks and is typically found in numerous vaccines. Studies have pointed out strong evidence that aluminum disrupts neurological development leading to conditions like Autism, Crohns Disease and even some cancers. Dr. Exley collected 30 samples of infant formula that can be regularly purchased from retailers in the UK. During the study, each sample was stored according to the manufacturers’ instruction and was tested immediately upon opening.

Taking the 30 samples of infant formula and their results, it should raise awareness to the public that manufacturers are potentially causing ill effects to their children. This should call to action legislation, regulatory mandates and consumer advocacy campaigns to reduce the amount of aluminum found in infant formula.

(NaturalNews) Aluminum. It is the most abundant metal found naturally in the earth’s crust. But new research published in the journal Frontiers in Neurology warns that constant exposure to it can lead to Alzheimer’s disease and other forms of dementia, which typically lead to early death.

Pharmaceutical drugs, processed foods, tap water, antiperspirant deodorants and even infant formulas all contain aluminum, say researchers. And the extreme levels to which many people are being exposed in the modern age has triggered an epidemic of brain damage and early death.

Professor Christopher Exley of Keele University, who has studied the effects of aluminum extensively, found that these everyday exposures are a major contributor to Alzheimer’s, the direct effect of the metal slowly accumulating in the brain and causing neuronal damage.

A professor of bioinorganic chemistry at Keele’s Lennard-Jones Laboratories, Exley refers to today as the “aluminum age,” noting that modern man is now exposed to aluminum through many sources. And even though the human body is capable of eliminating it, aluminum often accumulates faster than it can be expelled, leading to brain-related illnesses.

In his latest research, Exley describes aluminum as an “ecotoxin” that very few scientists are taking seriously. Citing earlier research on the metal, including some that he helped pioneer, Exley warns that aluminum causes the most damage over time rather than acutely, which is why many scientists remain complacent about it.

When certain toxicity thresholds are reached, typically when more aluminum is being ingested than naturally expelled, disease quickly begins to manifest. But the symptoms of aluminum toxicity can vary, which is partially why it gets overlooked when coming up with a diagnosis.

But evidence shows that, in cases of dementia, sufferers typically have greatly elevated levels of aluminum in their brains. This is due to the fact that aluminum can cross the blood-brain barrier when excessive levels of it are present within the body.

“The presence of aluminum in the human brain should be a red flag alerting us all to the potential dangers of the aluminum age,” said Exley. “We are all accumulating a known neurotoxin in our brain from our conception to our death. Why do we treat this inevitability with almost total complacency?”

Further details about how aluminum accumulates in the body, and why it tends to gravitate towards brain tissue, can be found in the full text of the study:
Journal.FrontiersIN.org.

As previously mentioned, aluminum is everywhere these days. Some municipal water supplies add it in the form of aluminum sulphate to make drinking water appear clearer, and thus cleaner. Processed cookies and cakes often contain it as a raising agent as well.

Everything from food coloring, tea, cocoa, wine and sparkling beverages to toothpastes, sunscreens and various other cosmetics contain aluminum. Even popular pharmaceuticals like aspirin and antacids contain it as an additive, as do many childhood vaccines, typically in the form of thimerosal, which is roughly 50 percent ethylmercury by weight.

“The [aluminum] content of a range of well known brands of infant formulas remains high and particularly so for a product designed for preterm infants,” explains a 2010 study published in the journal BMC Pediatrics.