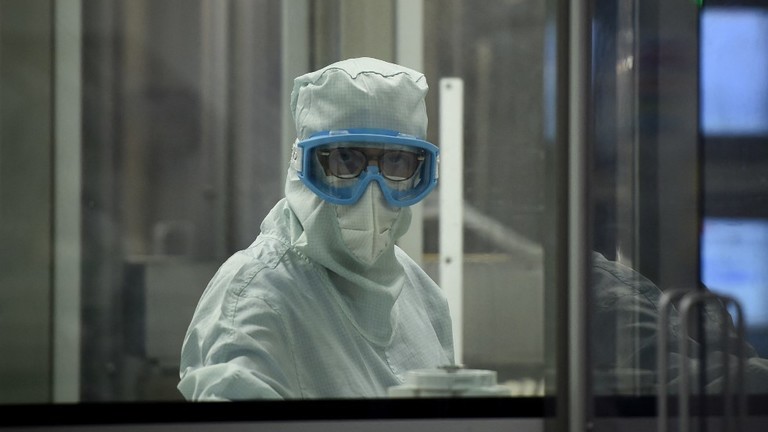 With the US federal government’s stock of vaccines for residents running out, Moderna now plans to raise the cost of its vaccine from $26 to up to $130 in a decision that understandably has Americans pissed.

One of those leading charge against this obvious price-gouging has been Independent US Senator Bernie Sanders who notes – in addition to the fact that US taxpayers bankrolled the entire research and development of the vaccine to the tune of $1.7 billion and guaranteed billions of dollars in sales figures across the world – is the fact that it only costs $2.85 to produce a single dose.

It shows the unbridled greed of Big Pharma and the US capitalist class in general, who are willing to price out poor and working-class Americans from a potentially life-saving drug. That is especially pronounced when the country is stuck in a virtual case plateau, where tens of thousands are hospitalized every week and hundreds are dying every day, which is obviously contributing to declining US life expectancy.

In virtually every other civilized country, such a thing would not be possible. There are laws in place to protect consumers and patients. Not so in the US: Big Pharma is essentially free to set prices as it sees fit despite the detriment to public health.

As Sanders notes, there was a time in our country when drug makers acted for the public good. For example, when Jonas Salk invented the polio vaccine, he refused a patent for it that could have easily made him a billionaire to the tune of $7 billion. But Moderna CEO Stéphane Bancel, who is pushing a taxpayer-funded COVID-19 jab, became a billionaire overnight and is worth $6.2 billion. The juxtaposition could not be more illustrative of how things have changed.

The US government has a legal right to set a price cap on drugs and medicines that it helped develop via public funds. In order for the US to effectively “live with the virus,” this must be a prerequisite. Jabs must be affordable and accessible. They are neither at this point. On my latest trip to the US to obtain a bivalent booster in rural America, it was downright impossible. New York was another story. There were kiosks on every corner to promote the jab – but not in the American heartland. We cannot have an unequal, disjointed medical system.

Furthermore, this insane corporate greed lends credence to those who see the jabs as a conspiracy or at least a hand-up to Big Pharma. With these decisions being made by pharma execs, how can you blame them? I don’t count myself in this group – but I can easily see their point in light of this news. When the status quo – that you get your jab and get a booster of every few months or so – lines the pockets of billionaires, how could anyone see this as moral or desirable? I am pro-public health but disagree with the principle of enriching billionaires.

Not only will this affect the pockets of average Americans, many of whom are uninsured, but it will also significantly impact the budgets of programs like Medicaid, which provides healthcare for low-income families. This will further burden taxpayers downstream by raising the program’s price tag. The cost in terms of dollars and lives will be in the millions (minimum) and the thousands respectively, though it is difficult to estimate at this time.

Moderna has made an estimated $19 billion in two years’ time and given lavish compensation packages to its executives on the back of taxpayer money and guarantees. In addition to the aforementioned billionaire Moderna had produced, there is a laundry list of others. And all of this during a pandemic that has killed over 1.1 million Americans. This is unconscionable.

I cannot think of a single justification for this price rise other than benefiting Moderna shareholders. None. The purpose of the taxpayer money we forked over was to defend public health. Well, Moderna could clearly give a damn. This is immoral beyond belief and the company must be held accountable for its behavior – whether by the government or the public.

Bradley Blankenship is an American journalist, columnist and political commentator. He has a syndicated column at CGTN and is a freelance reporter for international news agencies including Xinhua News Agency. Follow him on Twitter @BradBlank_