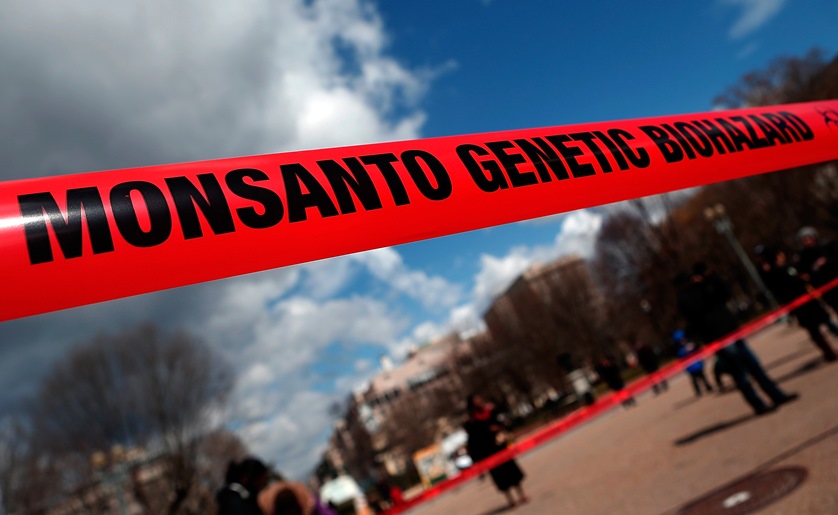 Clearly, an investigation of large-scale government corruption by this singularly destructive corporation is long overdue. The U.S. Department of Agriculture has been taken over by an outside organization.  RootsAction has launched a campaign demanding a Congressional investigation.

The organization is called Monsanto.

Monsanto is, of course, the world’s largest biotech corporation.  These are the people who brought us Roundup weed killer and the resulting superweeds and superbugs, along with growth hormones for cows, genetically engineered and patented seeds, PCBs, and Agent Orange — which Monsanto now wants us to use as herbicide on genetically engineered corn and soybeans.

This chemical company — responsible for environmental disasters that have destroyed entire towns, and a driving force behind the international waves of suicides among farmers whose lives it has helped ruin — has monopolized our food system largely by taking over regulatory agencies like the U.S. Department of Agriculture.

A recent study links Roundup to autism, Parkinson’s, and Alzheimer’s.

The takeover has been thorough.  Monsanto’s growth hormones for cows have been approved by Michael Taylor, a former Monsanto lobbyist turned USDA administrator and FDA deputy commissioner.  This was after Margaret Miller, a former Monsanto employee, oversaw a report on the hormones’ safety and then took a job at the FDA where she approved her own report.

The recently passed and signed law nicknamed the Monsanto Protection Act strips federal courts of the power to halt the sale and planting of genetically engineered crops during a legal appeals process.  The origin of this act can be found in the USDA’s deregulation of Roundup Ready sugar beets in violation of a court order.  The USDA argued that any delay would have caused a sugar shortage, since Monsanto holds 95% of the market.

The revolving door keeps revolving.  Monsanto’s board members have worked for the EPA, advised the USDA, and served on President Obama’s Advisory Committee for Trade Policy and Negotiations.

Clearly, an investigation of large-scale government corruption by this singularly destructive corporation is long overdue.  RootsAction is asking everyone concerned, wherever you are in the world, to join in demanding the opening of that investigation right now.