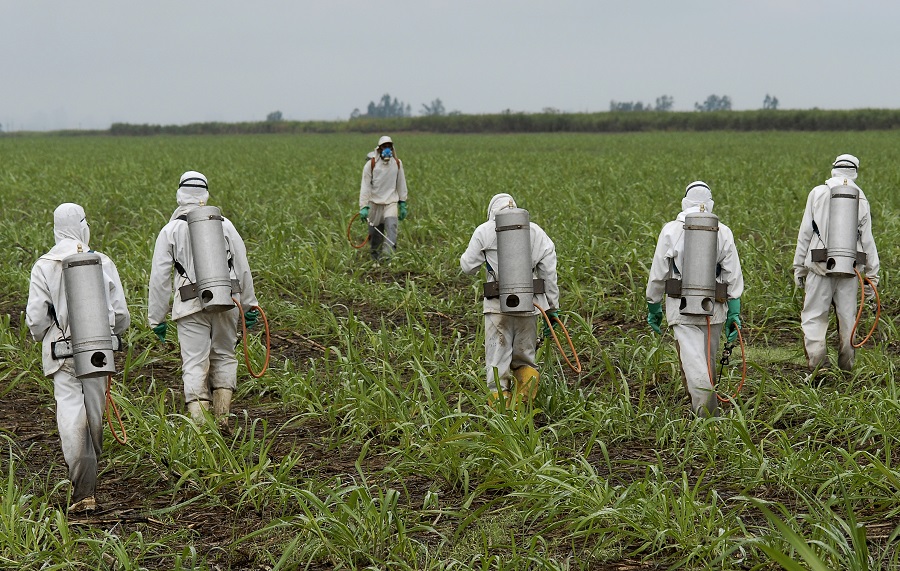 The Monsanto Tribunal is an international civil society initiative to hold Monsanto accountable for human rights violations and ecocide. Eminent judges heard testimonies from victims and experts. Then, they delivered a legal opinion following procedures of the International Court of Justice (on April 18th 2017, The Hague).

They concluded that Monsanto’s activities have a negative impact on basic human rights. Besides, better regulations are needed to protect the victims of multinational corporations. Eventually, international law should be improved for better protection of the environment and include the crime of ecocide. Now, it is up to us, the civil society, to spread the conclusions of the Monsanto Tribunal and push for these essential changes.

Monsanto Company is a multinational agrochemical and agricultural biotechnology corporation, and a leading producer of genetically engineered seed and Roundup, a glyphosate-based herbicide. Its past activities involved Agent Orange, herbicide and defoliant used by the U.S. during the Vietnam War, and the polychlorinated Biphenyls (PCB).

The crime of ecocide is a crime of strict liability.

Under the proposed amendments of End Ecocide on Earth and the Ecocide Model Law of Polly Higgins, knowledge and intent are not required for the crime to be constituted, but can be referred to for sentencing purposes. The crime of ecocide is a crime of strict liability. However, it is important to understand this position.

The crime of ecocide as envisioned by EEE does not require knowledge or intent. The knowledge and intent of the defendant are irrelevant to the qualification of the crime of ecocide but would be considered in the determination of the appropriate sentencing. This means that an author could not exclude his/her responsibility by arguing he/she never intended to cause the damage, or did not have the knowledge that the dangerous product been used could have caused such damage. A person is said to have knowledge when this person has reason to know or should have known. The required knowledge should not be an actual knowledge but one relying on inherent danger or highly risky activities that would more likely cause the incriminated offense (crime of ecocide in our case).

Therefore, the author would be liable not for his intent or actual knowledge, but because he has reason to know or should have known that his actions could have caused the damages. The knowledge or the “reason to know” induce a general duty of care in the absence of which one should be liable for her/its “non-intentional” action that has caused significant and durable damage to part or system of the global common or to an ecological system relied upon by any human population or sub-population.

The general principles embodied by the amendments proposed by End Ecocide sustain precisely this consideration.

With regard to the principles embodied by the proposed ecocide law proposal, the liability for the crime of ecocide is carried out by considering, among other, a general duty of care and the precautionary principle. An operator or individual owe a duty of care when undertaking an activity that may potentially undermine the wellbeing, or diminish the peaceful enjoyment by inhabitant. And according to the precautionary principle, the lack of full scientific certainty shall not be used as a reason for postponing cost-effective measures to prevent environment degradation, where there are threats of serious or irreversible damage.

Three elements should then be considered when determining the liability of an author:

The foreseeability element implies respect for the general duty of care or the obligation of vigilance, and the precautionary principle embodied by the EEE amendments proposal. Under this circumstance, the occurrence or manifestation of damages is generally the proof that a reasonable due care was breached. However, in some cases, the liability is retained regardless of the author’s performance of reasonable care. This is the case when the activities undertaken by their authors are dangerous. Under the European Commission (EC) Directive 2004/35/EC, 5 operators carrying out dangerous activities and listed in Annex III of the directive fall under strict liability.6

Genetically modified organisms are classified as dangerous activities under the aforesaid Annex III.7 Therefore, the occurrence of damages resulting from the manipulation or dissemination of GMOs is sufficient to establish liability.

a. Toxicity and irremediable impact on the ecosystems and living organisms

b. Allergenicity, and antibiotic resistance, and impacts on human health

From the Complicit Y In War Crimes As Defined In Article 8(2) Of The International Criminal Court by Dr Jackson Maogoto,

That same death sentence that those were given decades ago has been passed from generation to generation. Agent Orange is a generational serial killer. Agent Orange stores itself in the fatty tissue of the primary person exposed and then is thought to mutate the DNA of the conceived child causing many of the same birth defects, diseases, illnesses and ultimately deaths, as are seen in generations of Vietnamese. Hundreds of thousands globally have died and will continue to die drastically before the average human lifespan.

For the last 50 years, Monsanto has gotten away with this crime. The company that dominates global food supply is a very successful commercially entity but also a successful murderer deserving to be tried and convicted. Monsanto will tell you that they were contracted by the United States Government and therefore should have no accountability for the travesties created by Agent Orange. In fact, as the largest producer of Agent Orange, Monsanto themselves knew that the chemical was deadly.

Besides, even in the worst case scenario. It doesn’t take a genius to figure out that there might be serious danger to humans if they are coming into contact with a chemical that turned lush green jungles into barren wastelands in a matter of hours.

Find below all the additional information related to:

Submissions (texts and pictures) from the witnesses, experts and lawyers of the Monsanto Tribunal, ca be downloaded using the links below.