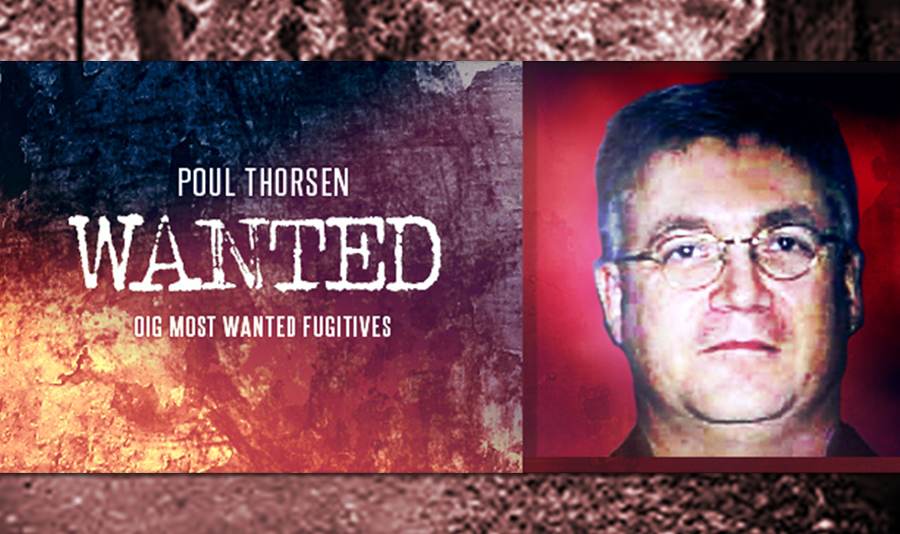 In a new report released September 18, 2017, Robert F. Kennedy, Jr. and his team outlined various criminal acts on the part of employees and consultants for the Centers for Disease Control and Prevention (CDC) whose questionable ethics and scientific fraud have resulted in untrustworthy vaccine safety science.

Among other information, Kennedy has found additional evidence of criminal activity by the CDC consultant, Poul Thorsen, the author and principal coordinator of multiple CDC studies exonerating the mercury-based preservative thimerosal in the development of autism.

The new evidence, recently uncovered by World Mercury Project, shows that Thorsen and his collaborators did not obtain permission from an Institutional Review Board (IRB) to conduct their research, which was published in the New England Journal of Medicine in 2002 and Pediatrics in 2003. In 2011, The Department of Justice indicted Thorsen on 22 counts of wire fraud and money laundering for stealing over $1 million in CDC grant money earmarked for autism research. The product of Thorsen’s work for CDC was a series of fraud-tainted articles on Danish autism rates that, today, form the backbone of the popular orthodoxy that vaccines don’t cause autism.

In 2009, when CDC discovered that Thorsen never applied for the IRB approvals, staff did not report the errors and retract the studies. Rather, FOIA documents show that CDC supervisors ignored the missteps and covered up the illegal activity.

This misconduct, undermines the legitimacy of these studies, which were used to refute vaccine injury claims in the National Vaccine Injury Compensation Program (NVICP). The studies were also used in the NVICP’s “Omnibus” to dismiss 5000 petitions by families who claimed that their children had developed autism from vaccines. These claims, if settled in the claimants’ favor, would have resulted in payouts totaling an estimated $10 billion.

Robert F. Kennedy, Jr., Chairman, stated, “World Mercury Project calls upon Attorney General, Jeff Sessions, to extradite Thorsen back to the U.S. to face prosecution. We also call upon Secretary of Health and Human Services, Dr. Tom Price, to retract the Thorsen-affiliated autism research papers that are the fruit of illegally conducted research.”

Poul Thorsen is a key figure in the shaky research that denied justice to thousands of families whose children suffered a vaccine related neurological injury (brain and nervous system) that developed into autism spectrum disorder (ASD or autism). Thorsen’s influence on US vaccine projects and policies is extensive.

The studies he led had strong influence on the review and outcomes of the Institute of Medicine (now known as the National Academy of Medicine) of the National Academy of Sciences when looking at thimerosal in vaccines. Today, Thorsen is a fugitive from justice since a warrant for his arrest was issued in April 2001. Thorsen was added to the HHS Office of Inspector General’s ‘Most Wanted’ list in April 2012.

POUL THORSEN, 49, of Denmark, has been indicted by a federal grand jury on charges of wire fraud and money laundering based on a scheme to steal grant money the CDC had awarded to governmental agencies in Denmark for autism research.

United States Attorney Sally Quillian Yates said of the case, “Grant money for disease research is a precious commodity. When grant funds are stolen, we lose not only the money, but also the opportunity to better understand and cure debilitating diseases. This defendant is alleged to have orchestrated a scheme to steal over $1 million in CDC grant money earmarked for autism research. We will now seek the defendants extradition for him to face federal charges in the United States.”

“Stealing research grant money to line his pockets, as Poul Thorsen stands accused of here today, cheats U.S. taxpayers and will simply not be tolerated,” said Derrick L. Jackson, Special Agent in Charge of the Atlanta Region for the Office of Inspector General of the Department of Health & Human Services. “HHS/OIG will continue to work closely with our law enforcement partners to bring these criminals to justice.”

Reginael D. McDaniel, Special Agent in Charge of the Atlanta Region for Internal Revenue Service Criminal Investigation said, “Todays global economy demands a high-level coordinated approach by multiple agencies and authorities in the investigation of financial crimes. While schemes often become more sophisticated over time, fortunately, so do our investigative techniques. IRS Criminal Investigation is proud to have shared its hallmark expertise in following the money trail in the scheme alleged in this indictment.”

Besearch had Prosecut01.’8 in the United States are seeking to extradite a Danish scientist researching the relationship between autism and vaccines, who, they allege, stole more than US$1 million in research funding. Poul Thorsen was a visiting scientist at the Centers for Disease Control and Prevention (CDC) in Atlanta in the 1990s.

US prosecutors say that after returning to Denmark in 2002, Thorsen submitted fa1se invoices from the CDC to Aarhus University, which unknowingly funds to his personal account. He was last week charged with 13 counts of wire fraud and 9 of money laundering.

Meeting and conference call notes and other documents.

The CDC’s recently convened Blue Ribbon Panel to examine how the CDC might better review vaccine safety is a step in the right direction. However, I do not hold out much hope because the panel is limited in its scope. Much like the IOM was limited in the outcome they were allowed to draw, this panel is limited to deciding where within CDC vaccine safety monitoring should be housed.

The NIH recently recognized the importance of moving patient safety monitoring out of the NIH. I believe the same should be done with vaccine monitoring. It should be completely removed from CDC’s jurisdiction. The CDC is too conflicted to oversee this function.

Poul Thorsen, a prominent researcher responsible for a series of epidemiological studies which utilized the Danish Psychiatric Central Research Register reviewed in this report was indicted April 13th, 2011 by a federal grand jury on 13 counts of fraud and 9 counts of money laundering based on a scheme to steal grant money the CDC had awarded to governmental agencies in Denmark for autism research.

“Grant money for disease research is a precious commodity. When grant funds are stolen, we lose not only the money, but also the opportunity to better understand and cure debilitating diseases. This defendant is alleged to have orchestrated a scheme to steal over $1 million in CDC grant money earmarked for autism research. We will now seek the defendant’s extradition for him to face federal charges in the United States.”

May 14, 2009 Department of Health & Human Services Official Reprimand for Improper Conduct from Marshalyn Yeargin-Allsopp, MD to Diana Schendel: As part of an ongoing investigation related to funding irregularities with the Denmark Cooperative Agreement (~018305 and DD-0230) [sic], CDC staff members were authorized to search all e-mails of those in authority related to the Denmark Cooperative Agreement. In so doing, it was discovered that a long-term relationship of a romantic nature has been ongoing between you and the Principal Investigator (PI) for the Denmark project, Dr. Poul Thorsen. During this review, it was also noted that in formation of sensitive/budgetary/programmatic nature was shared by you with the grantee (Dr. Thorsen). In addition, intense advocacy to the point of impartiality and lack of objectivity on your part for the Denmark project was witnessed and reported by others to your immediate supervisors. Because of this personal relationship and your official activities as the scientific lead for the Denmark project, there is an appearance of impropriety and lack of appropriate judgement on your part related to this project. Information about the nature of the relationship was apparently known by many outside the CDC and has subsequently come to the attention of the leadership within the NCDBDDD as well as us at Emory University where Dr. Thorsen now has an academic appointment. Because of the unprecedented conflict of interest and lack of objectivity related to this project, you are being directed to suspend all activities as the lead Science Collaborator for this Cooperative Agreement. You will be able to complete analyses already begun, as to be determined by your immediate supervisor.