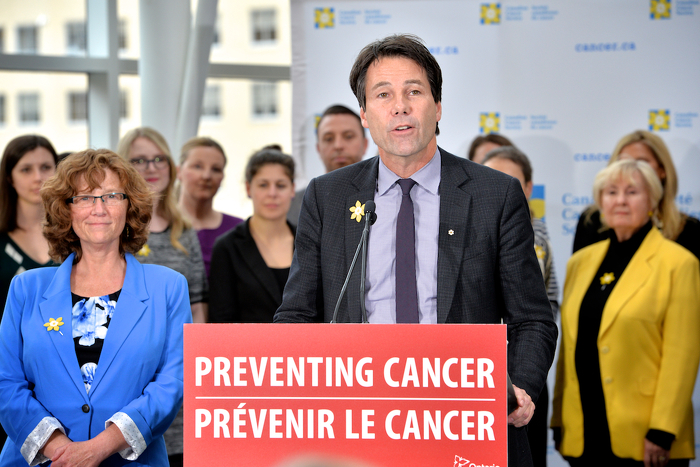 The province of Ontario is now upping the ante against parents who are silently revolting against the march towards mandatory vaccinations by establishing a vaccination registry to track down families who are properly vaccinated and those who aren’t.

Those who are not in the registry will be reeducated, or suffer the consequences.

“Its new Immunization 2020 initiative seeks to build upon decades-old policies requiring by law that students be vaccinated in order to attend school, as well as children attending licensed daycare centers.

From there, Ontario became a leader in all of North America at creating a centralized framework for promoting free vaccination and the creation of a database called “Panorama,” which could “more effectively track and analyze immunization coverage rates for school-aged children.” Admittedly, this was “a critical step in laying the groundwork for a provincial immunization registry for all Ontarians.”

However, despite the massive public funding that has built this system, Ontario is still displeased, and appears to be taking even stronger measures to target compliance for those who remain unconvinced of the touted benefits.  In fact, their first bullet point covering the “pressures” to their 2020 initiative reveals a strange dichotomy given the massively increased exposure the public has had to the official message: “Changing public attitudes and greater hesitancy about vaccines.”

Essentially, this is an admission that in the free market of information, the pro-vaccine argument in Ontario is losing. There are many reasons for this beyond the scope of this article, but one only has to consult the large database of evidence compiled by vaccine researcher Catherine Frompovich to understand the growing hesitancy. Naturally, as the meme above captures so aptly, when the State considers itself to have an unimpeachable idea, it often makes the adoption of those ideas mandatory.

Below is a general outline of the new approach that will be taken to further convince the public from the youngest age possible. (From page 13, additional details follow in PDF)” 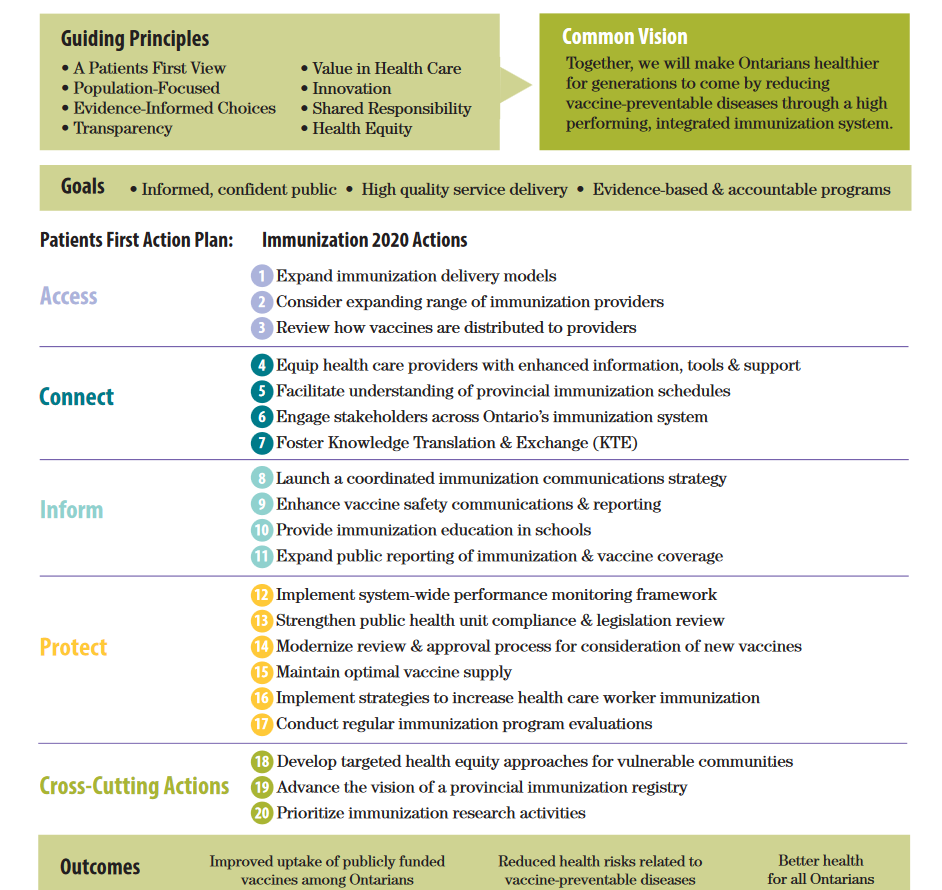 “To be sure, the central theme that will be hammered home is “shared responsibility” and “the greater good” which permits measures that are otherwise completely antithetical to all notions of individual liberty and natural rights. And here is where we begin to see more clearly when mere suggestions can become dangerous non-compliance if not accepted at face value by the public.

On the back of the overarching Immunization 2020 initiative is a new bill called “The Immunization of School Pupils Act” proposed on Thursday May 12th, 2016 which directly targets the remaining vaccine exemptions and will force an “education session” for parents who still insist on medical liberty. This of course presumes that parents who have chosen to opt-out haven’t already undertaken their own self-education, which is the case more often than not, making this demand more accurately titled a “reeducation session.”

The other language throughout this proposal leans toward the draconian, though still discusses a mission of “informed choice.” It is posted here in its entirety with my emphasis added.”

Ontario introduced legislation today that would, if passed, strengthen the requirements to obtain exemptions for mandatory school vaccines and improve how these vaccines are reported.

The amendments to the Immunization of School Pupils Act would require parents and guardians who are considering not immunizing their children for non-medical reasons to participate in an education session delivered by their local public health unit. Parents or guardians would have to complete this session before obtaining a vaccine exemption.

The Immunization of School Pupils Act would also be amended to require health care providers to report any vaccines they administer to children and youth–and that are needed to attend school in Ontario–to their local public health unit directly. Currently, parents are responsible for reporting their children’s immunization records, or “yellow card,” to their own local public health unit. This change, if passed, would make it easier for parents and reduce unnecessary suspensions due to out-of-date immunization records.

Strengthening the exemption and reporting requirements for school vaccines is part of Immunization 2020–Ontario’s five year strategy to improve its publicly-funded immunization program. This supports the government’s plan to build a better Ontario through its Patients First: Action Plan for Health Care, which is providing patients with faster access to the right care, better home and community care, the information they need to stay healthy and a health care system that’s sustainable for generations to come. 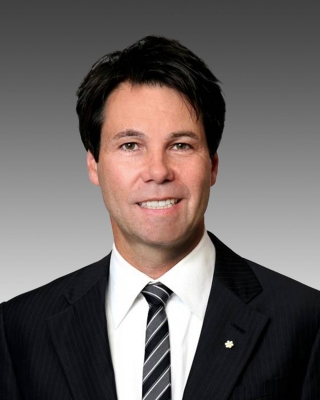 “Choosing to vaccinate your child protects them from disease, and it protects vulnerable children who can’t get vaccinated for medical reasons. That’s why it’s important for parents to keep their children’s immunizations up-to-date. If passed, the proposed amendments to the Immunization of School Pupils Act would help parents and guardians make informed decisions about vaccination. The changes would also make keeping track of their child’s immunization records easier on parents, which contributes to the health and well-being of all Ontarians.”

“Protecting children from serious vaccine-preventable diseases in Ontario is a vital responsibility that we must continue strengthening. The amendments introduced today reflect this importance, and would, if passed, help certain parents and guardians make fully informed decisions about the health of their children, and improve how coverage of mandatory school vaccines is reported across the province.”

We must collectively repel this continuing attack by the medical cartel through the subjugated government on our well-being before it’s too late.