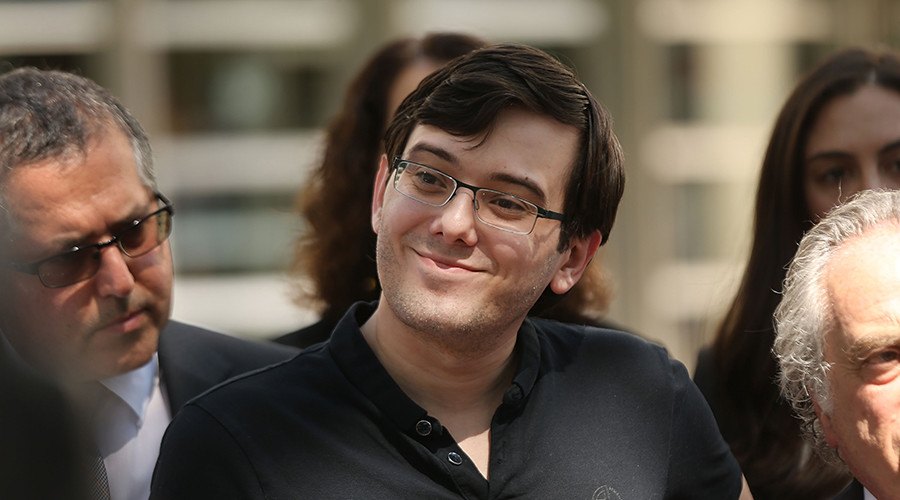 Eccentric former pharmaceutical CEO Martin Shkreli, dubbed “the most hated man in America,” has been convicted of fraud for deceiving investors in a pair of failing hedge funds. His defense team argued that his investors made hefty profits.

Prosecutors in the five week trial accused Shkreli of repeatedly misleading investors about what he was doing with their money.

Shkreli, 34, told “lies upon lies,” including claiming he had $40 million in one of his funds at a time when it only had about $300 in the bank, Assistant US Attorney, Alixandra Smith said in closing arguments, reported AP.

Prosecutors said he kept making horrible stock picks which forced him to cook up schemes to recover millions in losses.

The federal trial “exposed Martin Shkreli for who he is really is – a con man who stole millions,” said another prosecutor, Jacquelyn Kasulis.

Shkreli, who comes from an Albanian family in Brooklyn, was arrested in 2015 on charges he looted Retrophin, another drug company he founded, of $11 million in stock and cash to pay back hedge fund investors.

Investors took the witness stand to accuse Shkreli of keeping them in the dark as his scheme unfolded.

Complicating the case however, was testimony from some wealthy financiers in Texas, who conceded that Shkreli’s scheme made them richer, in some cases doubling and even tripling their money on his company’s stock when it went public.

“Who lost anything? Nobody,” defense attorney Ben Brafman said in his closing argument.

Some investors had to admit on the witness stand that partnering with Shkreli was “the greatest investment I’ve ever made,” he added.

Shkreli came to national attention after he purchased rights to a life-saving drug, Daraprim, in 2014, where he promptly raised the price from $13.50 to $750 per pill, leading him to be referred to as “the most hated man in America” and “pharma bro.”

He faces as much as 20 years in prison.