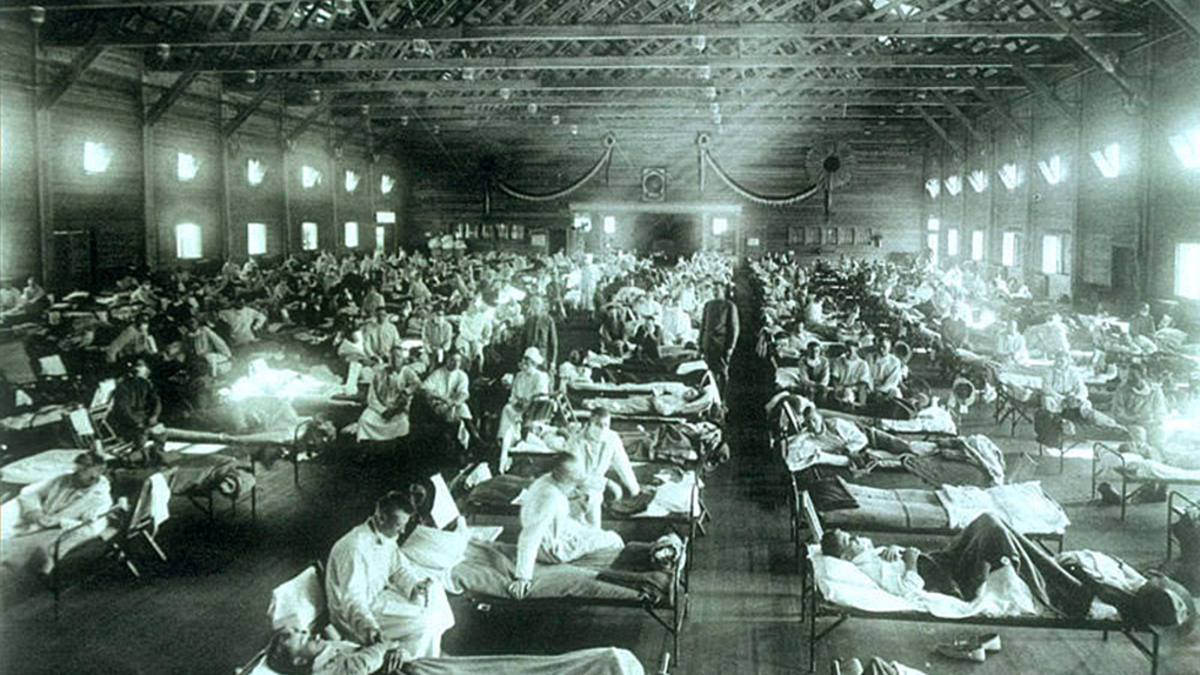 The nature and likelihood of the next pandemic presents many challenges to governments and health organisations, as it could be an unknown pathogen that the world is ill-equipped to contain. The risks associated with such a pandemic has secondary effects as it not only affects human health, but also causes severe disruptions in economic, political, and social areas.

In 2017, scientists and public health organizations warned that the next global pandemic is imminent, and that no country is prepared to confront the coming waves of illness. If the next pandemic is anything like the 1918 Spanish Flu that killed 30 million people in six months, the global population will face unprecedented uncertainty. There is some indication that the next flu outbreak could involve the H7N9 strain, an influenza virus that is not yet highly contagious. H7N9 is a type of avian influenza; the first cases in humans began appearing 2013 in China. This particular strain of influenza has mainly spread through poultry to humans. There are growing numbers of reported cases that are expected to be a result of human-to-human contact.  Scientists hypothesize that the longer the virus circulates in humans who have been infected with H7N9 , the potential exists for the strain to spread to larger populations.

At present, the Centers for Disease Control in the United States rate H7N9 as having a high likelihood of evolving into a wide-spread pandemic. Based on  H7N9 cases in China, scientists know that 88 percent of those diagnosed developed pneumonia, and 41 percent of these patients died. H7N9 will not remain contained within China; as it adapts to the human body, H7N9 has the potential to possibly infect  millions of people globally. The questions that remain are when will H7N9 develop these capabilities, how quickly the virus will spread, and to what degree will it contribute to social instability?

The interconnectedness of the global economy is a blessing, but also the world’s Achilles heel. If H7N9 is the next pandemic, it is likely to affect millions of people and result in high death rates. The world would likely experience a decline in economic output and growth at a devastating scale. Past pandemics are case in point. During the SARS epidemic in 2003, it is estimated that the global economy lost over $30 billion. SARS originated in Guang Dong province, circulated in southern China and Hong Kong before spreading to Canada through international air travel. Ebola negatively impacted economic growth in Liberia, Guinea, and Sierra Leone, and border closures resulted in the decreased movement of goods and services. West Africa lost $2.2 billion as a result of the outbreak. It also spread from West Africa to the United States and Europe as a result of healthcare workers traveling back to their home countries from Ebola-affected areas. Also, the 2015 circulation of Middle East Respiratory Syndrome (MERS) in South Korea, saw tourism decrease by 54 percent, resulting in economic losses.

During an outbreak, slower movement of goods and services, and decreased economic productivity are likely to negatively impact the speed and quality of vaccine development and dissemination. This slowdown could then contribute to the continued spread of a pandemic and compound issues of vaccine production and distribution even further, resulting in a hard-to-break vicious cycle. These secondary effects of pandemic emergencies raise important questions for policymakers. It becomes necessary to consider the benefits of investing in research and preventive measures over the ad hoc implementation of public health protocols during a crisis. The world devotes little to pandemic preparedness; a trend that should be reconsidered given the potential of likely social and economic disruptions that can ensue as a result of one.

Economic degradation could lead to a host of social and political issues. A global economic downturn could lead to lower outputs of vaccines for distribution to affected populations worldwide. It is possible that societies could descend into conflict as tensions escalate over low vaccine stock, long wait times, and concern over who would receive a vaccine that would likely be in scarce supply. A pandemic would disproportionately burden smaller developing countries. These countries would likely have weak public health infrastructure that would not be able to handle the added strain from a major disease outbreak. For instance, during the Ebola pandemic from 2013-2016, Liberia, Sierra Leone, and Guinea were on the verge of collapse due to their overburdened health systems. Public health officials would also struggle to implement health measures to halt the virus’ spread, while at the same time not limit individual freedoms such as travel, going out in public, attending school or work.

The international community has failed to invest in detection technologies and research into new and emerging pathogens. These measures that could keep governments and institutions at a higher level of readiness to face diseases. The international pharmaceutical market is worth an estimated $1 trillion; however, the market for vaccines is only 3 percent. Greater emphasis should be placed on research and development and pandemic surveillance and preparedness as the H7N9, and other dangerous strains, continue to mutate.

The risk of pandemic spillover

New infectious diseases have emerged in all regions of the world every year for the last 30 years . Prior to the large increase in international travel, pandemics were often well contained because travel was either difficult or limited due to terrain or distance. As the global community becomes increasingly connected, the risks of infection are greater, and so are the risks associated with spillover of a virus, such as H7N9 from animals to humans. This trend is predicted to become more prevalent over time, as other viruses spread across species and eventually to humans.

Viruses and bacteria that crossover between species are likely to wreak havoc on economic and social stability as countries struggle to aid victims and prevent future cases. Though the world may not know when the next pandemic will hit, or even if it will be H7N9, governments and international organizations should be well-equipped. Early preparations for the potential secondary and tertiary disruptions to economic and social spheres will be crucial to limit chaos. The ability of national authorities to demonstrate an open and informative relationship with their citizens during a pandemic (or any other emergency) is fundamental to a population’s ability to cope with unconventional health threats.

Predicting the next global pandemic