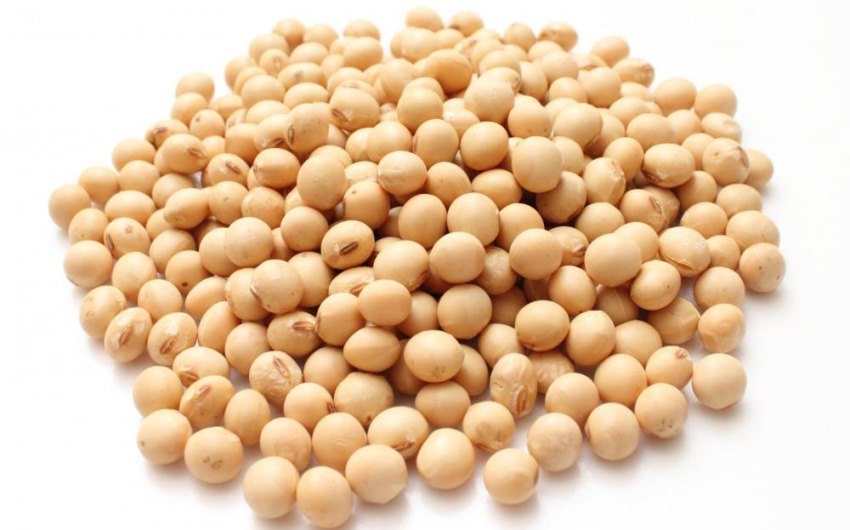 Whether you call it soybeans or edamame, the bottom line is the same: soy should not be eaten by anyone pursuing good health. By now, it’s well known in the natural health community that almost all soy is genetically modified, but what is not so well known is that instead of contributing to nutrition, soybeans and most of the products made from them may actually rob the body of nutrients, destroy thyroid function, and cause developmental problems in infants and children.

In the late 1990’s, the FDA allowed the soybean industry to make a health claim about soybeans, and marketers jumped at the chance to capitalize on the event. Since then, sales of soybeans have skyrocketed, and an amazing array of products made with soy has proliferated store shelves.

But contrary to popular belief, soy is not a health food, and now is the time to get off the soy bandwagon.

In their natural form, soybeans contain phytochemicals that have negative effects on the human body. Three major anti-nutrients found in soy are phytates, enzyme inhibitors, and goitrogens. All plants have some anti-nutrient properties, but the soybean is especially rich in these chemicals. If they aren’t removed by extensive preparation such as fermentation or soaking in the Chinese way of making natto, tempeh or miso, soybeans are one of the worst foods a person can eat.

While Americans have been consuming soy products at record levels, research has linked a whole host of health problems to soy consumption, including:

Unfermented soy consumption has also been linked to:

In addition to the health conscious who have been buying up soy products, the groups most at risk of experiencing negative effects from soy appear to be infants fed soy based formulas, vegetarians eating a high soy diet, and mid-life women going heavy on the soy foods thinking they will help with symptoms of menopause.

1. Phytates from Soy Rob the Body of Essential Minerals

All legumes contain phytate (also known as phytic acid) to some extent, but the soybean is loaded with it. Phytate from unfermented soy products works in the gastrointestinal tract to tightly bind minerals such as zinc, copper, iron, magnesium, and calcium – one of the main reasons soy has been linked to osteoporosis. Pytate has a particularly strong affinity for zinc, a mineral that is critical in avoiding breast cancer while supporting wound healing, protein synthesis, reproductive health, nerve function, and brain development.

In most legumes such as other varieties of beans, soaking is enough to break down most of the phytate content. However, the soybean requires enzymes released in the fermentation process to reduce its phytate content to the point where it becomes fit for consumption.

Soybeans, edamame, soy milk, soy chips, soy protein bars, soy flour, soy protein isolates, and all the other products made from soybeans and advertised as health foods are not fermented and contain astronomical levels of phytate. These products are simply junk, and not fit for human consumption.

When food is eaten, digestive enzymes such as amylase, lipase, and protease are secreted into the digestive tract to help break it down and free nutrients for assimilation into the body. The high content of enzyme inhibitors in unfermented soybeans interferes with this process and makes carbohydrates and proteins from soybeans impossible to completely digest. When foods are not completely digested because of enzyme inhibitiors, bacteria in the large intestine try to do the job, and this can cause discomfort, bloating, and embarrassment.

Soybeans have a high content of goitrogens, substances that can block the production of thyroid hormone as well as cause goiter formation. This is important because low thyroid activity plagues women in America, particularly middle-aged women.

Thyroid hormone stokes the cellular furnaces known as mitochrondria. So when thyroid production is low, energy levels as well as body heat are also low. Low thyroid level is one cause of elderly people moving so slowly. Low thyroid also means the action of the heart is reduced, resulting in lack of oxygen to the cells.

Genistein, an isoflavone found in soybeans, can block thyroid production, too. Phytate accentuates these effects because it binds up zinc and copper, leaving little of these critical minerals available to make thyroid hormone.

A transport protein called GLUT1 is shut down by genistein. This protein sends glucose into the cells where it is used to generate energy. Slowing the transport of glucose means less energy production for every other action in the body.

Another way in which soy isoflavones reduce energy is by inhibiting tyrosine kinases, enzymes involved in the transfer of energy from one molecule to another. These enzymes drive cellular division, memory consolidation, tissue repair, and blood vessel maintenance and regeneration.

4. The Benefits of Genistein Come at a High Cost

Women have been encouraged to use high genistein soy products to alleviate symptoms of menopause and as a guard against bone loss and breast cancer. But given the full range of effects genistein has in the body, this is a bad idea. Commercial soybean products offer genistein levels as high as 20 to 60 mg per serving. Asians are presented as an example of the benefits of eating soybeans, and their incidence of breast cancer and osteoporosis is low. However, the Asian diet of fermented soybean products such as miso and tempeh includes only around 5 mg of genistein a day. Unfermented soy is not usually consumed.

Genistein slows the growth of blood vessels to tumors, another action that makes it popular as a cancer fighter. However, it has the same effect on blood vessels serving normsal cells. Eating a regular diet high in genistein can result in the starvation of healthy blood cells, and a reduction in their oxygen supply.

In the late 1990’s a study of 8,000 Asian men showed that those consuming the highest amounts of tofu had smaller brain size and nearly three times the rate of senile dementia as those who ate the lowest amounts.

When fermented soy foods are used in small amounts they help build the inner ecosystem, providing a wealth of friendly microflora to the intestinal tract that can help with digestion and assimilation of nutrients, and boost immunity.

Dr. John Lee, famed professor from the Harvard Medical School and author of several books on women’s health, recommended that people wishing to consume soy eat only miso, tempeh and natto. Small amounts of tofu can also be eaten but only in the Asian manner of accompanying it with high protein and high mineral foods.