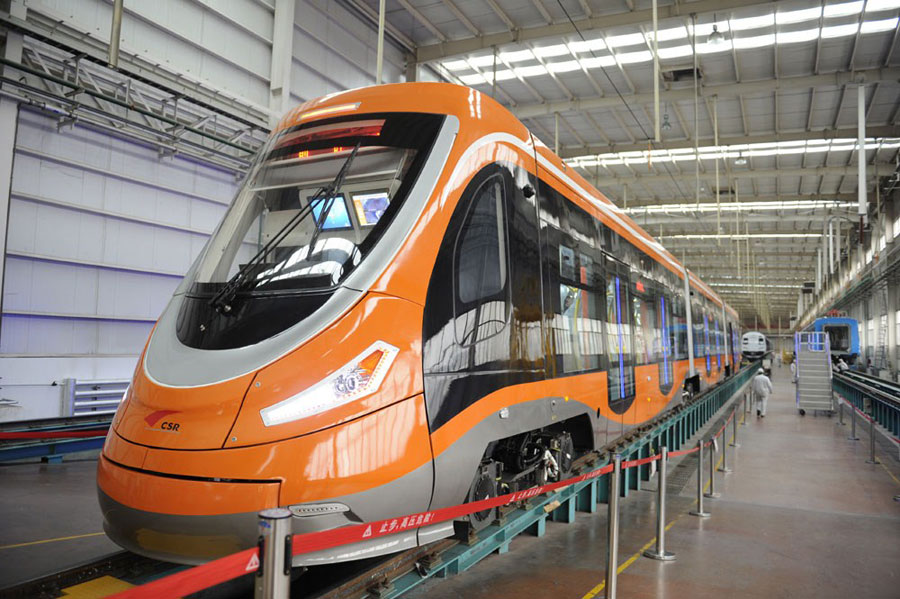 The technology to use water as fuel is as old as the steam engine in conjunction with the discovery of electricity itself. But it’s sad when people seem to just laugh about it.

If they only realize that with the same volume, water has far more energy than gasoline and all other conventional fuels combine…

Maybe it’s the failure of the educational system to preserve the creative instinct of the individual, only shaping his mind to the needs of the industry.

The solution is always been the refusal to accept the limits of what is already possible, and the courage to venture into the level of certainty that is presently unknown.

Trams fueled by hydrogen could soon be appearing on the streets of China. The country has mastered the technique of using this clean energy source, which has been widely used elsewhere for cars and other forms of mass transport.

According to Liang Jianying, who is the chief engineer of the Sifang Company, a subsidiary of the China South Rail Corporation, this is the first time a hydrogen-powered tram has been developed. It was built in Qingdao, a city 650 kilometers southeast of the capital Beijing.

“It took two years for Sifang to solve key technological problems, with the help of research institutions,” Liang said, according to the local Xinhua news agency.

The advantages of hydrogen-powered trams are numerous. Firstly, it’s a source of clean energy, with water being its only emission. The new mode of transport will also help to cut energy running costs. It has enough power to run for about 100 kilometers, at a top speed of around 70 km/h, while the biggest plus is it only takes about three minutes to refuel.

“The average distance of tramcar lines in China is about 15 kilometers, which means one refill for our tram is enough for three round trips,” Liang added.

Liang also noted that the new tram would not produce any nitrogen oxides, as the temperature of the reaction inside the fuel cell will be kept under control at 100 degrees Celsius.

The report stated that each tram has over 60 seats and can carry at least 380 passengers.

The need for green transportation is pressing in China, with around 90 percent of its cities falling below the threshold for air safety standards in 2014, according to the Chinese Environmental Protection Ministry.

The “war on pollution,” started a year earlier, is having some effect, but hazardous emergencies are still numbered in the hundreds, the ministry noted.

READ MORE: Air in 90% of China’s cities still not safe for breathing, despite ‘war on pollution’

A recent study by Cambridge Econometrics, commissioned by the European Climate Foundation, found just how cost effective hydrogen fuel cells can be. They carried out a survey on electric cars and found if they were used en masse, UK motorists would save £13 billion ($19.4 billion) in fuel costs, while the country would cut its oil imports by 40 percent by 2030.

The reduction in pollutants such as nitrogen, oxide and particulates would in turn produce health benefits of over £1 billion by reducing the rate of respiratory diseases.

“There will be a transition in the next five to 10 years, but you won’t see a sudden shift to electric vehicles until consumers have got over their ‘range anxiety’ concerns and that will only happen with infrastructure spending,” said Philip Summerton, one of the report’s authors.