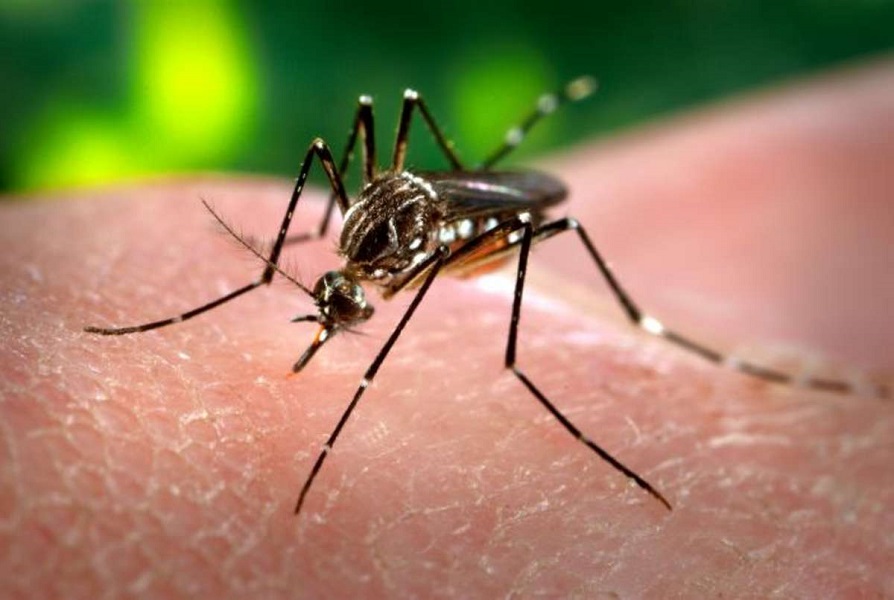 Every sinister operation that the biggest Organized Crime Syndicate on the planet is unleashing upon the unsuspecting public is laced with multiple objectives, i.e. geopolitical, economics, psychological, medical objectives, etc.

The Zika virus “epidemic” is just another one of them and it is time to see the bigger picture.

The Khazarian Mafia who owns the mainstream media, banks, politicians and corporate governments are now experiencing a “glitch” in the system caused by massive defections to the other side, i.e. when the covert operatives became aware of the plot to eliminate them, too, in the end.

In particular, the breaking point for Asia is the SARS virus which was intended to eliminate Asian genome from the face of the Earth, while the breaking point for Western intel cowboys was the H1N1 virus aimed at reducing primarily the US population, as fully documented by Nature & Science Journalist, Jane Burgermeister.

You need to view this video update in full in order to understand the deadly game being played against everyone, and who exactly are behind the genocide.

The multiple exposès about the baseless “war on terror,” bioweapons, vaccines, chemtrails and HAARP made them realize they and their families are also victims of the plot to depopulate the entire planet through thermonuclear war with Iran while the Khazarians escape to their cities underground.

When this plot was uncovered, the first thing the Reformist Collective did was to blow up those Deep Underground Military Bases [DUMBs], more than a thousand of them, so that the whole geopolitical game would at least be on the same footing. This explains some of the unexpected tremors around the world.

Now, they could not start a thermonuclear war with anybody. This significant step,  out of many over the last four years, made the Iran-US Nuclear Deal possible.

Here’s the proof that they are just trying to arrest your attention from more pressing issues of the day, e.g.:

One cannot possibly fathom the depth of desperation on the part of the Rothschild dynasty losing their carefully crafted Khazarian Empire. This is the reason why, in order to keep them still in power, they have to keep on using the only weapons they have left against their own people in the West, i.e. HAARP, bioweapons, mass media and fiat financial system.

Unless the people in the West rises to the occasion and grab this rare opportunity to end the rule of the Oligarchy and the Khazarian Mafia, there will be a polarized society divided by two financial systems, i.e. West fiat financial system and the BRICS asset-backed basket of currencies.

The consequence of this fact is the free falling London-based Baltic Dry Index, a prominent indicator of the actual movement of physical goods around the world, caused by the non-acceptance of the fiat dollar as payment.

The BRICS led drive to end all hybrid wars of aggression will continue. Brazil is the B in BRICS and it is no coincidence that it’s a prime candidate for another false flag viral attack, to disrupt its hosting of the Olympics, as they have done in Sochi Winter Olympics before, and to achieve other sinister objectives stipulated above.

(Note: all source links for this article can be found at the blog post, here.)

I can now provide the latest update on what researchers in Brazil are discovering, as they dig into their original findings about the Zika virus and cases of microcephaly (babies born with small heads and brain impairment).

A correspondent has offered a translation of an article that appeared in one of the major Sao Paulo newspapers, O Estado de São Paulo, on February 2nd, “País tem 404 casos confirmados de microcefalia”:

It is obvious that no significant connection between microcephaly and the Zika virus has been found.  It’s not even close.  So far, therefore, there is absolutely no reason to trumpet an epidemic of Zika.  Doing so is quite insane, by any reasonable standard.

Here are the principal facts in the article (after which I’ll comment):

Now, let’s take each one of these reported facts and examine it.

First: 4,783 suspected cases of microcephaly in Brazil.  “Suspected” is the operative word.  This number means nothing, because it says nothing about confirmation.  It’s just a raw figure.

3,670 of these cases are being researched.

Of these 3,670, 404 have been confirmed as microcephaly or other alterations in the central nervous system of the babies.  The key word here is “or.”  The researchers don’t know how many of the 404 babies have microcephaly.  At the very most, it would be 404.  404 cases of microcephaly in the whole country of Brazil, so far.  That is not an epidemic.  For example, every year in the US, there are 25,000 cases of microcephaly.  And the literature is very clear about causes: any insult to the fetal brain during pregnancy can result in microcephaly.  Severe malnutrition, falling down stairs, a blow to the stomach, a toxic street drug or medical drug or vaccine or pesticide, and so on.

Of these 404 cases of (possible) microcephaly in Brazil, 17 babies have been found who “have a relationship with the Zika virus.”  It’s hard to be more vague.  But for the sake of argument, let’s say that in each of the 17, with a correct test done properly, the Zika virus was isolated.  This finding does not even remotely approach proof that Zika is causing microcephaly.  It’s miles away from proof.  Any honest researcher will tell you that.  If Zika were the cause, researchers should have been able to find it in the overwhelming majority of the 404 babies.  17 out of 404 is, in fact, major evidence that Zika is not the cause.

98% of the 404 (possible) microcephaly cases come from the Northeast region of Brazil.  Before jumping to any conclusions, realize that standards on reporting such cases differ from region to region.  Up until now, there was no national focus on microcephaly.  So there may be other cases from other regions.  As for the 56 cases in Pernambuco, understand that the population of this area is 9.27 million people.  It is significant to note that commercial agriculture is widespread in Pernambuco, and agriculture means toxic pesticides—an important causal factor in microcephaly, as I’ve detailed in other articles.

To sum up, researchers so far have found 404 cases of microcephaly in Brazil, and who knows how many of those are actually some other kind of nervous-system impairment.  And of those 404 babies, they have found, at best, 17 cases where the Zika virus was present.

And this is the epidemic that is shaking the world.

The World Health Organization (WHO) is spearheading the baseless propaganda and the hysteria.  At the very least, hundreds of employees from WHO should be immediately fired from their jobs, if not jailed.

You can find this article and more at NoMoreFakeNews.com.

If the Ebola virus is owned by the Center for Disease Control, the Zika virus patent is owned by… 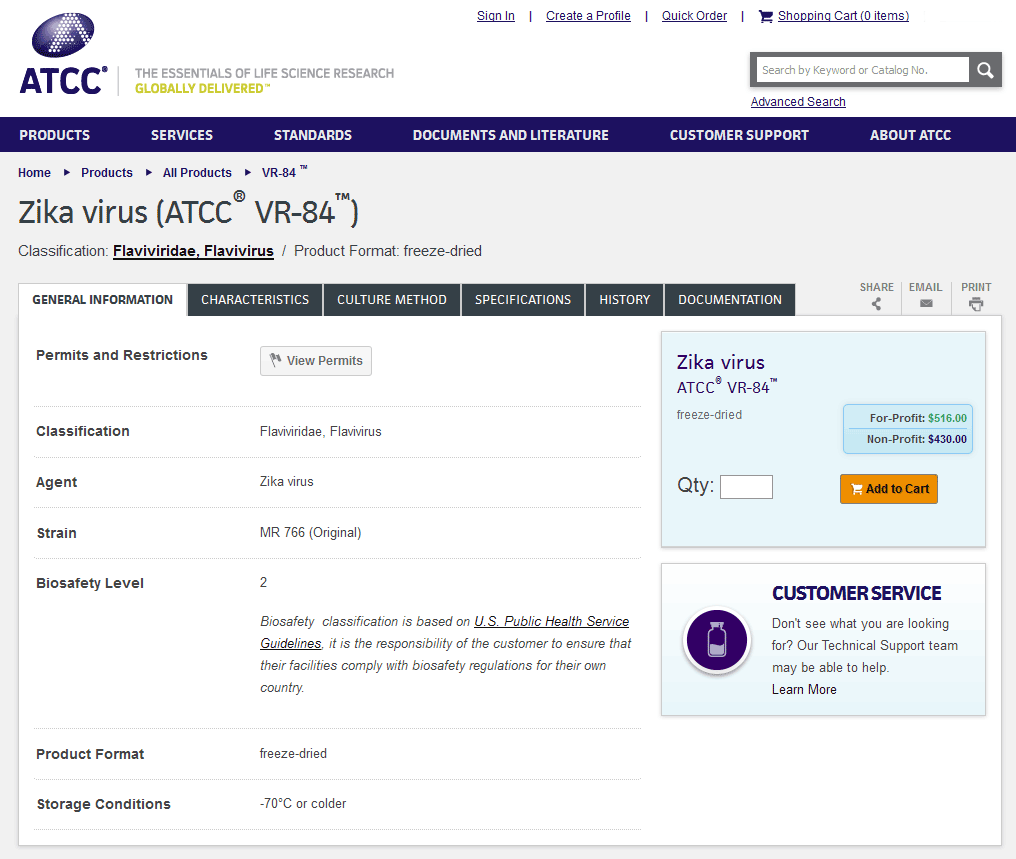 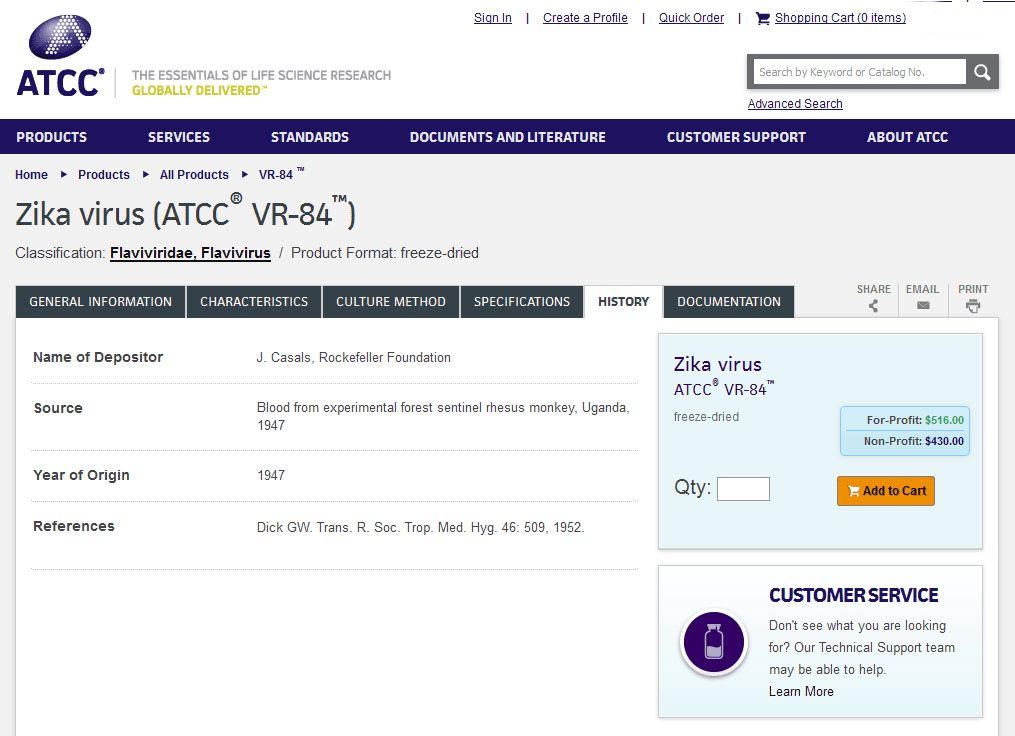