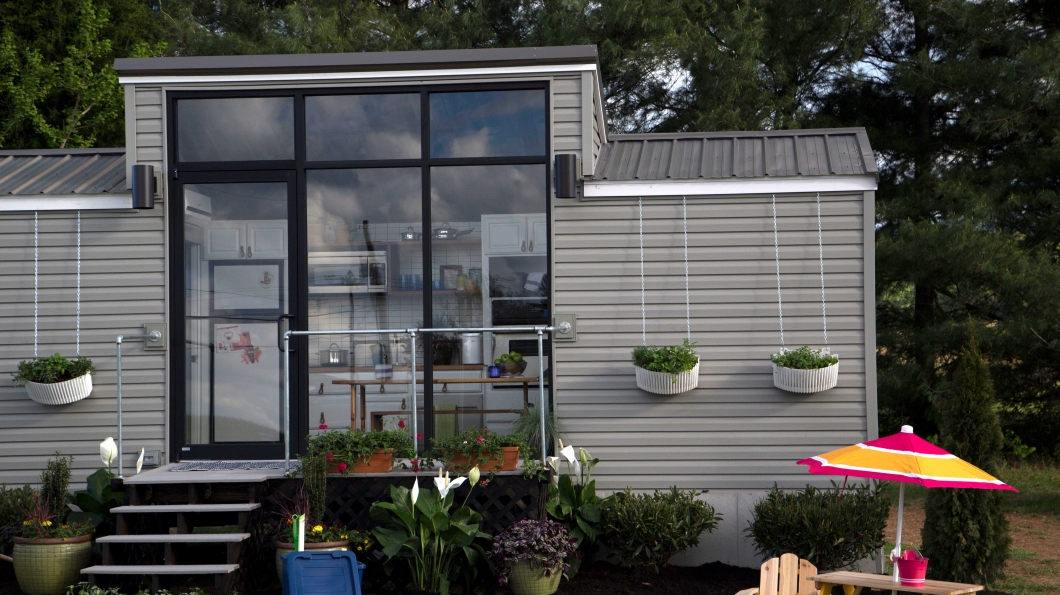 I always believe in the philosophy that in order for us live in harmony with Nature, we must minimize our footprint as much as possible. We can start doing exactly that by living in a smaller box.

A tiny house in the middle of a potpourri of edible and medicinal plants is a beautiful home entirely and doesn’t sacrifice the quality of life but enhances it further.

I’ve been collecting these awesome tiny houses in order to have a pretty good idea of how I can do it in the near future. I look at it as something easier to beautify and maintain, with reduced physical and financial stress.

The plan is to construct one in an adequate lot size where I could do some backyard gardening, too. The ultimate objective, of course, is to be able to live off the grid to minimize the expenses as could be made possible.

We are already off-grid as far as healthcare is concern which is giving us a lot of savings. Energy generation is still in the works. We are also saving for food and shelter independence.

We will always treasure your company. Thank you for traveling with us 😉

Look Inside This Awesome Tiny House A Family Can Live In

It seems that tiny homes are taking the world by storm right now. Everywhere you turn, more and more people can be seen downsizing their lives and going the tiny home route. Perhaps they are drawn to the prospect of a simpler life, or perhaps they’re just after some fun, but either way, I think it’s showing people a lot about themselves and their lifestyles. Yes, I believe that tiny homes are helping to shift the consciousness of the people and helping them understand what they truly need in life.

My Experience In a “Tiny Home”

I have often wondered myself, “could I live just as comfortably as I do now in a tiny home?” I loved the idea from the minute I saw it but wondered if it was something I could truly do long-term. Well, I got a bit of a taste of that just recently when I took a trip to British Columbia.

I had the chance to stay in what was like a tiny home. Although not on wheels or set on its own like a standard tiny home would be, this place was laid out in virtually the exact same way and was totally sectioned off from the house. Try not to picture it like a bachelor pad or apartment, as it wasn’t, it was very much like a tiny home just attached to a house.

Upon entering, it was immediately apparent that everything you needed was right there in front of you; you could see the entire space and it was well-designed. Since we were in a naturally picturesque area of British Columbia, Canada, I never even considered spending all of our time inside, as we had so much nature to enjoy. But even if inside time was all we could do in this place, I felt that I could have my quiet time, do work, socialize, and feel comfortable with ease.

I stayed with two other people in the home, but even if three of us had to live long-term in a house like that, we could have adjusted pretty easily.

The place had a bathroom with a full shower that functioned perfectly. There was a full kitchen with plenty of counter space, a stove, a big sink, and a full fridge. The sleep area was just a few steps from the kitchen and featured a double bed with a queen bed that was only a ladder’s climb up to the bunk above. There was even a small living space and tabletop area that allowed for multiple uses.

The few days I spent experiencing the home were certainly not enough to answer the question of whether or not I could live like that completely comfortably, but it gave me a good idea, and I can now say that I think that anyone could live in a similar fashion. Do I think it’s entirely ideal? Honestly, no, more space would be easier for a number of things. But we also don’t need a ton of space like many of us believe.

A Tiny Home For A Family of Three

So this led me to the question many people have: “What about a small family living in a tiny house? Is it possible?” Then I found out about this tiny home below that house a child and her parents.  It covers the families needs and even includes a small play area for their young daughter.

Spread the love
Category: Off the Grid
Tags: homeless, off the grid, tiny home, tiny house

1 thought on “Awesome Tiny House A Family Can Live In”