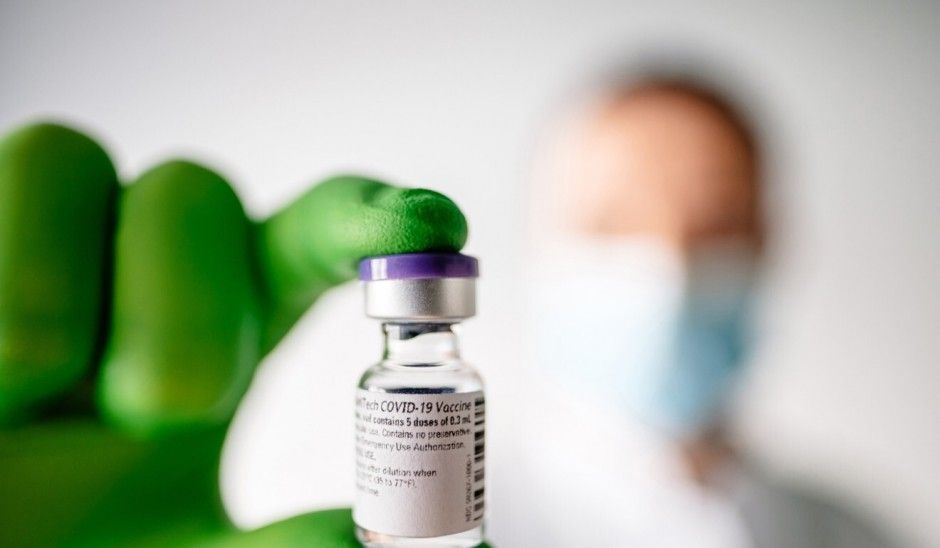 Like other corporate predators, Big Pharma prioritizes profits over human life, health and welfare. Corporate America buys politicians like toothpaste, buying influence, assuring their interests are served over the public welfare and rule of law.

Everyone willing to be vaxxed for hoped for protection against covid will be playing Russian roulette with their health, well-being and lives.

All rushed to market Pharma entries in the covid vaccines sweepstakes are extremely hazardous.

Ahead of FDA approval of what should be banned, the agency issued damning news about Pfizer’s experimental covid vaccine.

It reported two deaths straightaway after being jabbed.

According to one report, the so-called placebo given AstraZeneca test subjects got the hazardous to human health meningitis vaccine that’s polar opposite what a placebo is supposed to be.

So far, at least six deaths resulted from covid vaccines. Unknown numbers of others were harmed.

Establishment media suppressed what’s vital for everyone to know — operating as Big Pharma co-conspirators against public health and welfare.

“Instead of expressing concern over clinical trial participants’ welfare,” Moderna’s prospectus cares only that this issue “could materially harm (its) business, financial conditions and prospects.”

The company and its scientists are well aware of “unacceptable health risks or adverse side effects” to anyone receiving its covid vaccine.

Yet its management’s only concern is over a possible “unfavorable benefit risk ratio could inhibit market acceptance” and the company’s bottom line.

The same goes for Moderna and AstraZeneca entries.

“(w)hile vaccine manufacturers and federal agencies providing oversight on COVID vaccine development are quick to point out that the clinical trials did not identify safety concerns with the vaccine, they fail to mention the fact that the trial participants were excluded from the study if they had a history of severe allergic reactions and those in the trial were never screened for PEG antibodies” that can cause adverse reactions when vaccines are administered, adding:

“(L)ife-threatening adverse events are occurring after widespread use of the vaccine has begun.”

“A finger needs to be pointed squarely at the vaccine manufacturers and regulatory agencies who buried their heads in the sand to legitimate safety concerns in their rush to approve a COVID vaccine.”

“Unfortunately, the public is now left to bear the burden of exposing these lapses in safety.”

Separately, CHD expressed concern over whether mandated vaxxing against covid is coming, saying the following:

Taking this unacceptable step would breach the 1947 Nuremberg Code, international, federal and state statutes, “and the 2005 UNESCO Declaration on Bioethics and Human Rights (that) establish(ed) the necessity of informed consent.”

Forced mass vaxxing would violate the integrity of our sovereign bodily rights that no outside power has a legal or ethical right to challenge.

Fast-tracking development of hazardous to health covid vaccines is Exhibit A.

Big Pharma is liable for the safety and efficacy of its drugs with one glaring exemption — their vaccines, as a previous article explained.

Even though HHS is obliged by law to investigate harm from vaccines, improve their safety, and report biannually to Congress on this issue, “it has never once done so in over 30 years,” said CHD, adding:

Despite the state of medical science today, “American children have never been sicker.”

“Over half (54%) of American children now develop at least one chronic health condition, and many have multiple health challenges.”

“COVID-19 vaccines include gene-altering and inflammation-promoting technologies that may create genetic changes that may pass to future generations.”

Ask yourself the following:

Are you willing to be a guinea pig subject for mass vaxxing with a rushed to market/inadequately tested, highly suspect experimental covid vaccine that could be adversely life-altering?

It’s your body and your choice. Don’t let any higher authority interfere with your sovereign rights.

Award-winning author Stephen Lendman lives in Chicago. He can be reached at lendmanstephen@sbcglobal.net. He is a Research Associate of the Centre for Research on Globalization (CRG). His new book as editor and contributor is titled “Flashpoint in Ukraine: US Drive for Hegemony Risks WW III.” http://www.claritypress.com/LendmanIII.html Visit his blog site at sjlendman.blogspot.com.