There is a group of anonymous scientists at the US Center for Disease Control—they call themselves the Spider Group—Scientists Preserving Integrity, Diligence and Ethics in Research. They have penned a letter to the CDC’s chief of staff, Carmen S. Villar.

Here is the explosive accusation they make:

“We are a group of scientists at CDC that are very concerned about the current state of ethics at our agency. It appears that our mission is being influenced and shaped by outside parties and rogue interests. It seems that our mission and Congressional intent for our agency is being circumvented by some of our leaders. What concerns us most, is that it is becoming the norm and not the rare exception.”

“Some senior management officials at CDC are clearly aware and even condone these behaviors. Others see it and turn the other way. Some staff are intimidated and pressed to do things they know are not right.”

“We have representatives from across the agency that witness this unacceptable behavior. It occurs at all levels and in all of our respective units. These questionable and unethical practices threaten to undermine our credibility and reputation as a trusted leader in public health.”

I have written at length about another whistleblower at the CDC, William Thompson, a long-time researcher who, in August of 2014, confessed in writing to massive fraud (archive here). He admitted that, in a study on the safety of the MMR vaccine, he and his colleagues literally threw vital sheets of data into a garbage can. The study then gave a free pass to the vaccine, claiming it had no connection to autism—when in fact it did. Thompson is the subject of the film, Vaxxed (trailer).

Now with this letter, we see that other scientists at the CDC are blowing the lid off internal corruption at their Agency.

If, in fact, President-elect Trump gives the green light for an independent investigation of the CDC, as press outlets are now reporting, and if he appoints Robert Kennedy Jr. to head up that panel, as Kennedy claims, we are going to see a large number of hidden facts emerge from the secretive halls of the CDC.

Because this Spider Group is anonymous, I wanted to make sure their letter is real. I contacted reporter Carey Gillam (twitter), who has been covering the story. I received this reply: “I was able to authenticate the letter by contacting CDC’s public affairs office and asking them directly about it after I received it from internal CDC sources.”

You can read the full Spider Group’s letter here at US Right To Know. (More on the letter by Carey Gillam here.) 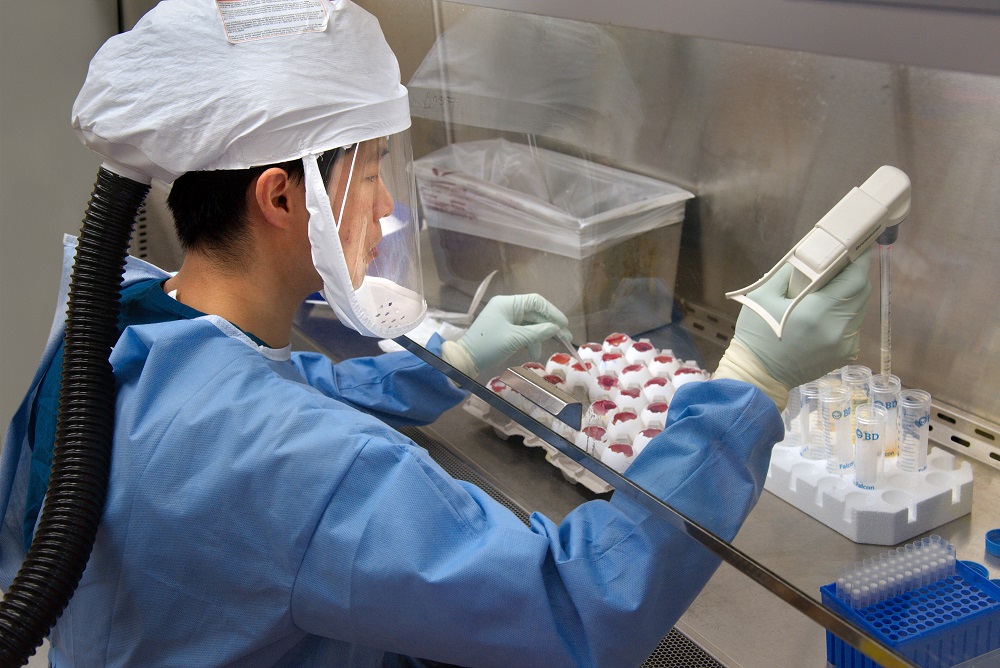 And now I write a letter to them, so they can deepen their investigation.

I commend you on making an important start. You’re on the right road. As a reporter who has covered the CDC for many years, I offer you three suggestions. This short list is by no means exhaustive. I’m just pointing to a few areas where your own research will yield very rich and fertile results.

Let me take you back to the late summer of 2009, and the Swine Flu epidemic, which was hyped to the sky by the CDC. The Agency was calling for all Americans to take the Swine Flu vaccine. Remember?

The problem was, the CDC was concealing a scandal.

At the time, star CBS investigative reporter, Sharyl Attkisson, was working on a Swine Flu story. She discovered that the CDC had secretly stopped counting cases of the illness—while, of course, continuing to warn Americans about its unchecked spread.

The CDC’s main job is counting cases and reporting the numbers.

What was the Agency up to?

Here is an excerpt from my 2014 interview with Sharyl Attkisson:

Rappoport: In 2009, you spearheaded coverage of the so-called Swine Flu pandemic. You discovered that, in the summer of 2009, the Centers for Disease Control, ignoring their federal mandate, [secretly] stopped counting Swine Flu cases in America. Yet they continued to stir up fear about the “pandemic,” without having any real measure of its impact. Wasn’t that another investigation of yours that was shut down? Wasn’t there more to find out?

Attkisson: The implications of the story were even worse than that. We discovered through our FOI efforts that before the CDC mysteriously stopped counting Swine Flu cases, they had learned that almost none of the cases they had counted as Swine Flu was, in fact, Swine Flu or any sort of flu at all! The interest in the story from one [CBS] executive was very enthusiastic. He said it was “the most original story” he’d seen on the whole Swine Flu epidemic. But others pushed to stop it and, in the end, no broadcast wanted to touch it. We aired numerous stories pumping up the idea of an epidemic, but not the one that would shed original, new light on all the hype. It was fair, accurate, legally approved and a heck of a story. With the CDC keeping the true Swine Flu stats secret, it meant that many in the public took and gave their children an experimental vaccine that may not have been necessary.

It was routine for doctors all over America to send blood samples from patients they’d diagnosed with Swine Flu, or the “most likely” Swine Flu patients, to labs for testing. And overwhelmingly, those samples were coming back with the result: not Swine Flu, not any kind of flu.

But it gets even worse.

Because about three weeks after Attkisson’s findings were published on the CBS News website, the CDC, obviously in a panic, decided to double down. If one lie is exposed, tell an even bigger one. A much bigger one.

Are your eyeballs popping? They should be.

In the summer of 2009, the CDC secretly stops counting Swine Flu cases in America, because the overwhelming percentage of lab tests from likely Swine Flu patients shows no sign of Swine Flu or any other kind of flu.

There is no Swine Flu epidemic.

Then, the CDC estimates there are 22 MILLION cases of Swine Flu in the US.

TWO: THE CDC BUYS MASSIVE AMOUNTS OF VACCINES AND, AT THE SAME TIME, HEADS UP RESEARCH ON THE SAFETY OF VACCINES. EXPLOSIVE STRUCTURAL CONFLICT OF INTEREST.

If you wanted to buy a product, and the main source of research on the product was the company selling it, would you automatically assume the product was safe and effective?

But you see, that’s the just the beginning of the problem. Suppose the company’s research was cited thousands of times in the press, as the authoritative standard of proof—and anyone who disputed that research was labeled a conspiracy theorist and a quack and a danger to the community and an anti-science lunatic.

Would you begin to suspect the company had some awesome media connections? Would you suspect some very powerful people were backing the company?

This is exactly the situation that exists at the US Centers for Disease Control (CDC). Read these two quotes:

“The government’s Vaccine for Children Program (a CDC organization) purchases vaccines for about 50 percent of children in the U.S.” (The Atlantic, February 10, 2015)

However, the CDC is also the gold standard for research on the safety and efficacy of vaccines. It turns out an unending stream of studies on these subjects. And the results of those studies are dutifully reported in the mainstream press.

Do you think, under any circumstances, the CDC would publish data showing vaccines are ineffective and dangerous? They’d be cutting their own throats.

“Well, we spend $4 billion a year buying vaccines from drug companies, but guess what? These vaccines are often dangerous…”

Every time you read about a CDC study on vaccines, keep this obvious (and clearly illegal) conflict of interest in mind.

THREE: MASSIVE OVERESTIMATE OF FLU DEATHS IN THE US, IN ORDER TO PUSH THE FLU VACCINE.

In December of 2005, the British Medical Journal (online) published a shocking report by Peter Doshi, which created tremors through the halls of the Centers for Disease Control (CDC), where “the experts” used to tell the press that 36,000 people in the US die every year from the flu.

You see, the CDC has created one overall category that combines both flu and pneumonia deaths. Why do they do this? Because they disingenuously assume that the pneumonia deaths are complications stemming from the flu.

This is an absurd assumption. Pneumonia has a number of causes.

But even worse, in all the flu and pneumonia deaths, only 18 revealed the presence of an influenza virus.

Doshi continued his assessment of published CDC flu-death statistics: “Between 1979 and 2001, [CDC] data show an average of 1348 [flu] deaths per year (range 257 to 3006).” These figures refer to flu separated out from pneumonia.

This death toll is obviously far lower than the parroted 36,000 figure.

However, when you add the sensible condition that lab tests have to actually find the flu virus in patients, the numbers of flu deaths plummet even further.

In other words, it’s all promotion and hype.

“Well, uh, we say that 36,000 people die from the flu every year in the US. But actually, it’s closer to 20. However, we can’t admit that, because if we did, we’d be exposing our gigantic psyop. The whole campaign to scare people into getting a flu shot would have about the same effect as warning people to carry iron umbrellas, in case toasters fall out of upper-story windows…and, by the way, we’d be put in prison for fraud.”

The CDC must turn out a steady stream of outrageous lies about the need for vaccines. If they didn’t, they’d have no way to justify the billions of dollars they spend every year buying the vaccines from drug companies.

So, Spider Group, don’t stop now. Deepen your probe. Become true heroes for honest research, expose the deep roots of corruption in your Agency, and do the right thing for the American people you’re sworn to serve.