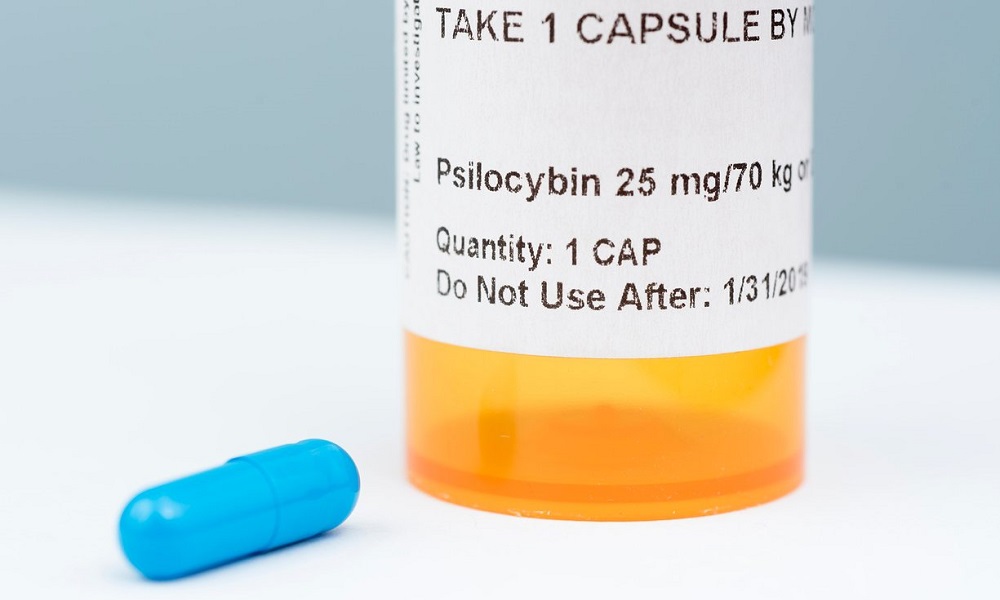 Immediate reduction in depression and anxiety for up to eight months seen in patients with advanced cancer given a single dose of psilocybin.

A single dose of psilocybin, the active ingredient of magic mushrooms, can lift the anxiety and depression experienced by people with advanced cancer for six months or even longer, two new studies show.

Researchers involved in the two trials in the United States say the results are remarkable. The volunteers had “profoundly meaningful and spiritual experiences” which made most of them rethink life and death, ended their despair and brought about lasting improvement in the quality of their lives.

The results of the research are published in the Journal of Psychopharmacology together with no less than ten commentaries from leading scientists in the fields of psychiatry and palliative care, who all back further research. While the effects of magic mushrooms have been of interest to psychiatry since the 1950s, the classification of all psychedelics in the US as schedule 1 drugs in the 1970s, in the wake of the Vietnam war and the rise of recreational drug use in the hippy counter-culture, has erected daunting legal and financial obstacles to running trials.

“I think it is a big deal both in terms of the findings and in terms of the history and what it represents. It was part of psychiatry and vanished and now it’s been brought back,” said Dr Stephen Ross, director of addiction psychiatry at NYU Langone Medical Center and lead investigator of the study that was based there.

In poorest countries, only one in 27 people with depression receive adequate treatment, according to researchers

Around 40-50% of newly diagnosed cancer patients suffer some sort of depression or anxiety. Antidepressants have little effect, particularly on the “existential” depression that can lead some to feel their lives are meaningless and contemplate suicide.

The main findings of the NYU study, which involved 29 patients, and the larger one from Johns Hopkins University with 51 patients, that a single dose of the medication can lead to immediate reduction in the depression and anxiety caused by cancer and that the effect can last up to eight months, “is unprecedented,” said Ross. “We don’t have anything like it.”

The results of the studies were very similar, with around 80% of the patients attributing moderately or greatly improved wellbeing or life satisfaction to a single high dose of the drug, given with psychotherapy support.

Professor Roland Griffiths, of the departments of psychiatry and neuroscience who led the study at Johns Hopkins University school of medicine, said he did not expect the findings, which he described as remarkable. “I am bred as a sceptic. I was sceptical at the outset that this drug could produce long-lasting changes,” he said. These were people “facing the deepest existential questions that humans can encounter – what is the nature of life and death, the meaning of life.”

But the results were similar to those they had found in earlier studies in healthy volunteers. “In spite of their unique vulnerability and the mood disruption that the illness and contemplation of their death has prompted, these participants have the same kind of experiences, that are deeply meaningful, spiritually significant and producing enduring positive changes in life and mood and behaviour,” he said.

Patients describe the experiences as “re-organisational”, said Griffiths. Some in the field had used the term “mystical”, which he thought was unfortunate. “It sounds unscientific. It sounds like we’re postulating mechanisms other than neuroscience and I’m certainly not making that claim.”

Ross said psilocybin activates a sub-type of serotonin receptor in the brain. “Our brains are hard-wired to have these kinds of experiences – these alterations of consciousness. We have endogenous chemicals in our brain. We have a little system that, when you tickle it, it produces these altered states that have been described as spiritual states, mystical states in different religious branches.

“They are defined by a sense of oneness – people feel that their separation between the personal ego and the outside world is sort of dissolved and they feel that they are part of some continuous energy or consciousness in the universe. Patients can feel sort of transported to a different dimension of reality, sort of like a waking dream.”

Some patients describe seeing images from their childhood and very commonly, scenes or images from a confrontation with cancer, he said. The doctors warn patients that it may happen and not to be scared, but to embrace it and pass through it, he said.

The commentators writing in the journal include two past presidents of the American Psychiatric Association, the past president of the European College of Neuropsychopharmacology, a previous deputy director of the Office of USA National Drug Control Policy and a previous head of the UK Medicines and Healthcare Regulatory Authority.

The journal editor, Professor David Nutt, was himself involved in a small trial of psilocybin in a dozen people with severe depression in the UK in May. The ten commentators in the journal, he writes in an editorial, “all essentially say the same thing: it’s time to take psychedelic treatments in psychiatry and oncology seriously, as we did in the 1950s and 1960s.”

Much more research needs to be done, he writes.

“But the key point is that all agree we are now in an exciting new phase of psychedelic psychopharmacology that needs to be encouraged not impeded.”

The studies were funded by the Heffter Research Institute in the USA. “These findings, the most profound to date in the medical use of psilocybin, indicate it could be more effective at treating serious psychiatric diseases than traditional pharmaceutical approaches, and without having to take a medication every day,” said its medical director George Greer.