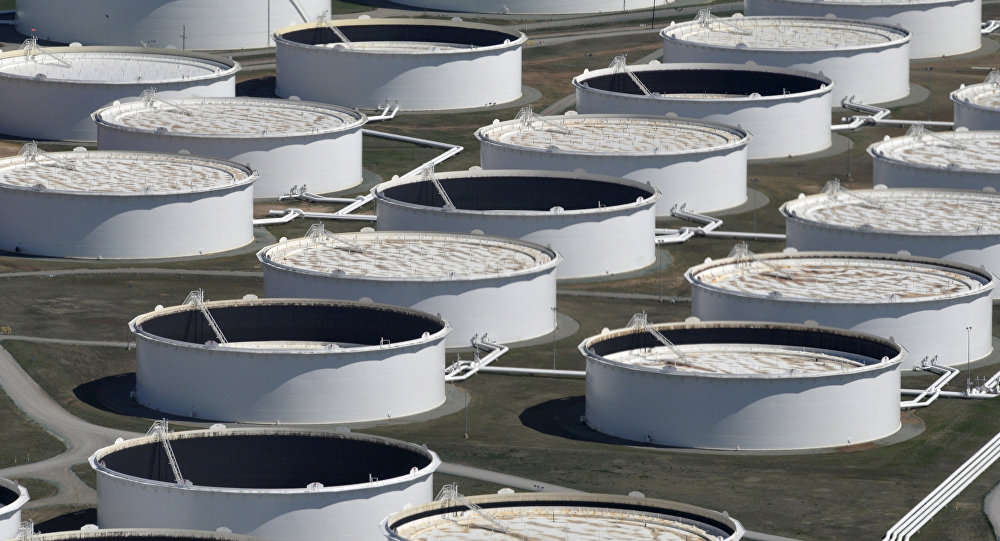 Hurricane Harvey has caused massive chemicals spills in the Houston area, but the true scale of ecological emergency might never be truly estimated.

Hurricane Harvey hit Texas hard, with record strong rains causing massive destruction across parts of the state. Chemical installations across the region have suffered severe damage that, in some cases, caused spontaneous fires with toxic fumes polluting all around.

In Houston, where major petrochemical industry is located, massive rains have caused spills. According to the Associated Press analysis of pollution reports submitted to state and federal regulators cited by Northwest Herald, at least 145,000 gallons of crude oil, gasoline and other contaminants have been spilled, with volatile fumes going into the air.

The authors of the report point out that researchers have warned for years that one-third of Houston’s 4,500 fuel tanks are susceptible to flooding.

The tanks feature a floating roof, designed to prevent vaporization of fuel. True to its name, the roof floats on stored liquid. Water from rain, which collects above, is being drained via a hose that goes literally through the stored oil and outside. This drain system should be able to drain water if 10 inches of rain falls in 24 hours. Yet during Harvey, rain poured twice as much, Northwest Herald points out. The excessive water caused the roofs to sink, with the chemicals pouring out via the drain systems.

Main pollutants include benzene, toluene and xylene, pollution reports notice. Prolonged exposure to these substances can cause cancer, but even a brief exposure to polluted air cause a number of unhealthy symptoms.

“It makes your eyes water, it stings your sinuses, and it creates a scratchy feeling in your throat,” says Hilton Kelley, a community organizer in Port Arthur, cited by the Texas Tribune.

“This is real stuff, this is not theoretical. If you go there and try to breathe you can literally taste the petroleum and gasoline that’s in the air,” said Mustafa Ali, a former Environment Protection Agency environmental justice official.

The EPA itself reacted to the emergency and “assured the public they are looking into complaints in the area,” the Texas Tribune reports. EPA staff spent several days sampling air in Houston area and released a report saying the level of pollutants does not exceed Texas health guidelines. The agency did not provide any other specifics.

However, various environmental advocacy groups have conducted their own sampling and determined that, while, indeed, air pollution did not exceed Texas standards, it far exceeded those for California, and by wide margin.

California standards are reportedly 23 times more stringent than those of Texas.

But devil hides in details. By the time the groups conducted their sampling, much of benzene was already blown away by winds. The maximum concentration of this chemical was found to be 90 and 77 ppb. But days before both EPA and the groups started sampling, the city of Houston reported benzene concentration of 324 ppb.

The Texas Tribune points out that back in 1948 American Petroleum Institute, a trade group for the oil and gas industry, acknowledged that “the only absolutely safe concentration [for benzene]… is zero.”

The people living in the vicinity of the facilities already have a heightened risk of asthma, cancer and other illnesses associated with continuous chemical exposure, according to Air Alliance Houston. The benzene exposure would deal a sizable blow to public health.

But as bad as it is, people have much more important things to worry about, as thousands have been evicted from their damaged homes.

“When your stomach’s growling and you’re sitting on the curb with three or four kids in the hot-ass sun, pollution is the last thing on your mind,” Kelly told the Tribune.