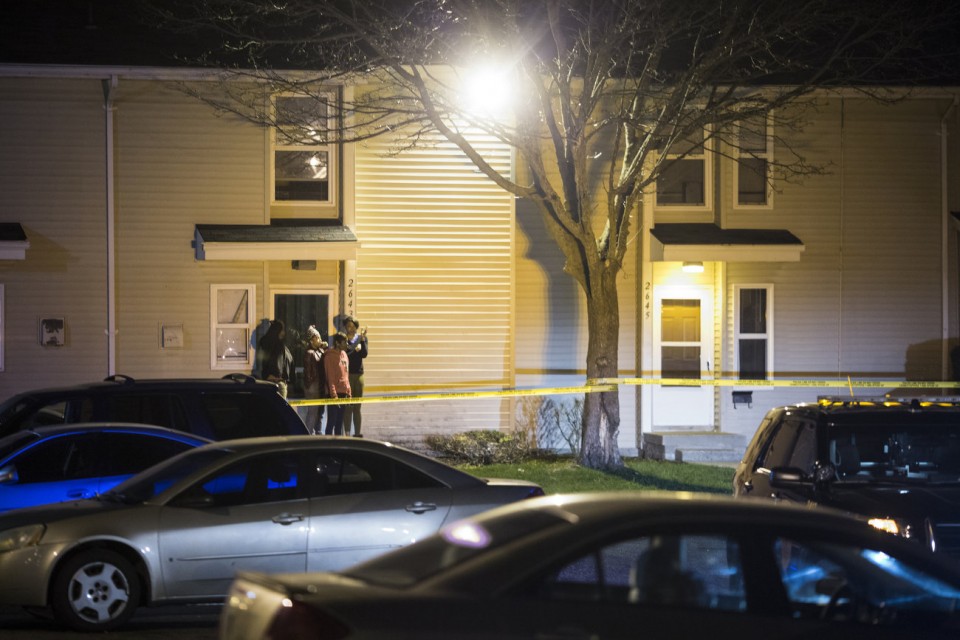 Sasha Avonna Bell, one of the first of a growing number of people to file a lawsuit in connection with the Flint water crisis after she claimed that her child had been lead poisoned, was gunned down right in her home barely  2 days before the arrests of erring Michigan officials.

We don’t believe in coincidences as much as we believe the erring government officials having the strong motivation and capacity to escape from official accountability by silencing the plaintiffs and witnesses for good.

FLINT, MI – A woman at the center of a bellwether Flint water crisis lawsuit was one of two women who were shot to death inside a townhouse earlier this week.

Sasha Avonna Bell was one of the first of a growing number of people to file a lawsuit in connection to the Flint water crisis after she claimed that her child had been lead poisoned.

Bell was found dead April 19 in the 2600 block of Ridgecrest Drive at the Ridgecrest Village Townhouses. Sacorya Renee Reed was also found shot to death in the home.

The Flint water lead poisoning case has been raised to criminal status and criminal charges are being filed.

The Flint water crisis has become a criminal case, with two state regulators and a city employee charged with official misconduct, evidence-tampering and other offenses over the lead contamination that alarmed the country and brought cries of racism.

For nearly 18 months, the poor, majority-black city of 100,000 used the Flint River for tap water as a way to save money — a decision made by a state-appointed emergency manager — while a new pipeline was under construction. But the water wasn’t treated to control corrosion. The result: Lead was released from aging pipes and fixtures as water flowed into homes and businesses.

“This is a road back to restoring faith and confidence in all Michigan families in their government,” state Attorney General Bill Schuette said Wednesday in announcing the first charges to come out of the disaster, blamed on a series of bad decisions by bureaucrats and political leaders.

He warned there will be more charges — “That I can guarantee” — and added: “No one is off the table.”

As of last month, Gov. Rick Snyder, along with several state employees, already spent $500,000 of taxpayer’s fund to defeat the taxpayers’ move to extract justice and accountability from them, erring government officials.

LANSING — Gov. Rick Snyder is to leave Saturday on a week-long European trade mission, sparking criticism that he should stay in Michigan until Flint’s drinking water is again safe to drink.

And Snyder, who on Monday promised to drink filtered tap water at work and at home for the next 30 days won’t be bringing his jugs of Flint water with him.

“He pledged to drink it at home and at the office for at least 30 days, total,” spokeswoman Anna Heaton said. “Traveling with jugs of water overseas isn’t feasible, but he’ll resume drinking water from Flint upon his return.”

Snyder will lead a Michigan trade delegation on visits to Germany, Italy, Switzerland and the Netherlands, his office said in a news release Friday.

“As Michigan residents watch the scapegoats thrown to the lions to take the blame for the higher ups who are ultimately responsible for the mass poisoning that is taking place in Flint, behind the scenes are some disturbing events unfolding.

Earlier this week it was announced that the Flint water crisis will be investigated and prosecuted as a crime. Immediately after that announcement, the man who ran the city’s treatment plant and two state environmental officials were arrested and charged with felonies on Wednesday for allegedly misleading regulators about the poisoned water.

After the arrests, prosecutors promised that there would be more charges coming.

The news of arrests has managed to pacify the nation for the moment. However, it is far from enough. As Truth-Out reports, Governor Snyder has yet to be even questioned on the matter.

The charges come as Michigan’s Republican Governor Rick Snyder said he has not been questioned by prosecutors in connection with the crisis. Protesters have called for Governor Snyder to resign over his handling of the Flint water crisis, which began when the city’s unelected emergency manager, appointed by Governor Snyder, switched the source of the city’s drinking water from the Detroit system to the corrosive Flint River, and the water corroded Flint’s aging pipes, causing lead to leach into the drinking water.

In March, Gov. Snyder, along with a number of other current and former state employees were named as defendants in a slew of lawsuits relating to the poisoning of thousands. In response to the lawsuits, Snyder quickly used taxpayer funds, to the tune of $500,000 to hire attorneys to defend himself.

As the corruption begins to seep out of all levels of the Michigan government, some surprising deaths have happened as well.

Just two days before the arrests were made of Michigan officials, the woman at the center of the lawsuit against the state was brutally gunned down inside her own home.

Sasha Avonna Bell was one of the first of a growing number of people to file a lawsuit in connection with the Flint water crisis after she claimed that her child had been lead poisoned, reports mlive.

On Tuesday, Bell and her friend Sacorya Renee Reed were found shot to death in her home and, while police say they have someone in custody, no charges have been filed.

The reason Bell’s case was so important is it determined the future of more than five dozen lawsuits that were in danger of being transferred to a U.S. District Court on a motion of one of the defendants, engineering company Lockwood, Andrews & Newnam (LAN).

Moving the case out of the community where it took place could have played a damning role in watering down the lawsuits by placing it under federal jurisdiction. But, thankfully, Ann Arbor U.S. District Judge John Corbett O’Meara ruled April 13, that Bell’s case should return to the state court claiming it lacked jurisdiction to hear the case.

LAN is named in at least nine lawsuits after being “hired to oversee a refit of the city’s nearly century-old Water Treatment Plant when Flint separated from the Detroit Water and Sewerage Department in April 2014,” reports Crain’s Detroit.

What’s more, in an entirely off-the-wall coincidence, LAN, aside from being implicated in multiple lawsuits, also has ties to Hillary Clinton’s campaign and provides free PR for the Clinton Global Initiative, reports Claire Bernish, writing for the Antimedia.org.

As if the death of the of the key player in what can be called one of the most corrupt cases in recent American history wasn’t shocking enough, only days before Bell was murdered, a foreman at the Flint water treatment plant mysteriously dropped dead.

Matthew McFarland, 43, of Otter Lake died suddenly on Saturday, April 16, according to his obituary.

According to the Lapeer County Sheriff’s Department, a friend found McFarland unresponsive inside his home.

The department said that there were no signs of foul play. However, according to the Sheriff’s Department, the autopsy conducted on McFarland was unable to determine the cause of death. They are now awaiting the results of toxicology reports.

It is not the job of this publication to speculate on unprovable circumstances. However, we’d be remiss in our duties for not drawing attention to all these coincidences.

Hundreds of people will die, and many more will suffer for their rest of their lives for the deliberate actions of Michigan officials, who knowingly poisoned an entire city. Being held responsible for such a gruesome act of destruction is something no one, especially well-connected politicians and their friends, wants to face.

Matt Agorist is the co-founder of TheFreeThoughtProject.com, where this article first appeared. He is an honorably discharged veteran of the USMC and former intelligence operator directly tasked by the NSA. This prior experience gives him unique insight into the world of government corruption and the American police state. Agorist has been an independent journalist for over a decade and has been featured on mainstream networks around the world.

A case like this reinforces the idea that we don’t need government anymore.

Certainly, we could be better off having a cooperative where everyone contributes to the welfare and advancement of the whole, without anybody acting as the all too powerful individual lording it over without any iota of accountability, or the system in place is too ineffective to be of deterrence against misdemeanor, and criminality.

We can do this.