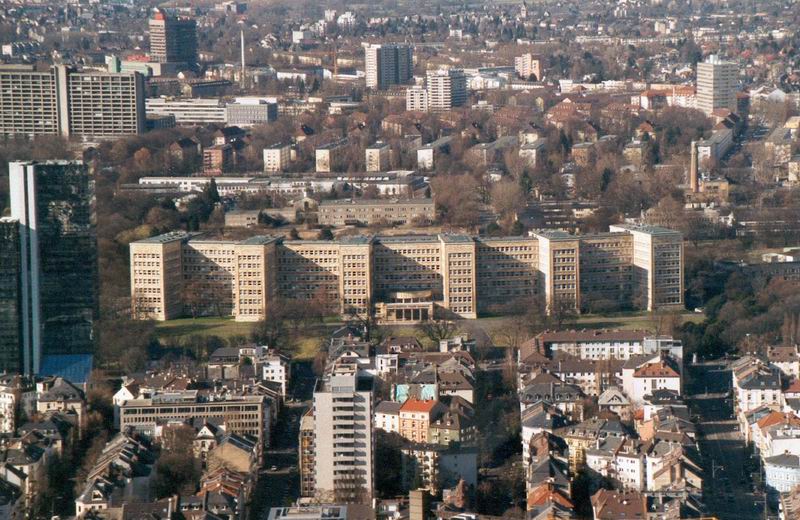 This is an intelligence briefing. Here I present the bare bones of what has been happening before our eyes… if we would see it.

Once upon a time, there was an industrial combine in Nazi Germany called IG Farben. It was the largest chemical/pharmaceutical octopus in the world. It owned companies, and it had favorable business agreements with companies from England to Central America to Japan.

The author of The Devil’s Chemists, Josiah DuBois, traveled to Guatemala, on a fact-finding mission, in the early days of World War 2, and returned with the comment that, as far as he could tell, Guatemala was “a wholly owned subsidiary of Farben.”

The pharmaceutical empire was and is one of the major forces behind the European Union (EU). It is no accident that these drug corporations wield such power. They aren’t only involved in controlling the medical cartel; they are political planners.

This is how and why Big Pharma fits so closely with what is loosely referred to as the New World Order. The aim of enrolling every human in a cradle-to-grave system of disease diagnosis and toxic drug treatment has a larger purpose: to debilitate, to weaken populations.

This is a political goal. It facilitates control.

IG Farben’s main component companies, at the outbreak of World War 2, were Bayer, BASF, and Hoechst. They were chemical and drug companies. Farben put Hitler over the top in Germany as head of State, and the war was designed to lead to a united Europe that would be dominated by the Farben nexus.

The loss of the war didn’t derail that plan. It was shifted into an economic blueprint, which became, eventually, the European Union.

The European Commission’s first president was Walter Hallstein, the Nazi lawyer who, during the war, had been in charge of post-war legal planning for the new Europe.

As the Rath Foundation reports: In 1939, on the brink of the war, Hallstein had stated, “The creation of the New Law [of the Nazis] is ONLY the task of the law-makers!”

In 1957, with his reputation sanitized, Hallstein spoke the words in this manner: “The European Commission has full and unlimited power for all decisions related to the architecture of this European community.”

Post-war, IG Farben was broken up into separate companies, but those companies (Bayer, Hoechst, and BASF) came roaring back, attaining new profit highs.

I refer you to the explosive book, The Nazi Roots of the Brussels EU, by Paul Anthony Taylor, Aleksandra Niedzwiecki, Dr. Matthias Rath, and August Kowalczyk. You can read it at relay-of-life [dot] com. It is a dagger in the heart of the EU.

At the Rath Foundation, you can also read Joseph Borkin’s classic, “The Crime and Punishment of IG Farben.”

In 1992, I was deeply engaged in researching the specific devastating effects of medical drugs. Eventually, I concluded that, at the highest levels of power, these drugs weren’t destructive by accident. They were intended to cause harm. This was covert chemical warfare against the population of the planet. The Rockefeller-Standard Oil-Farben connection was a primary piece of the puzzle.

It was, of course, Rockefeller (and Carnegie) power that had forced the birth of pharmaceutical medicine in America, with the publication of the 1910 Flexner Report. The Report was used to excoriate and marginalize Chiropractic, Homeopathy, Naturopathy, and other forms of traditional natural practice, in favor of what would become the modern juggernaut of drug-based treatment.

In an article about the FDA, “Medical Murder in the Matrix,” I point out the fact that this federal agency has permitted at least 100,000 deaths of Americans, per year, from the direct effects of drugs it, the FDA, has certified as safe. (See, for example, JAMA, July 26, 2000, ‘Is US Health Really the Best in the World,’ Dr. Barbara Starfield.)

The FDA knows these death figures. “Unintended” and “accidental” can no longer be applied to this ongoing holocaust.

The pharmaceutical industry itself also knows those death figures.

To understand the dimensions and history of the ongoing chemical warfare against the population, in the form of medical drugs (and of course pesticides), one must factor in the original octopus, IG Farben.

In any fascist system, the bulk of the people working inside the system, including scientists, refuse to believe the evidence of what is happening before their own eyes. They insist they are doing good. They believe they are on the right side. They see greater top-down control as necessary and correct. They adduce “reasonable” explanations for inflicted harm and death.

World War 2 is still underway. The battleground has been changed, and the means are far cleverer.

This is what has been happening: invisible warfare.

Jon Rappoport is the author of three explosive collections, THE MATRIX REVEALED, EXIT FROM THE MATRIX, and POWER OUTSIDE THE MATRIX, Jon was a candidate for a US Congressional seat in the 29th District of California. He maintains a consulting practice for private clients, the purpose of which is the expansion of personal creative power. Nominated for a Pulitzer Prize, he has worked as an investigative reporter for 30 years.

Off-grid living is never complete without your own off-grid healthcare system. In fact, that is one of the most critical components on how you can successfully live outside of the dog-eat-dog paradigm. A real off-grid healthcare technology is already being used in the fringe corners of our society, and it offers many distinct advantages not attributable to mainstream conventions.