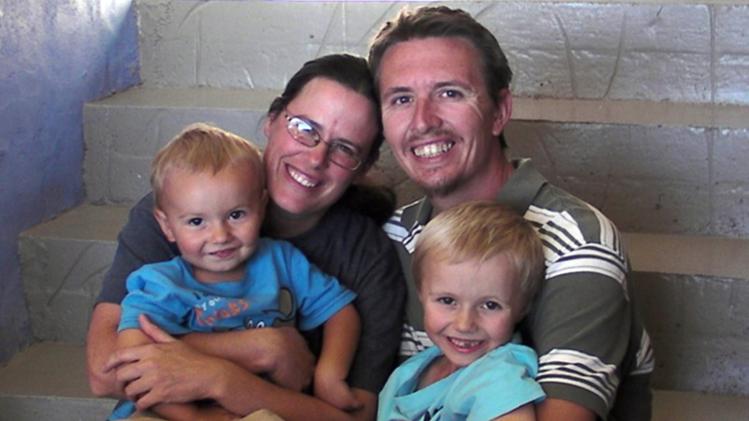 Living off the grid has its own challenges, but the rewards are far more exciting. We don’t have to force ourselves eating GMO or non-organic products, pay for energy and water bills. Don’t have to deal with urban noise and air pollutions, etc.

Best of all, we can easily do what we need to do and enjoy doing them.

With the right technology we can still access the internet or enjoy free satellite TV for news update and education.

At a time when we carry computers in our pockets and our cars practically do the driving for us, a certain subset of people have willingly chosen to cut the cord on modern American life — for good.

Off-the-grid living — that is, using natural resources like sun and wind power to provide amenities like heat and electricity — has become commonplace in places like Terlingua, an isolated community in Southwest Texas. What was once a bustling mining town is now a veritable ghost town, tucked into the foothills of Big Bend National Park in the north Chihuahuan desert.

To Abe Connally, 34, it was the perfect place to go off the map. In 2002, Connally moved to Terlingua, leaving behind a lucrative job as a web designer in Austin, Texas in order to try his hand at rural life.

“I’ve always enjoyed rural life, and the thought of sustainability and home-scale energy production intrigued me,” says Abe, who grew up in New Mexico and Texas. “On top of that, I wanted to see how integrating systems to reduce waste and improve efficiency would affect the architecture and other components of this lifestyle.”

Within a year, he met and married his wife, Josie, a British expat who was raised in Africa, Portugal and England before she finally settled out West. They never questioned whether to build their own home or not. It was only a matter of finding the right land and the right resources.

“When we started building our first home, we figured that if we could build a sustainable homestead from scratch in the desert, then we could do it anywhere,” Josie says. “We realized that if we could reduce our needs and resources, our lifestyle would be cheaper to maintain, giving us money to save or invest.”

More than a decade, two hand-built homes and a pair of energetic sons later, they’ve dedicated their lives to maintaining their sustainable home, using their blog VelaCreations to teach others how to follow in their footsteps.

“When we built our first home, we had almost no money,” Josie says. “We bought 20 acres of pristine desert land for $1,000 and moved an old bus onto it. The bus — retrofitted with a bed, small stove, solar panel and batteries, etc.  — was our home until we could build a better quality one.”

Neither Abe nor Josie were particularly experienced home builders — far from it.  They relied on books, blogs and online tutorials to learn everything from bricklaying to building solar panels for energy.

Abe: “[Renowned architect] Michael Reynolds introduced us to the concepts of architecture as a group of integrated systems.  From passive solar designs to using waste as construction materials, his books showed us that it was possible to live like we wanted to.”

They built their first sustainable home in 2002 near Terlingua, but they were 30 miles from the closest schools and hospitals — not exactly ideal for raising small children. In 2007, they moved closer to town and started constructing home No. 2.

Like their own personal Rome, their new home took years to complete and is a constant work in progress.

Abe: “We added to each system as we could afford it, in other words, little by little. For the house itself, we used adobe, mixing the mud with our feet and putting it into forms (made from scrap materials) straight on the walls. It took a long time, but cost almost nothing.”

For off-the-gridders, the sun is crucial. The Connallys rely on solar power for all of their heat and electricity (with help from a homemade wind generator).

“The house is partially buried in a south-facing hill [and] the thermal mass of the hill helps to keep a constant temperature inside the house year-round, like a cave,” Abe explains. “The house stays about 70 degrees for most of the year.”

Abe: “Our water is collected from the roof.  We live in a desert, so rainfall is limited, and the majority of our rain comes from July through September. We store this water in large tanks we make ourselves and then filter for domestic use.”

“The first part of off-grid living is to conserve, and reduce your needs, so that it’s easier to produce your necessities for yourself,” Abe says. By using a composting toilet, which requires no water, they cut down on waste and fertilize their land at the same time.

The interior has a modern feel, with hand-laid brick floors and painstakingly carved entryways.

Their $9,600 annual budget is planned down to the dollar. They earn a small income through Abe’s web consulting business and some freelance writing, but their farm is their real paycheck.

When they decided to rebuild, they sought out more fertile land with enough rainfall to sustain a garden and livestock.

As a family, they bring new meaning to the term “farm to table”:

“We’ve had tomato plants that produce for several years, and they become these jungles of fresh food right in the dining room,” Abe says. “In fact, our youngest son, Nico, will sit there and eat every red tomato he can reach, but if you put one on his plate, he refuses to touch it.”

Josie: “We grow a wide variety of things, depending on our tastes at the time. We regularly grow tomatoes, strawberries, peppers, okra, cucumbers, squash, corn, sunflowers, melons, greens, roots and several herbs. We also have a few fruit trees (plums, apricots, peaches).”

“There is no food fresher than that, and it’s something you get kind of used to,” she says.

They’ve even got a tiny village of beehives for fresh honey.

Meat is also on the menu. The Connallys have gradually raised a menagerie of livestock, including pigs, rabbits, guinea pigs, and chickens. It’s vastly cheaper than purchasing their meat from stores.

One of their pigs just had a litter.

They’re cute now, but eventually they’ll be sold in the village or, more often than not, wind up on the dinner menu. The Connallys have become quite the bacon connoisseurs.

Everyone lends a hand in the family harvest.

Josie: “The kids collect eggs and feed all the poultry. We feed the rabbits, pigs and all the other little critters. We then all go look at any baby rabbits and the kids often get out their guinea pigs to play with.”

Nothing goes to waste.

Josie: “We sell any surplus. We often have extra meat (especially rabbit), which we sell locally. We also sell eggs, as well as trading them for raw milk. Any vegetables and such we tend to preserve (drying, canning, kimchi) as we don’t yet grow enough to fill our yearly needs.”

Even rabbit fur gets turned into cozy hats and slippers.

Josie: “Right now, we’re spending about $800 a month: $100 on fuel, $500 on [feed for the animals], groceries and other household items, and $100 on Internet and phone. We also continue to improve our homestead, which costs a little extra, depending on the task at hand.”

Their bedrooms are cozy and get a lot of natural light, which helps them conserve electricity.

Abe: “I think there’s a certain pride that comes from being able to say ‘I made that’.  We are surrounded by things we’ve made ourselves, including our home and energy infrastructure.”

With two kids under the age of 5, the Connallys admit they’ve made some allowances in their off-grid lifestyle. They have games for game nights and keep a healthy stock of books and DVDs for entertainment.

But, naturally, they spend most of their free time outdoors.

They keep a car handy for trips to town and to cart the kids to and from school each day. Their goal this year is to get their car running on natural fuel supplies.

Josie: “We live about a 20-minute drive from a small village, where there’s a kindergarten, primary school, clinic and a couple of basic stores. That’s actually one of the main reasons we moved here before starting a family: still very rural, but with everything needed for small kids.”

The kids seem to dig it.

Laundry gets done the old-fashioned way.

Sunlight and fresh air are all the dryer they’ll ever need.

It’s always nice to have relatives visit, like the kids’ grandparents.

Josie: “We’re in constant contact with family and friends over the Internet (huge fans of Skype and the like). However, visits are unfortunately much less frequent. If we ever get around to building the blimp we’ve always wanted, we’ll be sure to stop by a lot more often.”

Abe: “We’ve been able to save a few years worth of income, but also, because of our lifestyle, we don’t have to earn as much. So instead of working 40-hour weeks for money, we work 5-10 hours a week. This gives us enough for savings and expenses. The real value is the 30 hours a week we gain.”

Abe: “It took a long time, but cost almost nothing. That was 12 years ago and we are still amazed by how far we’ve come since then.”

To see more from the Connallys’ off-the-grid home, check out their blog, VelaCreations or their Flickr page.

Spread the love
Categories: Food Revolution, Off the Grid, solutions
Tags: off the grid, organic farming