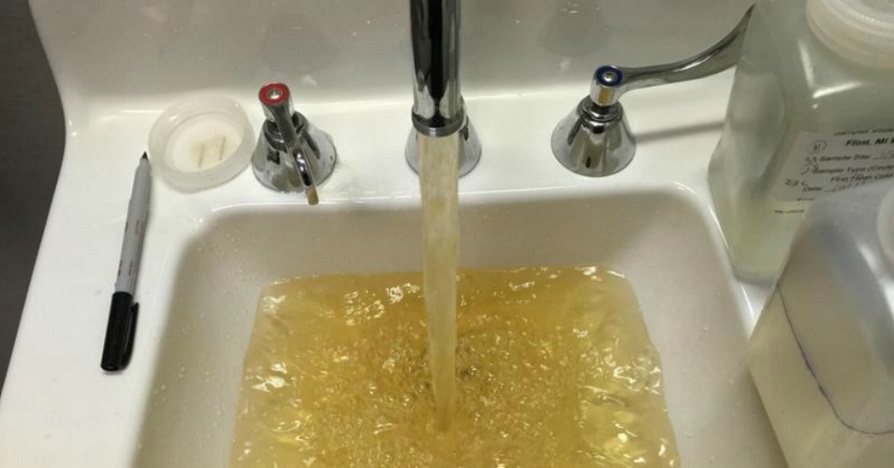 There are a number of children already suffering from potentially irreversible lead poisoning in Flint, Michigan. While the Southern California Gas company has been spewing highly toxic and inflammable methane gas for years without them doing anything decisive until the new mainstream media are going hot on their trail lately.

This means that at the very core of the problems in Michigan and California lies a very fundamental issue of making profit in every possible way.

Corporate Government officials want to save on everything that has to do with public services because of the possible incentives they could get for themselves. Corporate Governments work in much the same way as corporate banking where CEOs receive fat bonuses whenever banking profits are high.

To put it bluntly, all these government officials from Obama to the lowest ranking employee of the government are only serving the interests of the Oligarchy, and not the public’s welfare.

Beyond the most obvious factors directly contributing to the most pressing issues at hand,  the pervasive deterioration of the quality of public services in all States in America today is actually a symptom of the reality that the US Corporate Government, most specifically the Federal Reserve, is going bankrupt because of the move of some external entities to remove the men behind all Corporate Governments from power.

There is an ongoing international move to shut down the fiat financial system, the primary source of power of the Western oligarchy, in favor of the asset-based economic system of the East. This is the reason why the War on Cash, negative interests and massive surveillance are now being put in place across Western countries to sustain their grip on power over Western populations across the Atlantic.

The most visible manifestation of this reformist group is the BRICS Alliance.

China has no Rothschild Central Bank even today,  so is  Iran and Russia is said to be leaving from it, too. These countries are at the forefront of the move to topple the most pervasive crime syndicate on the planet, i.e. the Khazarian Mafia, that is responsible for the total deterioration of the American economy, particularly the bankruptcy of Detroit and other States in America.

This may come as counter-intuitive since China’s cheap labor is also the primary factor why Detroit car industry is now gone. But there is no other way to bankrupt the Rothschild’s corporate dynasty, that is also responsible for the endless war everywhere, than to use China’s population as a potent weapon to destroy Western corporate greed with its own medicine, i.e. the lust for profit.

There is also a need for Americans to understand that what the East is just trying to do is to create a more balanced and mutually more progressive geopolitical and economic conditions where every country on the planet has equal opportunity to develop, free from all wars of aggression, and not the Western fascist system that we still have today.

To serve that end, China is now, and for the last four years, reviving the ancient Silk Road through the “One Belt, One Road” economic program in which the BRICS Alliance has instituted at least three development banks to finance infrastructure project throughout Eurasian continent.

A day ago, the 1st Silk Road Train reached the Iranian railway platform for the first time, to inaugurate post-sanction Iran.

The New Silk Road program also includes, among others, the construction of high-speed railway system connecting the Russian Far East into Alaska and down to Central America, if all the people on the American continent agree.

Beyond that, it is still our position that the fundamental motivation to profit must still be fully eradicated through the establishment of a resource-based economic system as opposed to the monetary system.

The current inability for all oil-producing countries to cut oil production causing oil prices to go down is probably a move to begin shutting down oil production itself.

In short, there shouldn’t be any methane gas leaks if all our energy is obtained from nuclear sources, that same energy source that’s powering aircraft carriers and other weapons of war for years without refueling.

We can have a better world if only America rises to the occasion and eliminate the parasites that are occupying positions of power, fully intent on killing them with virus tainted vaccines, glyphosate tainted tampons, fluoridated water, chemtrails and outright modification of their genetic makeup though GMOs.