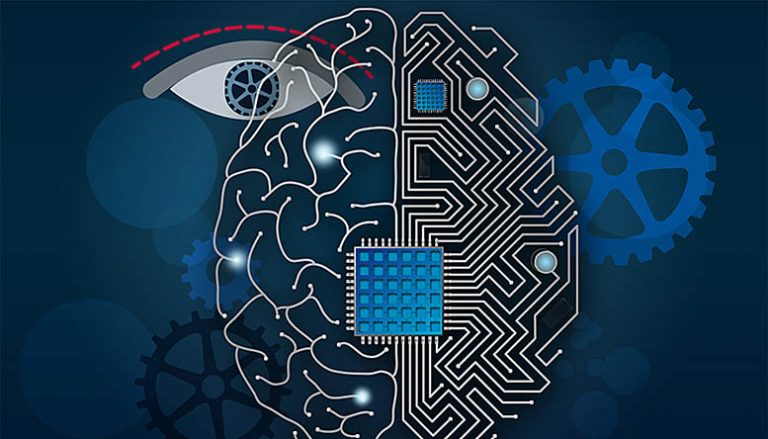 With new technology, scientists are able to exert wireless control over brain cells of mice with just the push of a button. The first thing they did was make the mice hungry.

Ready your tinfoil hats—mind control is not as far-fetched an idea as it may seem. In Jeffrey M. Friedman’s laboratory, it happens all the time, though the subjects are mice, not people.

Friedman and his colleagues have demonstrated a radio-operated remote control for the appetite and glucose metabolism of mice—a sophisticated technique to wirelessly alter neurons in the animals’ brains. At the flick of a switch, they are able to make mice hungry—or suppress their appetite—while the mice go about their lives normally. It’s a tool they are using to unravel the neurological basis of eating, and it is likely to have applications for studies of other hard-wired behaviors.

Friedman, Marilyn M. Simpson Professor, has been working on the technique for several years with Sarah Stanley, a former postdoc in his lab who now is assistant professor at the Icahn School of Medicine at Mount Sinai, and collaborators at Rensselaer Polytechnic Institute. Aware of the limitations of existing methods for triggering brain cells in living animals, the group set out to invent a new way. An ideal approach, they reasoned, would be as noninvasive and non-damaging as possible. And it should work quickly and repeatedly.

Although there are other ways to deliver signals to neurons, each has its limitations. In deep-brain stimulation, for example, scientists thread a wire through the brain to place an electrode next to the target cells. But the implant can damage nearby cells and tissues in ways that interfere with normal behavior. Optogenetics, which works similarly but uses fiber optics and a pulse of light rather than electricity, has the same issue. A third strategy—using drugs to activate genetically modified cells bred into mice—is less invasive, but drugs are slow to take effect and wear off.

The solution that Friedman’s group hit upon, referred to as radiogenetics or magnetogenetics, avoids these problems. With their method, published last year in Nature, biologists can turn neurons on or off in a live animal at will—quickly, repeatedly, and without implants—by engineering the cells to make them receptive to radio waves or a magnetic field.

“In effect, we created a perceptual illusion that the animal had a drop in blood sugar.”

“We’ve combined molecules already used in cells for other purposes in a manner that allows an invisible force to take control of an instinct as primal as hunger,” Friedman says.

The method links five very different biological tools, which can look whimsically convoluted, like a Rube Goldberg contraption on a molecular scale. It relies on a green fluorescent protein borrowed from jellyfish, a peculiar antibody derived from camels, squishy bags of iron particles, and the cellular equivalent of a door made from a membrane-piercing protein—all delivered and installed by a genetically engineered virus. The remote control for this contraption is a modified welding tool (though a store-bought magnet also works).

The researchers’ first challenge was to find something in a neuron that could serve as an antenna to detect the incoming radio signal or magnetic field. The logical choice was ferritin, a protein that stores iron in cells in balloon-like particles just a dozen nanometers wide. Iron is essential to cells but can also be toxic, so it is sequestered in ferritin particles until it is needed. Each ferritin particle carries within it thousands of grains of iron that wiggle around in response to a radio signal, and shift and align when immersed in a magnetic field. We all have these particles shimmying around inside our brain cells, but the motions normally have no effect on neurons.

Friedman’s team realized that they could use a genetically engineered virus to create doorways into a neuron’s outer membrane. If they could then somehow attach each door to a ferritin particle, they reasoned, they might be able to wiggle the ferritin enough to jostle the door open. “The ‘door’ we chose is called TRPV1,” says Stanley. “Once TRPV1 is activated, calcium and sodium ions would next flow into the cell and trigger the neuron to fire.” The bits borrowed from camels and jellyfish provided what the scientists needed to connect the door to the ferritin (see How to outfit a brain sidebar, right).

Once the team had the new control mechanism working, they put it to the test. For Friedman and Stanley, whose goal is to unravel the biological causes of overeating and obesity, the first application was obvious: Try to identify specific neurons involved in appetite. The group modified glucose-sensing neurons—cells that are believed to monitor blood sugar levels in the brain and keep them within normal range—to put them under wireless control. To accomplish this, they inserted the TRPV1 and ferritin genes into a virus and—using yet another genetic trick—injected them into the glucose-sensing neurons. They could then fiddle with the cells to see whether they are involved, as suspected, in coordinating feeding and the release of hormones, such as insulin and glucagon, that keep blood glucose levels in check.

How to outfit a brain for radio control

Scientists have come up with a clever way to control neurons via radio by cobbling together genes from humans, camels, and jellyfish. They use an engineered virus to install a door into each target neuron’s outer membrane, then jostle the door open using ferritin particles that respond to strong radio signals. Once the door opens, calcium ions pour into the cell and trigger the neuron to fire.

Once the virus had enough time to infect and transform the target neurons, the researchers switched on a radio transmitter tuned to 465 kHz, a little below the band used for AM radio.

The neurons responded. They began to fire, signaling a shortage of glucose even though the animal’s blood sugar levels were normal. And other parts of the body responded just as they would to a real drop in blood sugar: insulin levels fell, the liver started pumping out more glucose, and the animals started eating more. “In effect,” Friedman says, “we created a perceptual illusion that the animal had low blood glucose even though the levels were normal.”

Inspired by these results, the researchers wondered if magnetism, like radio waves, might trigger ferritin to open the cellular doors. It did: When the team put the mice cages close to an MRI machine, or waved a rare-earth magnet over the animals, their glucose-sensing neurons were triggered.

Stimulating appetite is one thing. Could they also suppress it? The group tweaked the TRPV1 gene so it would pass chloride, which acts to inhibit neurons. Now when they inserted the modified TRPV1 into the neurons, the rush of chloride made the neurons behave as if the blood was overloaded with glucose. Insulin production surged in the animals, and they ate less. “This seems to indicate clearly that the brain as well as the pancreas is involved in glucose regulation,” Friedman says.

Friedman and Stanley hope that biologists will be able to use the remote-control system to tackle a range of neural processes other than appetite. And beyond being a basic research tool, the method could potentially lead to novel therapies for brain disorders.

For example, one could imagine using it to treat Parkinson’s disease or essential tremor—conditions that are sometimes treated by deep brain stimulation, via wires implanted into patients’ brains and connected to a battery pack tucked into the chest. Potentially, it would be less invasive to inject the crippled virus into the same spot of the brain and let it permanently modify the cells there, making them responsive to wireless control.

In theory, it might also be possible to make a patient’s own cells receptive to electromagnetic waves by removing them from the body, delivering TRPV1 and ferritin, and then putting the cells back, Friedman says. This would be a protocol not unlike those currently used in stem cell treatments and some cancer immunotherapies, in which patients’ own cells are engineered and reimplanted back into their bodies.

At this point, however, the system’s clinical usefulness is a question of speculation. “We are a long way from using it in humans for medical treatments,” Friedman says. “Much would need to be done before it could even be tested.”