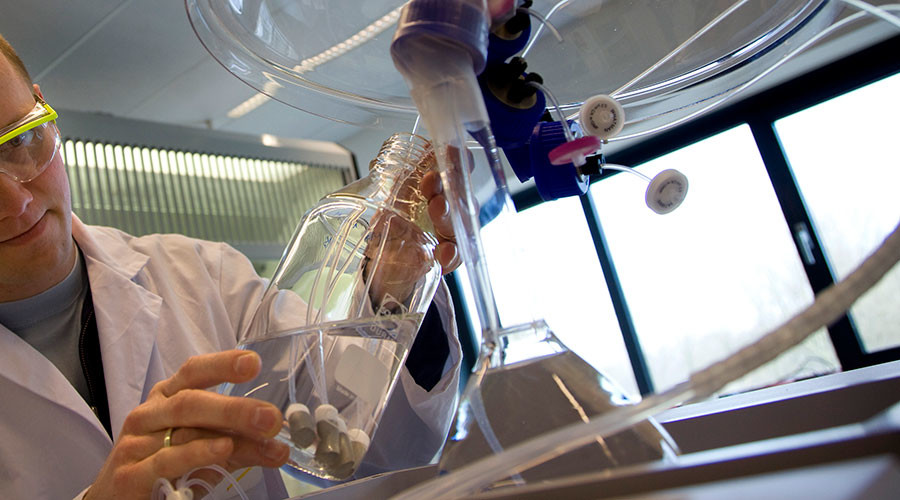 A recently FDA-approved drug used in steroid treatments, which has been on the international market for years, will be introduced in the US at the inflated price of $89,000 a year.

In a Thursday press release, the Food and Drug Administration (FDA) granted approval for a drug by Marathon Pharmaceuticals, a US company focused solely on the development of new treatments for rare diseases. They may now begin selling the corticosteroid drug Deflazacort, under the brand name Emflaza.

With FDA approval, Marathon now has exclusive rights to sell the drug in the US for the next seven years, even though it has been available as a generic in other countries.

With exclusive rights, the company can increase the price from the $1,200 average that families were importing the drug from overseas to $89,000, an increase of more than 7,000 percent.

Deflazacort is used to treat Duchenne muscular dystrophy (DMD), a rare genetic disease that causes heart and respiratory conditions, usually in younger men. As the disease progresses, patients lose muscle strength, and usually end up confined to a wheelchair by the time they reach their early teens.

Patients with DMD typically do not live past their 20s or 30s, according to the FDA.

“This is the first treatment approved for a wide range of patients with Duchenne muscular dystrophy,” Billy Dunn, director of the Division of Neurology Products in the FDA’s Center for Drug Evaluation and Research, said in the press release. “We hope that this treatment option will benefit many patients with DMD.”

Since so few Americans are affected by the disease, only around 15,000, the drug was approved under an “orphan drug” status, which is a special status given to drugs that treat rare diseases or conditions.

Although the price has increased, Babar Ghias, Marathon’s Chief Financial Officer, says that drug is still in the bottom 10 percentile of rare disease drug prices.

Ghias also says that that after rebates and discounts, the price will drop to $54,000, and with insurance and financial programs most patients will pay “zero to low out-of-pocket expense,” according to the Washington Post.

In a press release, Marathon mentioned significant investments the company made in research and development to bring the drug through the approval process.

The company claims to have conducted 17 new preclinical and clinical studies, however, under their research, they cite a 196-person, 52-week study trial that was completed in 1995. The study cites Marathon’s contribution as funding for editorial assistance.

Critics say that Marathon is simply taking an old drug for a rare disease, and increasing the price for their own gain. It is a practice that has prompted congressional investigations for other companies in the past, most notably, Turing Pharmaceuticals, the firm formerly run by one time hedge-fund manager Martin Shkreli, who took a drug used to treat AIDS patients, and increased 5,000 percent from $13.50 a pill to $750.

“It seems like it’s yet another example of gaming the system,” Aaron Kesselheim, an associate professor of medicine at Harvard Medical School, told the Post.

“Instead of making the price at a level that is reasonable for patients, they make it a very high price and offer this pathway that patients may not qualify for, they may not know about, there may be limitations on it. So it’s a marketing move and not really a public health solution,” he said.