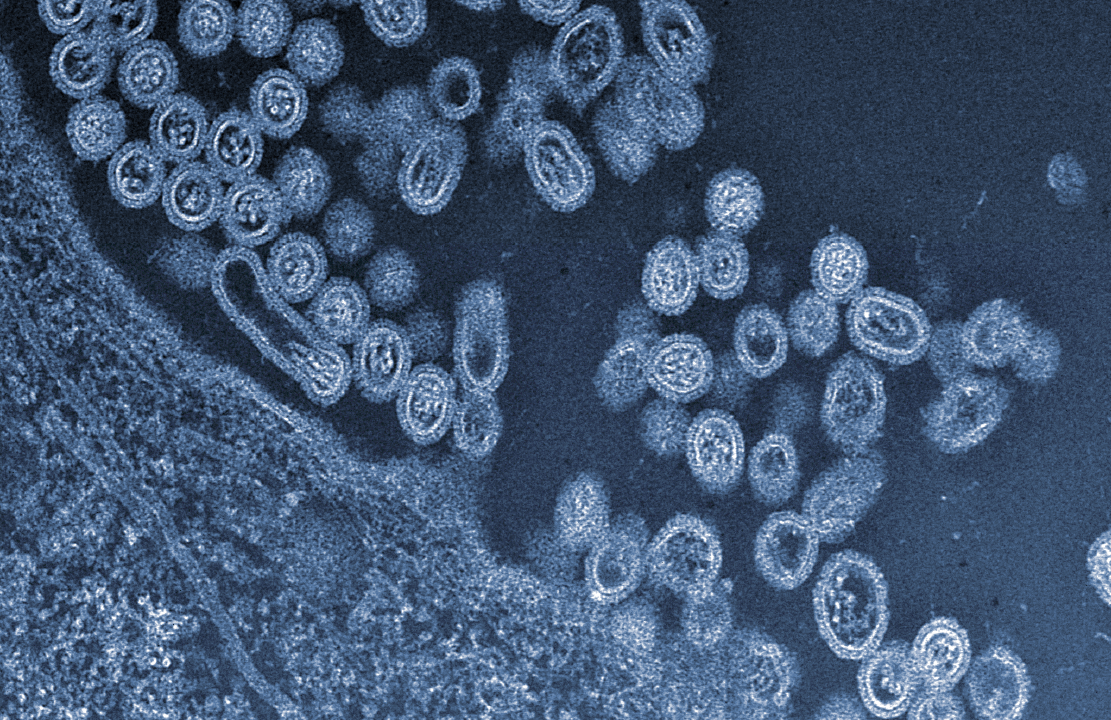 This planet has already achieved a delicate balance between all species, long before we arrived. But the self-deluded geniuses wanted more excitement to the show. There is a conspiracy to spread the flu virus at the widest coverage possible, and it’s not just a theory.

The scientists themselves who were conducting the specific research on how they made H7N9 virus increase its rate of human transmissions are already publicizing it. 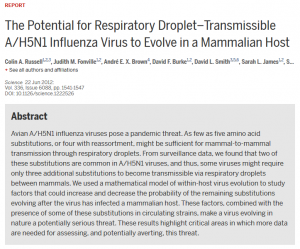 More than that, they are also studying specific strains from different locations on Earth, so that a gene, or race, specific attack can be made possible.

The viruses being experimented upon “have been collected in at least 28 countries in Europe, the Middle East, Africa, and Asia.”

How to Kill a Whole Lot of People: Scripps Scientists Publish How They Made H7N9 Virus More Transmissible

In 2014, a moratorium was placed on federally funded research which involved making flu viruses more lethal. The moratorium was placed after heated debate generated by research published by a Netherlands team, headed up by Ron Fouchier. Fouchier’s research had produced a strain of H5N1 which was able to go airborne, thus greatly enhancing its ability to spread. Fouchier focused on the transmission of the disease among ferrets, which are the lab stand-in for people.

Now, scientists in California have published research concerning enabling the human-to-human transmission of the bird flu virus H7N9. This virus strain is of concern to scientists as it has already infected 1500 people and killed 40% of them. H7N9 has not been known, however, to spread easily from human contact.

The article explaining the three genetic changes which need to be made to transform H7N9 into a virtual pandemic agent was published on June 15, 2017 in the journal PLOS Pathogens.

According to Scripps biologist Jim Paulsen, as quoted in an NPR article, “As scientists we’re interested in how the virus works…. We’re trying to just understand the virus so that we can be prepared.”

The NPR article quotes Paulsen as stating he wants next to test the mutated strain on ferrets.

Reuters reported on a number of scientists who were enthusiastic about the Scripps findings. Reuters quoted immunology expert Fiona Culley, who stated that

“This study will help us to monitor the risk posed by bird flu in a more informed way, and increasing our knowledge of which changes in bird flu viruses could be potentially dangerous will be very useful in surveillance.”

Reuters also quoted virologist Wendy Barclay. “These studies keep H7N9 virus high on the list of viruses we should be concerned about,” she said.

“The more people infected, the higher the chance that the lethal combination of mutations could occur.”

Not all the scientists interviewed were happy about the research. When posed with the question of scientists making the genetic changes in the actual H7N9 virus, David Relman, a Stanford professor of microbiology and immunology, was quoted by NPR as stating,

“I would be very hesitant, were they to want to do that. In fact, I would be reluctant to have them do that.”

What are the chances that this research may be used for nefarious purposes?

Since 2001, the US government has poured over  $100 billion dollars into what was initially called “Biodefense” but has  euphemistically been renamed “Health Security.” Many of these programs are dual-use; that is to say the research can be used for either protection or weaponization. Scientists argue that it is necessary to first create the weapon (in this case a pandemic agent) in order to research the cure.

However, the US’s record of straightforwardness surrounding her “Biodefense” or “Health Security” programs has been abysmal. The limp-wristed investigation into the anthrax mailings of 2001, in which federal investigators neglected or refused to consider any lab but Fort Detrick as the locus for mailing the anthrax spores — which killed five and sickened over a dozen — resulted in the probable culprit at US Army’s Dugway Proving Ground getting a “Get out of Jail Free” card.

It was less than two years ago when Dugway was caught sending live anthrax through the mail to labs, worldwide. Initially, it was thought that nine labs received the live anthrax. The number soon expanded and it was ultimately admitted that 575 separate shipments of live anthrax had gone out in the span of a decade.

The official excuse, “We didn’t know our deactivating equipment wasn’t working!” was suspect, given numerous earlier reports that the equipment was faulty.

It has also come to light that the US has been leading the UN around by its virtual nose and providing false information both to the Biological Weapons Convention and also to the 1540 Committee concerning its “Biodefense” programs.

The reality is that the sort of research that delves into how to make H7N9 spread easily and efficiently among humans is the kind of research that should raise substantial alarm. According to sources in the US government, the moratorium on publishing this type of research is soon to be lifted. Shortly, anyone with two specimen vials to rub together may very well be able to surf the Web and learn how to create a worldwide plague. And in our current technocracy, with its worship of science as an inherent good, there just doesn’t seem to be much concern about this.

“Iraq is a long way from [America], but what happens there matters a great deal here. For the risk that the leaders of a rogue state will use nuclear, chemical or biological weapons against us or our allies is the greatest security threat we face. And it is a threat against which we must and will stand firm.”

We never found those weapons in Iraq. In our zeal to protect ourselves from bogeymen and “rogue states,” we may well have become the very threat that we feared.

Janet Phelan is an investigative journalist whose articles have appeared in the Los Angeles Times, The San Bernardino County Sentinel, The Santa Monica Daily Press, The Long Beach Press Telegram, Oui Magazine and other regional and national publications.

There are only two possible motivations why they are doing it:

To prove both points, consider the case of the Middle East Respiratory Syndrome coronavirus [MERS-CoV], which was smuggled out of Saudi Arabia, and mailed into the Netherlands, only to be patented by… Ron Fouchier!

There has been criticism that the Saudis have been slow to investigate the epidemic. Speaking at the World Health Assembly, the annual meeting of the World Health Organization’s 194 member countries, Ziad Memish, the deputy Saudi health minister, said that the country has been struggling to develop diagnostics because the virus has been patented.

“If we don’t patent it, no company will develop vaccines or diagnostic tests with it, because they won’t be able to acquire clear ownership,”

… Fouchier says. Commercial companies are the major source of tests and vaccines in most countries.

If the Saudis develop their own tests, says Ron Fouchier, who identified MERS, they would not have to pay royalties to Rotterdam “unless they start selling it for lots of money to the rest of the world”.

Obviously, Fouchier really knows the full potential of his work, and he is not even ashamed of saying it bluntly.

The news was so exciting enough that it was featured on the Council on Foreign Relations’ website.

This scheme will not only give them high profits, this will also act as a filter for eugenics purposes, i.e. those who consciously seek knowledge about how the world works will survive, and those who do not, deserve to die.