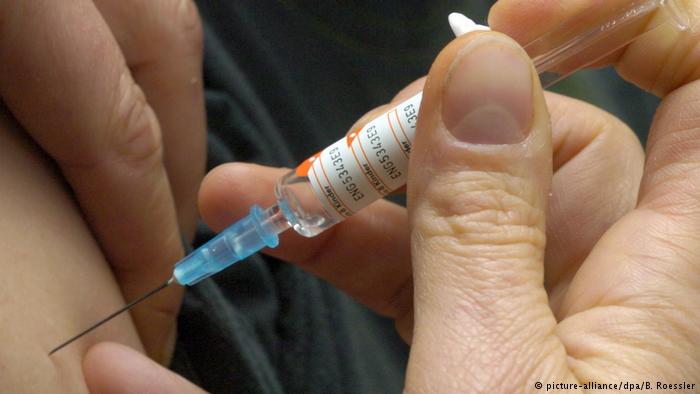 More and more countries have implemented what may be one of the most draconian policies being pressed hard upon, during the last Bilderberg meeting, i.e. mandatory vaccinations.

Apart from Australia, and the United States, Italy is now threatening parents with fines, school non-admission and a possible separation from their unvaccinated children.

The Italian government has approved a law ordering parents to vaccinate children or face fines. The authorities have noted a rise in measles cases, which the cabinet blames on “the spread of anti-scientific theories.”

The new legislation makes vaccines mandatory for 12 preventable diseases, including measles, chicken pox, polio, hepatitis B, and tetanus. Only children with immunizations would be eligible for nursery school, according to the Friday law.

“The lack of appropriate measures over the years and the spread of anti-scientific theories, especially in recent months, has brought about a reduction in protection,” Prime Minister Paolo Gentiloni told a news conference in Rome.

Italy has noted a sudden spread of measles in recent years, with the number of infections rising from 250 in 2015 to 840 last year. Medical authorities have already detected over 2,395 cases since the beginning of 2017, and the US warned visitors to Italy to guard against the disease.

The law proposed by Minister of Health, Beatrice Lorenzin, which threatens to remove unvaccinated children from their parents, will become effective unless the Italian Parliament saves the day and blocks the new legislation.

This is essentially fascism, i.e. the use of government’s police powers to force the will of the corporations against the people.

The Italian government is claiming that all of those who refused to inoculate their children are basing their decision on mere “unscientific theories.”

Their problem is: there are many whistleblowers who have already come out from the fold of Big Pharma itself who made countless testimonies pertaining to the strong profit motive behind the deadly exercise.

Brandy Vaughan is a former sales rep for Merck & Co. – a vaccine maker – and she details how vaccine companies are using vaccines as a vehicle for massive profit and not public health. Brandy researched the safety of vaccines and found that not only do vaccines contain known toxins that can cause neurological damage, but that vaccine makers do not create the same safety studies for vaccines as they do for other drugs.

If Big Pharma is in it for the profit, the governments themselves would welcome a more docile population from the aluminum adjuvant mixed into vaccines.

The Causes for Debate

There’s a wide and wild debate between pro and anti-vaccinations. This stems from the fact that not all who have undergone vaccination experience the same side-effects leading to autism, etc. This is easily accomplished by mixing weaponized vaccines and distilled water only vials, in one shipment.

The rest is up to the conscripted media, so-called “industry experts,” and government agencies, to censor themselves.

Anti-vaccination sentiments are never about emotion, but from a common experience.

Our constant response to these pseudo-experts: why is the medical industry not using the uncompromising power of electricity to defeat all types of infections?

Is the use of electricity on demand, in lieu of vaccination, unscientific?

How can it be unscientific to attack the integrity of vaccinations when government scientists themselves are raising the alarm?

In response to the proposed law requiring children to undergo from 4 to 12 mandatory vaccines, thousands of Italian parents are up in arms in what could be the biggest “free-vaxxer” event in history.

In summary, Big Pharma is not just out to make a huge amount of profit from the chemical industry, but more than anything else, it wants you to subsidize your own demise.

If you interrupt this process, you will be summarily executed.

It’s time we rise up and fight for the sanctity of life. We must save our children, at all cost.

At the very least, we must demand from our public servants, and any Big Pharma actors, that they inject all their children with the same vaccines first, before we allow our own to be inoculated.