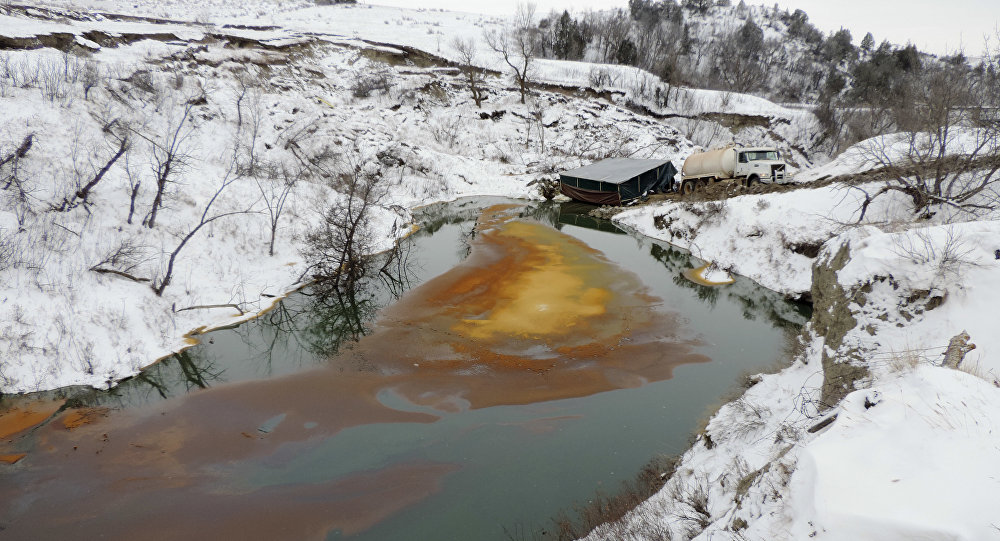 The creek froze solid shortly after the spill, preventing the oil from reaching the Little Missouri and downstream locations, according to company reports. Bill Suess, program manager for the North Dakota Department of Health’s (Oil) Spill Response Team, claimed that the leak has not contaminated drinking water sources. Cleanup efforts are underway, which AP reports are expected to be completed in spring 2017.

Belle Fourche has attracted media attention due to the pipeline’s proximity (about 150 miles) to the Dakota Access Pipeline (DAPL.) The DAPL has been the subject of national controversy, as the Standing Rock Indian Reservation has insisted that the pipeline could contaminate the drinking water drawn by millions of people from the Missouri River. Standing Rock has been joined by numerous volunteer protesters, and more recently the Army Corps of Engineers, who has denied Energy Transfer Partners (the company constructing the DAPL) an easement to drill under Lake Oahe, on Standing Rock land.

The Belle Fourche pipeline, meant to transport oil within North Dakota from a well to a transfer point, is small when compared to DAPL, an enormous pipe that would move billions of gallons annually across four states.

The Belle Fourche pipeline was constructed in the 1980s and is owned by True Cos, a Wyoming-based energy company. According to company spokeswoman Wendy Owen, their electronic monitoring equipment failed to detect the breach and the company is not sure what caused it to begin with, although they suspect erosion.

This is the second time in as many years that True Cos has been involved in an oil-spill scandal. Their Bridger Pipeline in Montana spilled over 30,000 gallons into the Yellowstone River in January 2015, contaminating the drinking water of six thousand people in Glendive, Montana.

The Center for Biological Diversity issued a 2014 report reading, “There have been nearly 8,000 ‘significant’ pipeline incidents since 1986, resulting in $7 billion in damage, 500 deaths, 2,300 in injuries and an untold long-term impact on the nation’s waterways,” according to Consumer Affairs.