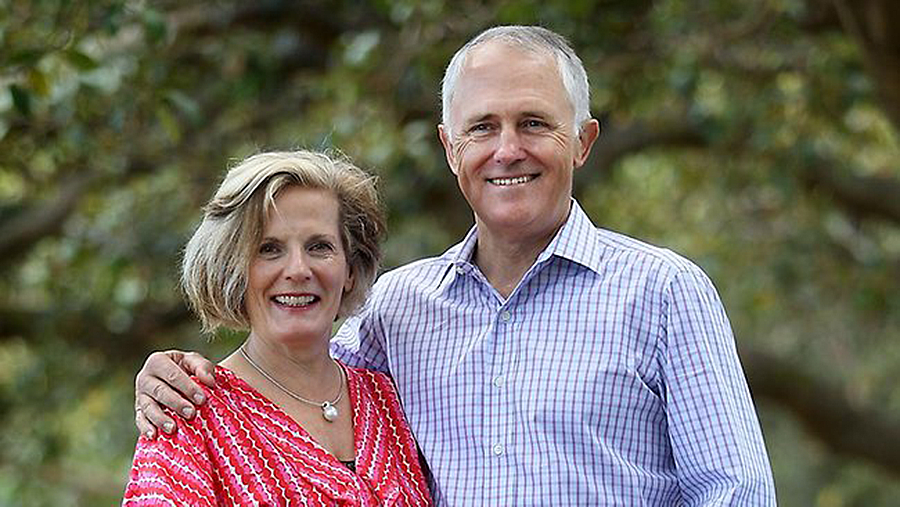 Vaccines are a touchy subject in Australia, where government officials aggressively push for total compliance with vaccination mandates by whatever means possible. There is even a “No Jab No Pay” law on the books that essentially bars citizens from receiving government welfare unless they and their children are fully vaccinated.

And at the root of it all, as usual, is government collusion with big industry, including with Australia’s new prime minister — and more specifically, his wife.

Malcolm Turnbull has repeatedly been exposed for his own ties to multinational corporations. He has large investments in many of them, particularly tech companies, that many say is clouding his judgment on various matters more than just a little bit. At issue with the vaccination debate is his wife Lucy’s ties to pharmaceutical companies, and how this influence is steering public policy to force Aussies to be jabbed against their will in order to function normally within society.

As explained by The Mind Unleashed, Lucy Turnbull is chairman of the pharmaceutical company Prima Biomed, which is currently trying to release a vaccine for cancer that it knows will generate billions of dollars in profits. Cancer, of course, is the one thing that bonds the populations of the world in solidarity of fear, so it’s expected that people will flock to the vaccine, should it ever achieve proper standards for safety and effectiveness.

This is a problem because, as Mr. Turnbull admitted to the media, he and his wife “work very much as a team” to accomplish their various agendas. In the case of vaccinations, this means supporting legislation and mandates that require people to be vaccinated, even against their will, which has the effect of padding both pharmaceutical profits and their personal portfolios.

“Australia’s politicians are deeply tied to pharmaceutical corporations, the British Monarchy, and other corporate and institutional powers which threaten the freedom and prosperity of Australian citizens,” explains The Mind Unleashed.

Besides Mrs. Turnbull’s overt conflicts of interest with the pharmaceutical industry, Mr. Turnbull is mired in his own financial conflicts via his vast array of financial investments. Mr. Turnbull made millions of dollars in the mid-1990s, for instance, by investing $500,000 in a company called OzEmail, which eventually turned into a hefty dividend of $60 million.

Mr. Turnbull is also deeply tied to the tobacco industry, as well as tech giants Apple, Facebook, Microsoft, and Google. In other words, the success of these industries and corporations means personal success for Mr. Turnbull, which in government-speak is the very definition of corporate fascism run amok. And yet Mr. Turnbull, despite his amassed wealth, has tried to downplay these holdings as being essentially meaningless, though they are anything but.

“Australia’s new prime minister is a wealthy man,” writes Eva Mellors for Australia’s Money Morning. “Last night, much was made of the fact that he doesn’t need to be in public life to have power and financial reward. He’s already amassed quite a fortune. Even before he entered politics. Various sources estimate his net worth at between $180 million and $200 million.”

So what Australians are now dealing with is a classic case of a couple of one-percenters with a whole lot to gain from doing favors for their industry buddies assuming political office and steering public policy towards this end. It’s a win-win for the profit-industrial complex, and a lose-lose for the general public, especially when such policies involve forcing dangerous vaccination jabs on people under duress.

“In Australia it doesn’t matter whether you choose to believe in the Labor Party or Liberal Party, because they both have ties to royal hegemony, industry, and pharma,” adds The Mind Unleashed.

Sources for this article include: