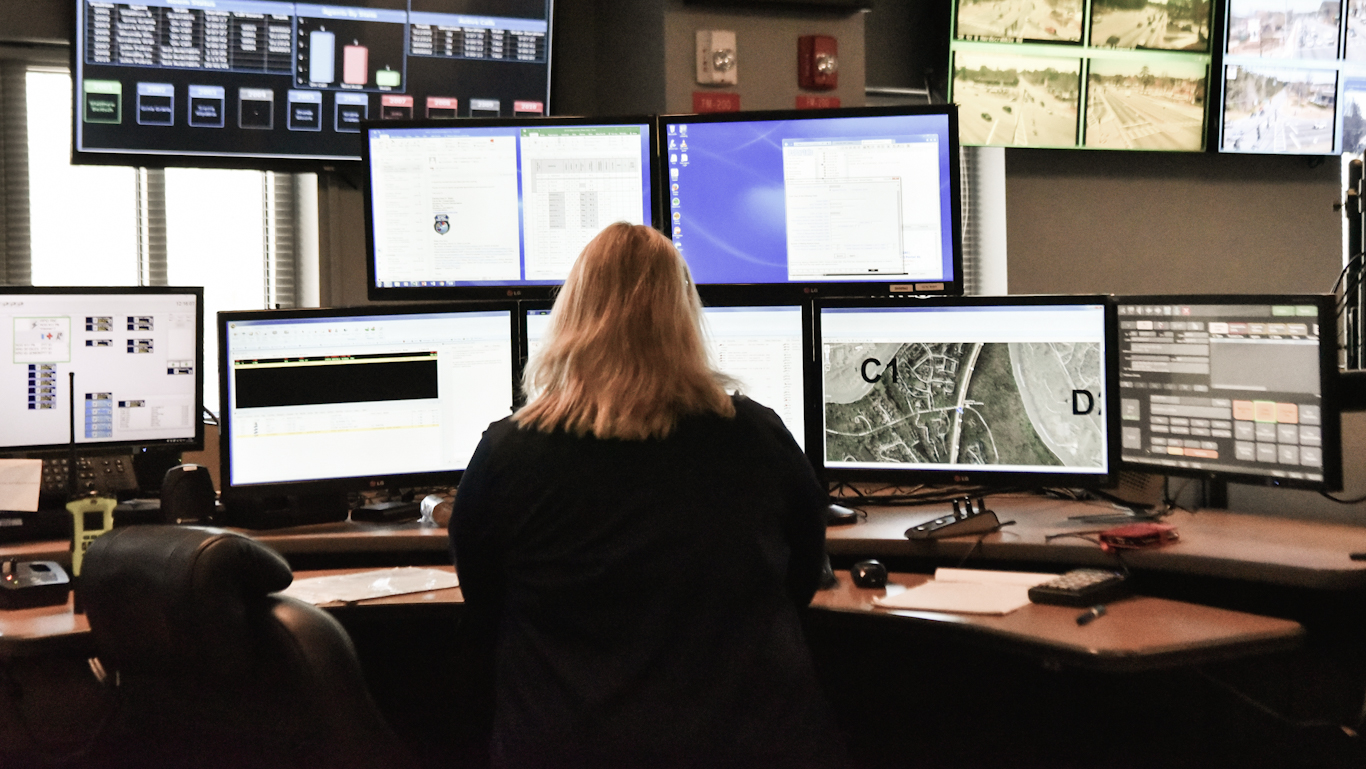 A new tech partnership augurs a bleak vision for the future of public safety and health emergencies where algorithms and mass profiling of entire populations make the social contract obsolete.

The transition from a manned police force into an AI-assisted panopticon through which populations are monitored 24/7 is occurring at breakneck speed as tech giants like Google, Apple and Microsoft pour millions of dollars into a New York-based startup called RapidSOS, which “transmits data from 911 callers to emergency responders.”

Now that startup has partnered with ZeroEyes, an artificial intelligence software company that uses video analytics technology to identify weapons in video footage. The AI startup bills itself as a group of patriotic “US military veterans, consultants, and technologists” who claim to have “lived through countless active shooter situations” and are committed to “empowering safety & security professionals.”

The partnership with RapidSOS will allow ZeroEyes to send its data directly to 911 personnel. RapidSOS already had more than 3,500 agencies using its platform in the United States and the world at the time of its last cash infusion last year and boasts data-collection and transmission from over 250 million devices on its website. Among the devices are vehicle integrations, wearable tech, sensors, security cameras, and mobile apps.

With ZeroEyes’ AI-enabled weapons detection software, companies like RapidSOS will oversee the transition away from human policing and emergency response methods into an Orwellian grid of programmatically-controlled public safety mechanisms in which situations like the senseless police killing of George Floyd and other unarmed civilians, as well as any sort of misapplication of justice or medical malpractice, will be reduced to an executable script running silently in the background of our collective dystopian nightmare.

ZeroEyes was founded by Navy veteran, Albert “Al” Shore, a former NATO cryptologist and expert on predictive analysis capabilities. The company’s current CEO, Mike Lahiff, is a former Navy Seal who used to be a director of digital program management for Comcast until he was tapped by another Navy Seal to join ZeroEyes. The company, which has partnerships with Dell and Nvidia, is modeled on a previous iteration of weapons detection technology called ShotSpotter, which used sound sensors to identify gunshots used by more than 90 cities.

ZeroEyes’ partnership with RapidSOS puts the company on a whole new level, which will go far beyond what Lahiff’s hopes will be a reduction in “emergency response times” for active shooter situations. Among RapidSOS’ business partners are not only tech giants like the aforementioned Google, Apple, and Microsoft, but also Mark 43; a “public safety software” company whose list of advisors and investors reads like a who’s who of the mass surveillance tech and defense community.

Founder and CEO of Amazon Jeff Bezos and former CIA director and retired General, David Petraeus, who once quipped that “we’ll spy on you through your dishwasher,” top the list. Perhaps more revealing is the presence of venture capitalist, Roy Rothrock, who has sizable investments in an Israeli startup called Toka, which claims to offer “a one-stop hacking shop for governments that require extra capability to fight terrorists and other threats to national security in the digital domain” through IoT devices like Amazon’s Alexa and Echo.

As with many other tech startups, the COVID-19 crisis has opened the door for widespread adoption across the healthcare sector and RapidSOS is no exception. Now counting over 4,700 public safety agencies among its network, the company is now expanding its data platform by launching the “Emergency Health Profile” together with the American Heart Association, the American Red Cross, and Direct Relief to profile people associated to their mobile phone number.

Claiming to be the “world’s first emergency response data platform that securely links life-saving data from connected devices,” people can create their own “Emergency Health Profile” on emergencyprofile.org to provide emergency first-responders with the critical information they need “during these uncertain times”.

RapidSOS is at the forefront of the re-engineering of the “nation’s 911 infrastructure” that has been in place since the 1960s and is now, along with law enforcement models, being supplanted with digital technologies and algorithms, that are moving society towards a place made less for people than for the machines designed to enslave us.

Feature photo | A dispatcher works at a desk station with a variety of screens used by those who take 911 emergency calls in Roswell, Ga. Lisa Marie Pane | AP