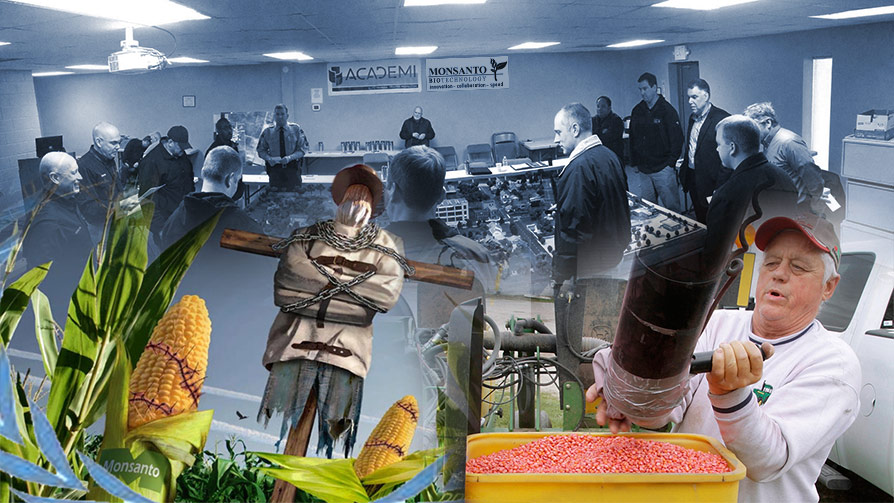 Many military and former CIA officers work for Blackwater or related companies created to divert attention from their bad reputation and make more profit selling their nefarious services-ranging from information and intelligence to infiltration, political lobbying and paramilitary training – for other governments, banks and multinational corporations. According to Scahill, business with multinationals, like Monsanto, Chevron, and financial giants such as Barclays and Deutsche Bank, are channeled through two companies owned by Erik Prince, owner of Blackwater: Total Intelligence Solutions and Terrorism Research Center. These officers and directors share Blackwater.

One of them, Cofer Black, known for his brutality as one of the directors of the CIA, was the one who made contact with Monsanto in 2008 as director of Total Intelligence, entering into the contract with the company to spy on and infiltrate organizations of animal rights activists, anti-GM and other dirty activities of the biotech giant.

Contacted by Scahill, the Monsanto executive Kevin Wilson declined to comment, but later confirmed to The Nation that they had hired Total Intelligence in 2008 and 2009, according to Monsanto only to keep track of “public disclosure” of its opponents. He also said that Total Intelligence was a “totally separate entity from Blackwater.”

However, Scahill has copies of emails from Cofer Black after the meeting with Wilson for Monsanto, where he explains to other former CIA agents, using their Blackwater e-mails, that the discussion with Wilson was that Total Intelligence had become “Monsanto’s intelligence arm,” spying on activists and other actions, including “our people to legally integrate these groups.” Total Intelligence Monsanto paid $ 127,000 in 2008 and $ 105,000 in 2009.

No wonder that a company engaged in the “science of death” as Monsanto, which has been dedicated from the outset to produce toxic poisons spilling from Agent Orange to PCBs (polychlorinated biphenyls), pesticides, hormones and genetically modified seeds, is associated with another company of thugs.

Almost simultaneously with the publication of this article in The Nation, the Via Campesina reported the purchase of 500,000 shares of Monsanto, for more than $23 million by the Bill and Melinda Gates Foundation, which with this action completed the outing of the mask of “philanthropy.” Another association that is not surprising.

It is a marriage between the two most brutal monopolies in the history of industrialism: Bill Gates controls more than 90 percent of the market share of proprietary computing and Monsanto about 90 percent of the global transgenic seed market and most global commercial seed. There does not exist in any other industrial sector monopolies so vast, whose very existence is a negation of the vaunted principle of “market competition” of capitalism. Both Gates and Monsanto are very aggressive in defending their ill-gotten monopolies.

Although Bill Gates might try to say that the Foundation is not linked to his business, all it proves is the opposite: most of their donations end up favoring the commercial investments of the tycoon, not really “donating” anything, but instead of paying taxes to the state coffers, he invests his profits in where it is favorable to him economically, including propaganda from their supposed good intentions. On the contrary, their “donations” finance projects as destructive as geoengineering or replacement of natural community medicines for high-tech patented medicines in the poorest areas of the world. What a coincidence, former Secretary of Health Julio Frank and Ernesto Zedillo are advisers of the Foundation.

Like Monsanto, Gates is also engaged in trying to destroy rural farming worldwide, mainly through the “Alliance for a Green Revolution in Africa” (AGRA). It works as a Trojan horse to deprive poor African farmers of their traditional seeds, replacing them with the seeds of their companies first, finally by genetically modified (GM). To this end, the Foundation hired Robert Horsch in 2006, the director of Monsanto. Now Gates, airing major profits, went straight to the source.

Blackwater, Monsanto and Gates are three sides of the same figure: the war machine on the planet and most people who inhabit it, are peasants, indigenous communities, people who want to share information and knowledge or any other who does not want to be in the aegis of profit and the destructiveness of capitalism.

So why were so many media outlets, editorialists and bloggers clamoring to say that the purchase was a “hoax”?

That’s a good question. The more cynical among us might suspect a financial incentive from Monsanto itself to such “journalists.” Monsanto indeed has hired a public relations team to seek out critical blogs and websites reporting on their crimes against both Nature and humankind. We have seen this first hand in comments on PoliticalBlindSpot.com articles on Monsanto. It is not beyond the realm of possibilities that they have created blogs where seemingly legitimate authors write organic thoughts, observations and rebuttals. The public presumes these are real-world people, when in fact they are working PR for the company.

But the core argument of those who claim that the Monsanto purchase of Blackwater is not true lies in the fact that we can only officially document Blackwater being hired by Monsanto for years. Immediately following this extensive work that Blackwater did for Monsanto, they sold the company. Because of the nature of how the sale transpired, it is impossible to document who the sale was to. The obvious and logical conclusion to insiders (particularly in the private security industry), however, is that the sale was in fact to Monsanto who had been employing the group.

Xe (now Academi) has, indeed, been purchased, and while there’s no way of DOCUMENTING who the new owners really are, the logical conclusion would be that Monsanto, who had been employing them prior to the sale are the new owners. This, of course, would also make sense of the secrecy surrounding the deal and the identity of the new owners. The company was bought out by private investors via private equity companies that don’t have to divulge any of their dealings, with Bank of America providing much of the $200 million in financing for the deal.

New York-based USTC Holdings said it will acquire Xe and its core operating subsidiaries, but did not disclose the price or terms of the agreement in a statement.

Various researchers have been trying to document the buy via a paper trail, but so far without much luck. That, of course, is the point…

One thing that is known: Forte Capital Advisors is the baby of long-time Blackwater ally Jason De Yonker:

DeYonker has unique experience with the Company that dates back to its founding in the late 1990s. He advised the Company through development of its early business plan and expansion of the Moyock training facility as well as supporting negotiations of its first training contracts with U.S. government agencies. Between 1998 and 2002, Mr. DeYonker co-managed Xe founder, Erik Prince’s family office which included management of Mr. Prince’s portfolio companies.

What does that mean? The guy is a glorified accountant.

Prior to joining Forté, Jason co-managed a +$100 million family office. In addition to actively managing various platform companies, Jason was a part of the executive team responsible for family wealth management.

Jason received a Bachelor of Business Administration, with a concentration in finance and accounting, from the University of Michigan.

The other investor? It looks like the very junior partner will be Manhattan Partners, a private equity company – a shop that gathers money from anonymous rich investors and uses the pool of cash to  leverage buyouts of big companies they wouldn’t have been able to take over on their own.

Manhattan Partners invests in “compelling growth and special situation transactions,” but this will be their first known foray into defense industries – WarIsBusiness.com reports (via Spencer Ackerman):

Manhattan Growth Partners is led by Dean Bosacki and Patrick McBride. Bosacki serves on the board of “the world’s largest commencement photography business,” among other companies. Manhattan Growth Partners, which describes itself as “a progressive thinking private equity firm,” also holds a majority interest in Hugo Naturals, a line of organic, vegan-friendly soaps, lotions, scents and soy candles sold at Whole Foods and other greenwashed retailers.

At the end of the day, it would seem that the logical conclusion is that in spite of arguments to the contrary, Monsanto did in fact buy the Blackwater mercenary group… or at least the renamed Blackwater Xe (now Academi) Services group. The big question now is why? 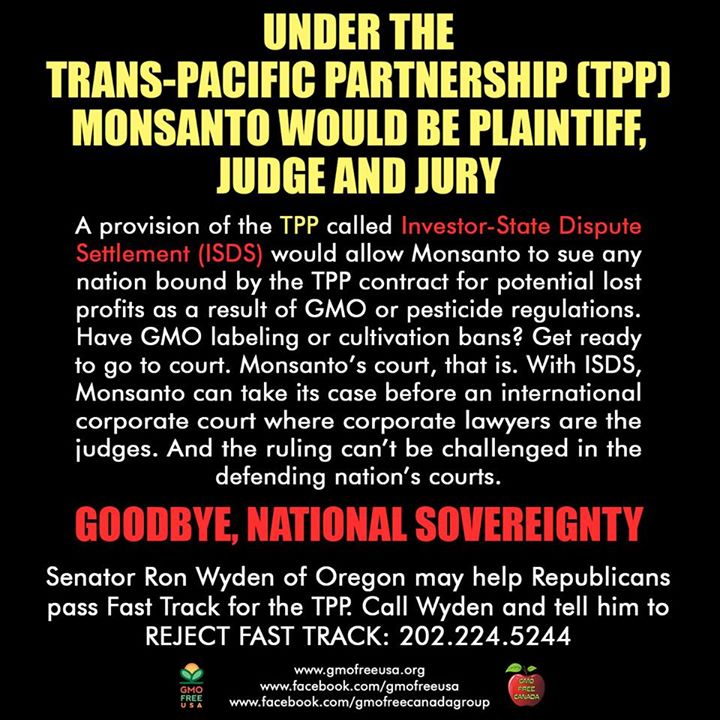