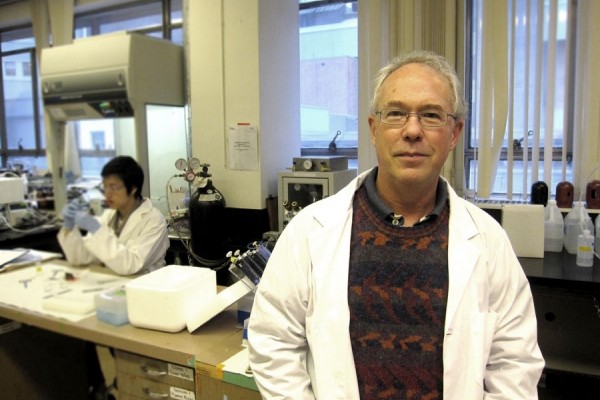 After Thiomersal (mercury) in vaccines was linked to a number of human health ailments, it was removed from most vaccines that are administered today, but still remains a problem. It seems we might be on the same path when it comes to aluminum, as it has also been linked to several human health ailments such as; autism, Parkinson’s disease, Alzheimer’s disease  and more (as Dr. Shaw notes).

Below is a clip of Dr. Chris Shaw, a Neuroscientist and professor at the University of British Columbia explaining the dangers of putting aluminum into vaccines as an adjuvant. Keep that word in mind: adjuvant.

As pointed out in the video, a common argument from the “pro-vaccine” side when it comes to vaccines that contain aluminum is that aluminum is present everywhere, that we ingest it more from our food (and other things) than we do from vaccines. This argument is completely invalid, because when it is in the form of an adjuvant within a vaccine,  as Dr. Shaw explains,  the aluminum stays in your body. That’s exactly what it’s designed to do, that’s the purpose of an adjuvant.

On the other hand, when you accumulate aluminum in your body from food, industrial practices, or any other source, our bodies usually do a good job flushing it out. Again, when it’s in a vaccine the body does not do this, it stays in the body and this is why vaccines that contain aluminum (and other harmful toxins)  should be a cause for concern.

The clip below is an excerpt from the OneMoreGirl documentary that Dr. Shaw made an appearance in, it’s a film that raises awareness regarding the HPV (Gardasil) vaccine. For more information on that vaccine, you can click here.

Last month I published an article on the work of  Dr. Stephanie Seneff, a Senior Research Scientist at MIT. She also showed what can happen to a child who receives an aluminum containing vaccine (among many other scientists and researchers). You can read that article here.

There is a reason why so many families have been compensated from the National Vaccine Injury Compensation Program. It’s a program we don’t really hear of, and one that completely protects pharmaceutical companies (vaccine manufacturers) from any liability whatsoever. Billions of dollars have been paid out to families with vaccine injured children.

Aluminum is an experimentally demonstrated neurotoxin and the most commonly used vaccine adjuvant. Despite almost 90 years of widespread use of aluminum adjuvants, medical science’s medical understanding of their mechanisms of action is still remarkably poor. There is also a concerning scarcity of data on toxicology and pharmacokinetics of these compounds. In spite of this, the notion that aluminum in vaccines is safe appears to be widely accepted. Dr Chris Shaw (source)

Aluminum is now being implicated as interfering with a variety of cellular and metabolic processes in the nervous system and in other tissues. (source)

Experimental research clearly shows that aluminum adjuvants have a potential to induce serious immunological disorders in humans. In particular, aluminum in adjuvant form carries a risk for autoimmunity, long-term brain inflammation and associated neurological complications and may thus have profound and widespread adverse health consequences. (source)

If you are interested in furthering your research on this topic, there is a wealth of information available from various sources. I hope these ones are a good kick start.