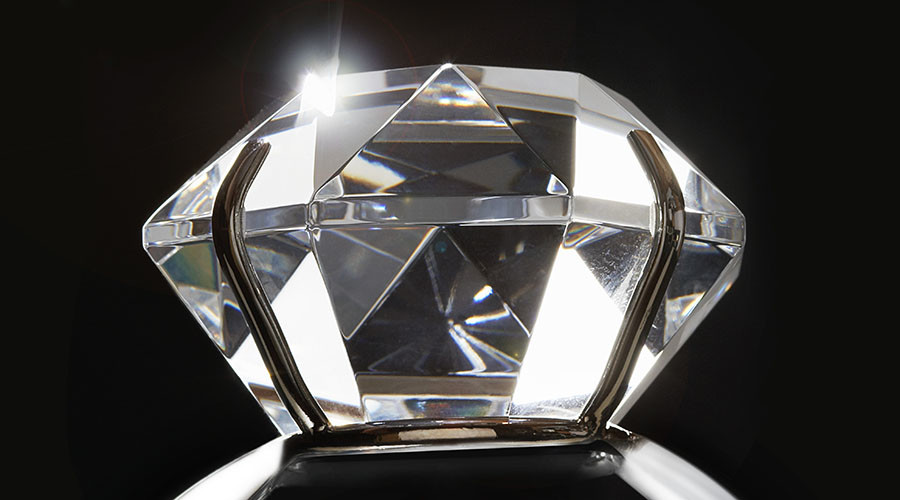 Scientists have discovered a way to convert nuclear waste into radioactive black diamond batteries which last more than 5,000 years.

Researchers at the University of Bristol have found a means of creating a battery capable of generating clean electricity for five millennia, or as long as human civilization has existed.

Scientists found that by heating graphite blocks – used to house uranium rods in nuclear reactors – much of the radioactive carbon is given off as a gas.

This can then be gathered and turned into radioactive diamonds using a high-temperature chemical reaction, in which carbon atoms are left on the surface in small, dark-colored diamond crystals.

These man-made diamonds produce a small electrical charge when placed near a radioactive source.

The Bristol scientists have already created a working diamond battery from nickel-63, a radioactive isotope more stable than carbon-14, which is prevalent in nuclear waste.

They will create their first carbon-14 batteries in the New Year.

“There are no moving parts involved, no emissions generated and no maintenance required, just direct electricity generation,” said Tom Scott, Professor in Materials at the University of Bristol Interface Analysis Centre.

“By encapsulating radioactive material inside diamonds, we turn a long-term problem of nuclear waste into a nuclear-powered battery and a long-term supply of clean energy.”

Scientists at NASA are reportedly interested in using the technology in space flight, while tech firms could incorporate the batteries into smaller, internet-enabled devices.

This finding underscores the obsolescence of fossil fuels which is the prime cause of wars in the Middle East, and further validates Paul M. Brown’s patented nuclear battery which led him to his untimely “car crash.”