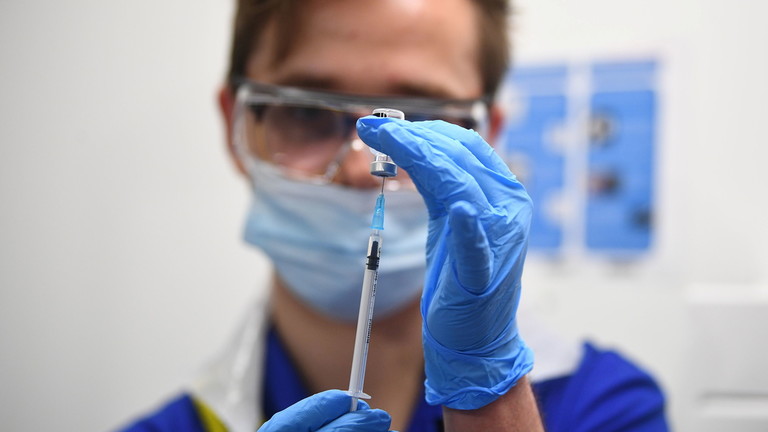 No one will be forced to receive a coronavirus jab, but people who refuse to get vaccinated could be deprived of certain freedoms, Ontario’s Health Minister Christine Elliott has cautioned.

The senior health official acknowledged that inoculation would be voluntary, but encouraged “everyone who is able to, to have the vaccination,” noting that there could be consequences for those who forgo the procedure.

There may be some restrictions in terms of travel or other restrictions that may arise as a result of not having a vaccination, but that’s going to be up to the person themselves to make that decision on the basis of what’s most important to them.

The remarks were made on Monday in response to a question from a journalist about whether schools, businesses, and other institutions could ask people for proof of vaccination.

Ontario Premier Doug Ford responded that it would be unlawful to “force every single person to take” the vaccine, but Elliott’s follow-up remarks seemed to suggest the government might rely upon coercive tactics to obtain ‘voluntary’ compliance.

The health minister’s comments come amid growing fears that mass vaccination programs being rolled out by governments around the world could lead to some form of health ‘passport’ which could be used to restrict travel and other activities.

Prime Minister Justin Trudeau announced on Monday that, pending approval from health authorities, Canada could begin receiving doses of the Pfizer-BioNTech as early as next week. Canada is expected to obtain up to 249,000 doses of the drug by the end of December.

On Tuesday, the United Kingdom became the first country in the world to begin administering the Pfizer-BioNTech jab. The UK government has insisted that it has no plans to issue any kind of identification which could be used to discriminate against those who have not been inoculated. -RT.com

The big problem with today’s State-mandated vaccinations is that no one can be held accountable for all subsequent vaccine injuries, because they have already laid down the appropriate legislations absolving all companies producing these vaccines, as it is the State that demanded them to accelerate their COVID19 vaccine development and production, to supposedly address their own bloated COVID19 fatalities keep on rising.

But that’s just the cover story. Besides, any post-mortem litigation in the name of your lost loved ones does not bring them back.

The truth is: the government prefers a more compliant, obedient and easily manageable population, because they are too lazy to do the real thinking about something that’s beyond their skills set, while the corporations continue to rake in high profits for a product that was made obsolete a long time ago.

As we have said in many occassions before, the government need not require everyone to vaccinate if the vaccine itself is effective and safe. The people will just gravitate to it on their own. The vaccinated is supposed to be protected already, so why would a re-infection from a non-vaccinated be of concern anymore?

Why can’t they just allow the unvaccinated to die on their own terms, if that’s what these people so desire?

Should we believe that the World Health Organization is after our own interest when it said at the beginning of this COVID19 operation that one of the top 10 threats of the world today is “vaccine hesitancy”.

The answer is simple: they don’t want the entire population to realize that vaccination is not necessary, just as the nationwide lockdowns that crippled economies worldwide are, since the Swedes didn’t lock their country down, in defiance of all the diplomatic pressure from their Eurozone peers, and yet they have achieved herd immunity just the same.