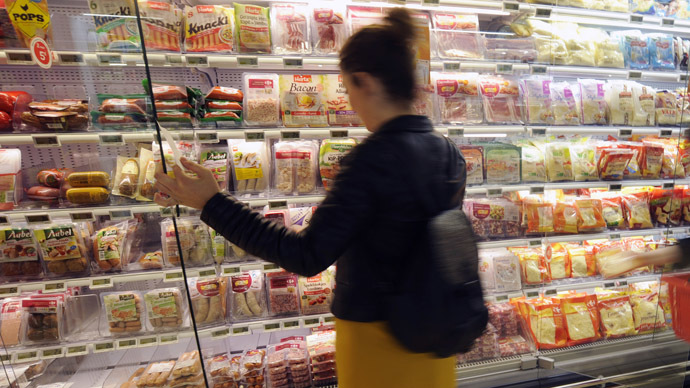 Sperm cells require between 44 to 70 days maturing before it can fertilize the female eggs. If these sperm cells are consumed by parasites, or are intoxicated with very harmful chemicals before reaching the required maturity, they may not be able to impregnate the female eggs.

It is therefore necessary for those couples who are aspiring to become parents to really minimize harmful chemical intakes or avoid the accumulation of any type of parasites.

For those who are already experiencing symptoms of impotence, i.e. low sperm counts, it’s not the end of the world for you. Try exploring a very simple protocol described on this page.

A major study of men’s sperm found that those who ate regular quantities of fruit and vegetables that had pesticide residue on them had half the sperm count of men who ate less, a new study showed.

The Harvard University study, the first of its kind on the issue, analyzed sperm samples from 155 men who attended a fertility clinic during 2007-2012, Reuters reported. The men involved were attending a fertility clinic because they and their partners were unable to conceive, and were asked about the food they ate, including how often they ate fruit and vegetables like apples, avocados or cantaloupe.

Researchers then examined data from the US Department of Agriculture to measure whether the produce in these men’s diets contained a high, moderate or low amount of pesticide residue. They found that foods like peppers, spinach, strawberries, apples and pears rate high for pesticide residue, whereas peas, beans, grapefruits and onions rated lower to moderate.

Men who ate the highest amount of fruit and vegetables with high levels of residue had a 49 percent lower sperm count, with a 32 percent lower percentage of normally-formed sperm than men who consumed a lower amount of produce, or less than 1.5 servings a day.

“These findings should not discourage the consumption of fruit and vegetables, in general,” said co-author Jorge Chavarro of the Harvard TH Chan School of Public Health.

Men who ate fruit and vegetables heavily laden with pesticides had an average total sperm count of 86 million sperm per ejaculation. Men who ate the least-affected food produced 171 million sperm per ejaculation. Previous studies have tied poor semen quality to occupational and environmental exposure to chemicals, but this latest study points to the effect of pesticides in the diet. Researchers said the results did not specify which pesticides were responsible but pointed to pesticide mixtures.

“Given that pesticides are designed to kill and harm pest reproduction, it is not surprising that they are harmful to human reproduction,” study co-author Dr. Hagai Levine of the Icahn School of Medicine at Mount Sinai in New York told Reuters.

Chavarro and his team are also investigating whether women’s markers of fertility may also be linked to pesticides in the diet, he said.

In 2013, a related study of diet and sperm from Harvard’s School of Public Health – from the same study sample of men – showed that processed red meat consumption could also reduce sperm quality and quantity, and the study recommended increasing consumption of white and dark fish meat.