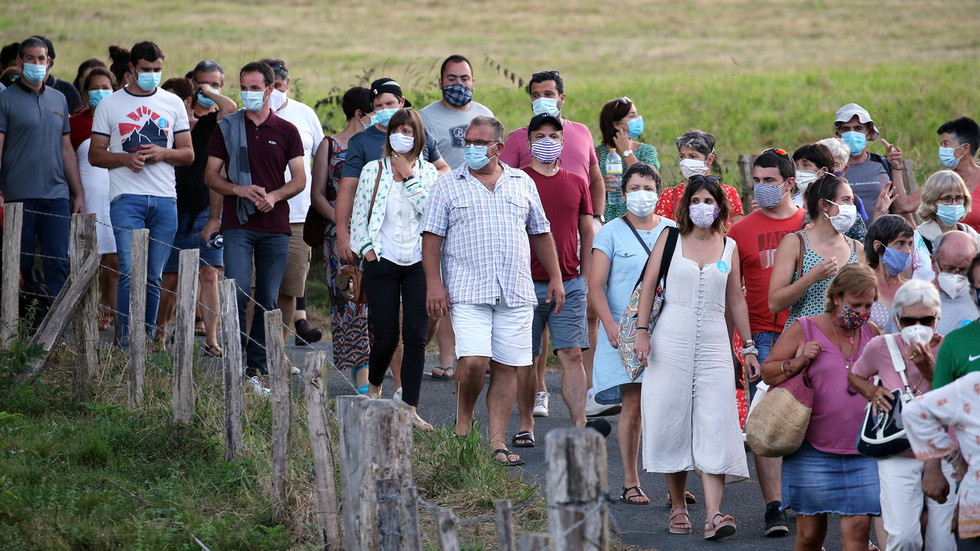 The perception of the risks of the Covid-19 crisis are now so exaggerated that it demonstrates how fear has become the only true enduring reality of the pandemic.

The gap between the reality and perception around Covid risks – almost a factor of 100 – shows how state-sanctioned “fake news” – Project Fear – has come to dominate the public imagination and is negatively impacting how we manage the crisis.

A Research Report, “Covid-19 Opinion Tracker, edition”, published on 27 July 2020, by Kekst CNC, a global strategic communications company which is part of the Publicis Groupe, the world’s third largest communications group, has almost passed the world’s media by. Yet it contains one truly remarkable section on the perception versus the reality of impact of Covid-19 on the public.

The report shows that across the five countries in which the survey was conducted, people, without exception, think that the risks from Coronavirus are far more widespread and dangerous than official figures show.

The survey was conducted between 10-15 July 2020. In the perception versus reality section of the survey, 1000 adults were questioned in the UK, USA, Germany, Sweden, and France.

One might argue that these figures reveal people in these countries need some educating about statistics and percentages. But the truth is that the pattern is unmistakable – the perception of the risk and danger is far greater than reality.

This is the reality of society today. It is the outcome not of ‘fake news’ or an expression of that equally vacuous and fallacious invention, ‘post-truth’ society. This is an outcome of state-backed ‘fake news’, where the threat of the Coronavirus and steps taken to deal with it have institutionalised an exaggerated sense of uncertainty and fear among millions of citizens around the world.

On one level, many experts and governments, particularly behavioural ‘scientists’ will welcome this revelation. The idea that striking fear into people as a sure way to get them to change their behaviour (which I wrote about here recently), suggests for those who uphold this diminished view of the masses, that this is not only justified, but that it works.

But there is a huge price to pay for stoking such fears and misconceptions about the real threat posed by the Coronavirus. For example, the survey has another revealing insight: compulsory mask-wearing, despite having no scientific basis whatsoever, is now popular in almost all countries, and political and corporate leadership on masks has a big impact.This might increase political opportunism and have a short-term benefit for unpopular politicians, but what it is eroding is a longer-term nuanced ability to manage the risk posed by Covid-19. A manmade crisis is morphing into a “natural” disaster where fear now trumps truth; a reality from which we all stand to lose.

Norman Lewis is a writer, speaker and consultant on innovation and technology, was most recently a Director at PriceWaterhouseCoopers, where he set up and led their crowdsourced innovation service. Follow him on Twitter @Norm_Lewis