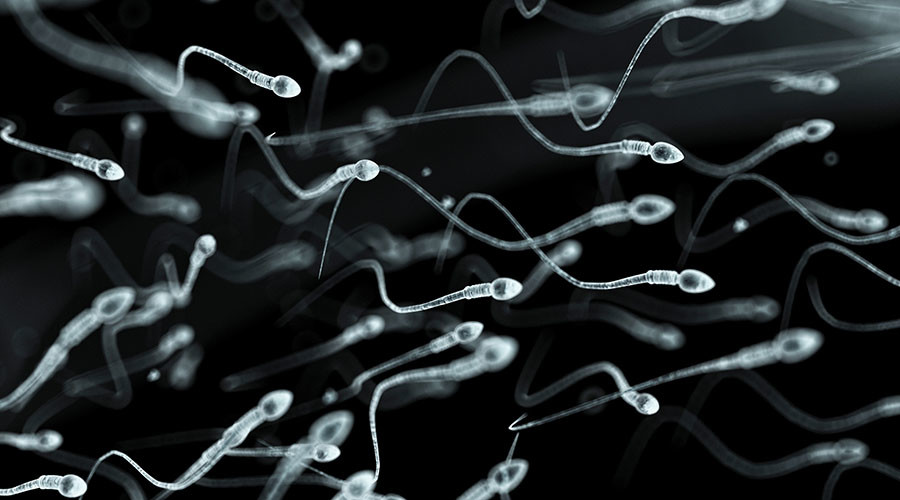 Chemicals, diet, stress, and lifestyle choices have caused the sperm levels of Western men to plummet to less than 50 percent of what they were four decades ago, a new study has found.

The research found that sperm in the ejaculate of men from Europe, North America, Australia, and New Zealand fell by 1.4 percent every year between 1973 2011, leading to an overall drop of just over 52 percent.

“The results are quite shocking,” said study co-author Hagai Levine, an epidemiologist from the Hebrew University of Jerusalem, according to Reuters. He called the results an “urgent wake-up call.”

Levine added that while fertility treatments such as IVF can sometimes offer solutions to the procreating problem, little is being done to address the root of the issue – an overall general decline in men’s health.

Poor sperm counts have also been associated with testicular cancer, increased male mortality rates, children born with one or both testicles missing, and the onset of male puberty, according to the researchers.

“Eventually we may have a problem, and with reproduction in general, and it may be the extinction of the human species,” Levine told the BBC.

Environmental influences, heat, lifestyle factors, diet, stress, smoking, and obesity – both prenatally and in adult life – have all been “plausibly associated” with the decline, according to the study.

“Therefore, sperm count may sensitively reflect the impacts of the modern environment on male health throughout the life course,” the paper reads.

In particular, the paper notes, chemical exposures or maternal smoking “during critical windows of male reproductive development may play a role in prenatal life, while lifestyle changes and exposure to pesticides may play a role in adult life.”

Published in the medical journal Human Reproduction Update, the “rigorous and comprehensive” research analyzed data from 185 studies. Researchers from Israel, Denmark, the US, Brazil, and Spain took part in the study.

The trend has not been recorded among men in Africa, Asia, or South America, though the authors concede that fewer studies have been carried out in those regions.

The study’s authors have called for urgent work to narrow down the causes for the decline in sperm levels among Western men.

“This definitive study shows, for the first time, that this decline is strong and continuing,” said one of the study’s authors, Professor Shanna Swan of the Icahn School of Medicine at Mount Sinai.

4 thoughts on “Sperm Levels of Western Men are Plummeting”