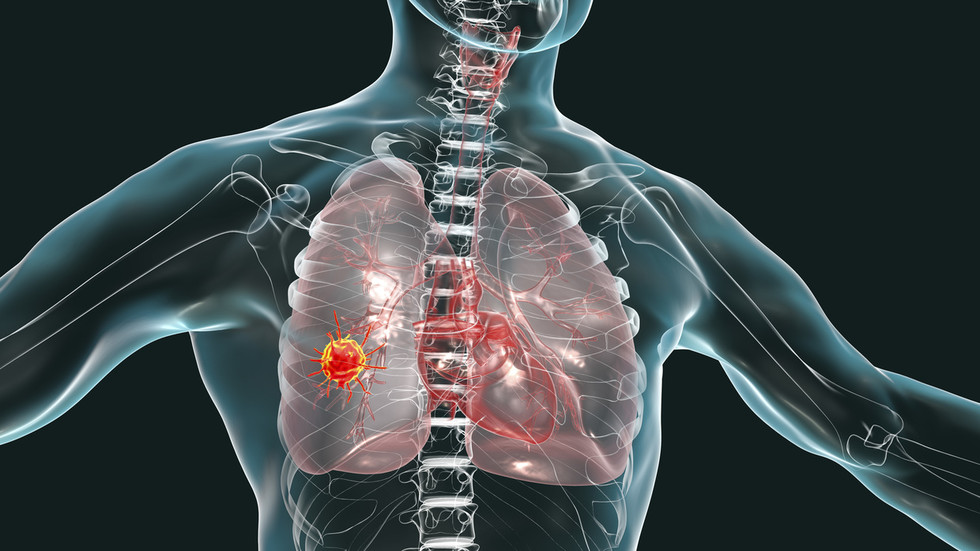 A new report has shown how people with lung cancer may have been misdiagnosed as coronavirus sufferers, which is already contributing to avoidable deaths. The obsession with Covid-19 is beginning to take its toll.

The UK’s deadliest cancer, which kills around 35,300 people annually, may be in for a record-breaking year. And it is all thanks to lockdowns. As we know all too well, when it comes to cancer, early intervention is everything. With lung cancer, a delay of just 40 days to a surgery can cause a 16 percent increase in mortality, and three months can be the difference between a treatment and a death sentence. Now, a report by the UK Lung Cancer Coalition has lifted the lid on a scandal bubbling in the NHS: the appalling toll that government coronavirus rules are taking on lung cancer patients.

Lung cancer referrals fell by 75 percent in spring. At least one third of patients with lung cancer have already died since the outbreak began. And according to Professor David Baldwin, a respiratory medicine consultant, this is likely an underestimate, as “Some deaths will not have been recognised as lung cancer and may have even been labelled as Covid-19.” What this all boils down to, according to the report, is an additional 1,372 deaths due to lung cancer.

Cancer and other leading causes of death have claimed a higher number of UK lives in private homes this year, new data shows. Hospital admissions for non-coronavirus conditions significantly decreased during the pandemic.

Deaths from heart disease among men at private homes in England has been 26 percent higher than the five-year average since the start of the pandemic, UK media reported, citing the Office for National Statistics (ONS). Similarly, deaths from bowel cancer among men have gone up 46 percent.

Deaths from dementia and Alzheimer’s disease have increased 75 percent for women, and deaths from breast cancer have gone up 47 percent.

Analyzing the deaths at homes registered between December 28, 2019 and September 11, 2020, the ONS reported that “for the leading causes of death in England and Wales [they] were above the five-year average while deaths in hospitals and hospices were below the five-year average, suggesting a redistribution of deaths between locations.”

Harrowing as these figures are, none of them can come as any surprise. Many experts warned, and continue to warn, of exactly these consequences. Anyone with a brain in their head foresaw that strangling all health care in order to ‘fight’ one relatively mild respiratory disease would cause a lot of needless deaths. Anyone with a heart wondered why a Covid sufferer’s life was apparently worth so much more than anyone else’s.

One former national cancer director told the report that, because cough is a symptom of both Covid and lung cancer, potential lung cancer sufferers were told to stay at home in case they had Covid. Just let that sink in for a moment. Are doctors, consultants or whoever made those decisions really that incompetent? I hope so, because the alternative is far more sinister…

Tip of the iceberg

If you can manage it, there has been another important report, this one by a union of lung cancer nurses. When surveyed, 61 percent of them said that they would normally expect to see more new patients presenting with lung cancer. If they are right, and I see no reason to doubt these diligent specialists, it is a massive red flag. There can be only one possible explanation for such a drop off, which is that people who should be receiving lung cancer diagnoses are not. This means that a tsunami of late cancer diagnosis is on its way to the UK.

There are also dismaying statistics on how many patients are presenting already at the point of emergency. In addition, most consultations are now being done digitally (to protect everyone from Covid, of course). That personal touch is a thing of the past in the new normal.

Nurses described patients for whom “the fear of Covid has been greater than the fear of their cancer.” It would be easy, and accurate, to blame government scaremongering for this. But there is something even more insidious at work. One nurse noted her patients were terrified that, if admitted to hospital, they “may never see loved ones again.” Again, it isn’t the virus itself that scares people: it’s the rules. The cruel separation of frightened families in hospitals, nursing homes and even funeral parlours is the demand of Johnson, Hancock and co. Of all their bad deeds, this is probably the evilest.

One only has to read the accounts of the families who have already lost loved ones to cancer and other diseases unnecessarily to see the consequences of the government’s playing god. Sadly, these accounts will keep coming as the shocking toll of lockdowns comes to light in the coming months and years (but don’t look out for them in the mainstream media). Many have died, and will die yet, on the altar of the pride of politicians. Make no mistake about it: there is blood on their hands.

Peter Andrews is an Irish science journalist and writer based in London. He has a background in the life sciences, and graduated from the University of Glasgow with a degree in genetics.