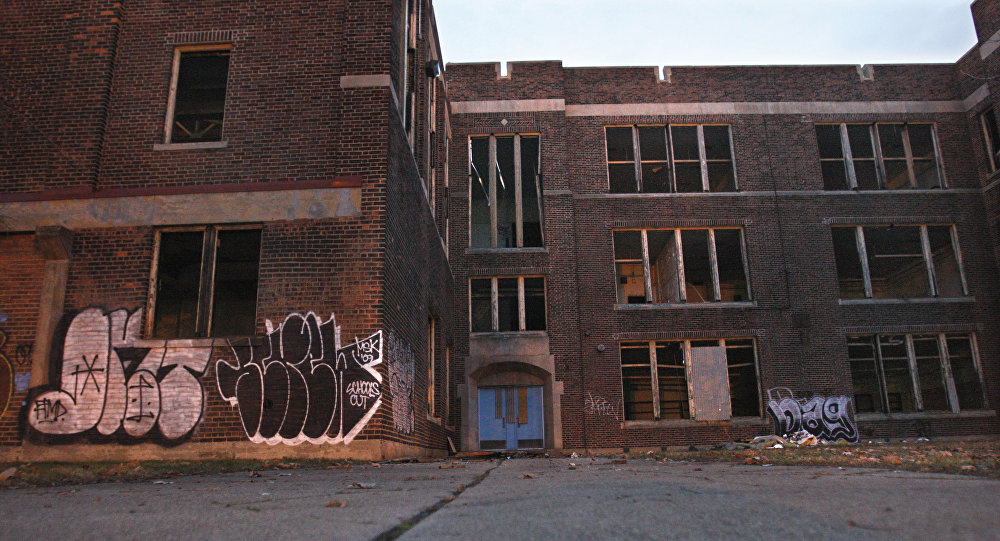 Thirty-three more schools in Detroit, Michigan were revealed to have elevated levels of lead and copper in their drinking water, bringing the total, of 86 schools tested so far, to 57. Ultimately, 106 schools are to have their water tested.

In total, the district has released results from testing at 86 of their 106 school buildings, of which 57 have tested for high levels of lead or copper. That’s about two-thirds of all Detroit schools.

Consumption of high levels of lead can cause lead poisoning, which is especially dangerous to children and can lead to impaired cognition, delayed puberty and behavioral issues.

“No amount of lead is safe,” Grant said. “Lead is a dangerous neurotoxin that can harm every major system of the human body. Our children are especially vulnerable to the risks posed by lead.”

Wednesday’s results come less than a month after the district shut off water at every school facility. Superintendent Nikolai Vitti said that “higher than acceptable levels” of lead convinced him to shut down drinking water at the schools “out of an abundance of precaution.”

“Nationally, there is no federal requirement for most schools to test for lead and remediate lead problems. Our current lead-in-water regulation is weak and is failing people in Detroit, in Flint and across the country,” Grant said. She added that there’s no “dedicated source of federal funding” to help local governments and schools “replace pipes and fixtures” to ensure that every person has access to clean water. The problem isn’t a lack of funding, but a lack of political will. Lead in school water is a sign of misplaced priorities.”

New results are still pending for 10 schools in Detroit identified as having similar problems in 2017.

When the school year started in early September, water bottles and coolers were distributed throughout the system. According to the city’s water department, the problem really only exists at the schools because of their aging plumbing systems.

“Lead leaches into the water from lead pipes and plumbing in older buildings,” Grant further said.

To deal with the problem, Vitti has floated installing a $2 million hydration station in each school. “The hydration stations would be installed in all schools by the beginning of next school year district-wide and replace the need for water coolers,” he wrote in an email to school staff. According to the Detroit Free Press, there would be a water station for each 100 students, as well as one in every kitchen, faculty lounge and gymnasium.

Flint — Michigan health and welfare chief Nick Lyon was “corrupt” in his handling of the Flint area Legionnaires’ disease outbreak and will stand trial on felony charges including involuntary manslaughter, a judge ruled Monday.

67th District Judge David Goggins made the announcement in a nearly 160-minute ruling from the bench after delaying the decision more than three weeks in the most anticipated Flint water prosecution case. Lyon shook his head in disappointment as the judge read his ruling.

Goggins said the defense’s argument that Lyon should not have been bound over on the charges “was just not enough to overcome the prosecutor in this matter to show probable cause” that crimes were committed and needed to go to trial.

When the judge made it clear that the state’s health chief would go to trial, some courtroom attendees quietly whispered “Yes, yes, yes.”

“I do find based upon the totality of all the evidence … I find this behavior over this time period of withholding information corrupt based upon misconduct in office for probable cause standards,” Goggins said.

The judge also decided Lyon “willfully and neglectfully refused” to protect the lives of two Flint area men who purportedly died from Legionnaires’ by failing to “act to appropriately with regard disseminating notices to the public.”

The state’s health chief is the highest-ranking official of Gov. Rick Snyder’s administration who has been charged with felonies by Attorney General Bill Schuette’s office concerning the Flint lead-contaminated water crisis.

Lyon is set to go to trial in Genesee County Circuit Court on two counts of involuntary manslaughter and one count of misconduct in office connected to the Flint region’s 2014-15 Legionnaires’ disease outbreak that killed 12 people and sickened another 79 people. There was no public notice about the outbreak until a Snyder mid-January 2016 press conference in Detroit.