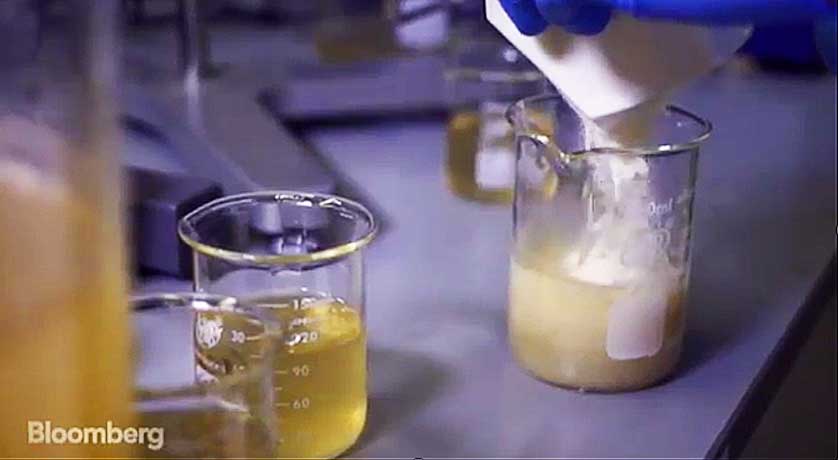 Accelerated wound healing is just one of the benefits of having a blood free from all types of parasites. You can cleanse your blood from all those parasites by following the eTherapy protocol described at our homepage.

Two days ago, a very interesting article describing a different approach came out of RT…

A New York based startup has developed a gel capable of sealing even the most severe bleeding wounds in mere seconds. The plant-based polymer is on the course to save human lives after already being tested in veterinarian use on animals.

Time has been of the essence in trying to save patients suffering from an open flesh wound, because if the bleeding isn’t stopped in time, the patient will die from bleeding out. And while there are various similar gels on the market, they can stop the bleeding in up to 10 minutes, while VetiGel, according the inventors, can get the job done in maximum 20 seconds.

Brooklyn based startup Suneris’s gel works on both skin and organ tissues by binding with components in blood and tissue . The plant cell wall polymers in the gel, when applied to the wound, duplicate the structure of the tissue.

“By reassembling onto a wound site, VETIGEL mimics the body’s extracellular matrix and accelerates the production of fibrin, which enables the body to clot rapidly,” Suneris explains on its website.

So basically when the gel is applied part of it transforms on to the internal surface of a bleeding organ, another to broken blood vessel, and the outer part mimics the skin, eventually making the bleeding stop. The gel uses natural polymers to coordinate with the body’s natural cell clotting and accelerate hemostasis. It is applied directly to the source of bleeding and does not require manual pressure during treatment.

The gel technology, brainchild of Joe Landolina, a bio-molecular chemical engineer and a former student of the Polytechnic Institute of NYU, not only stops bleeding but has proven to be exceptionally strong. After the gel has been applied to the wound, an accompanying solidifying polymerizing agent is sprayed to form a seal barrier over the wound.

VetiGel has undergone animal testing under the supervision of a cardiovascular surgeon, and was determined to be safe enough for use for veterinarians. Landolina hopes that VetiGel will soon be used by the armed forces in the field to treat major trauma victims and prevent them from bleeding out until they get to hospital.

Although the gel technology is certainly revolutionary, it’s technically not the only idea science has had for stemming bleeding: another technology being proposed for the US armed forces utlizes a syringe with micro-sponges that can fill up an open wound in 15 seconds.