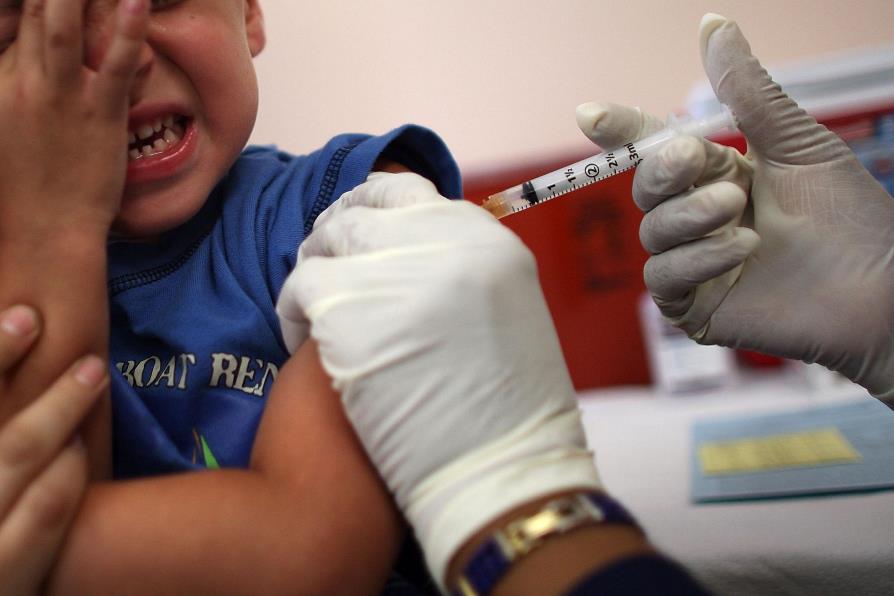 Dr. William Thompson is the man who revealed his own participation in CDC’s coverup of their own findings on the undeniable connection between MMR vacine and autism.

This has led to the call of one Rep. Bill Posey for an investigation into the CDC’s MMR research fraud, last July 29th.

Will the US Congress be willing to investigate another corporate branch of the US government?

If so, will they be able to establish these known facts if such congressional investigation pushes through considering that the CDC is said to have destroyed all evidence pertaining to the crime of massive vaccine induced genocide against American children and elsewhere around the globe?

Dr. Thompson believes so. He has all the evidence to pin them all down.

(Note: All posts related to this story are archived here under #Vaccinegate.)

This is a quick one. The Autism Media Channel has posted a short video in which the whistleblower is named: William W. Thompson, PhD. (AMC’s documentary video is here on vimeo.com — entitled “CDC Whistleblower revealed”).

He was in fact one of the authors of the 2004 De Stefano study that has been accused of hiding true data linking the MMR vaccine to autism.

Thompson once worked for Merck.

Questions abound. Does Thompson know his name has been released? Was it done with his permission? Is he going come forward and make a statement?

Here it is. All the people who said we were making it up, inventing charges of fraud at the CDC…well, here it is. CDC Whistleblower William Thompson’s own statement, released from his lawyer’s office today.

I’ll have more to say about Thompson’s confession. But for now, read his words, particularly the opening. The 2004 CDC study on the MMR vaccine and autism was cooked. It was fraud.

STATEMENT OF WILLIAM W. THOMPSON, Ph.D., REGARDING THE 2004 ARTICLE EXAMINING THE POSSIBILITY OF A RELATIONSHIP BETWEEN MMR VACCINE AND AUTISM

My name is William Thompson. I am a Senior Scientist with the Centers for Disease Control and Prevention, where I have worked since 1998.

I regret that my coauthors and I omitted statistically significant information in our 2004 article published in the journal Pediatrics. The omitted data suggested that African American males who received the MMR vaccine before age 36 months were at increased risk for autism. Decisions were made regarding which findings to report after the data were collected, and I believe that the final study protocol was not followed.

I want to be absolutely clear that I believe vaccines have saved and continue to save countless lives. I would never suggest that any parent avoid vaccinating children of any race. Vaccines prevent serious diseases, and the risks associated with their administration are vastly outweighed by their individual and societal benefits.

My concern has been the decision to omit relevant findings in a particular study for a particular sub­ group for a particular vaccine. There have always been recognized risks for vaccination and I believe it is the responsibility of the CDC to properly convey the risks associated with receipt of those vaccines.

I have had many discussions with Dr. Brian Hooker over the last 10 months regarding studies the CDC has carried out regarding vaccines and neurodevelopmental outcomes including autism spectrum disorders. I share his belief that CDC decision-making and analyses should be transparent. I was not, however, aware that he was recording any of our conversations, nor was I given any choice regarding whether my name would be made public or my voice would be put on the Internet.

I am grateful for the many supportive e-mails that I have received over the last several days.

I will not be answering further questions at this time. I am providing information to Congressman William Posey, and of course will continue to cooperate with Congress. I have also offered to assist with reanalysis of the study data or development of further studies. For the time being, however, I am focused on my job and my family.

Reasonable scientists can and do differ in their interpretation of information. I will do everything I can to assist any unbiased and objective scientists inside or outside the CDC to analyze data collected by the CDC or other public organizations for the purpose of understanding whether vaccines are associated with an increased risk of autism. There are still more questions than answers, and I appreciate that so many families are looking for answers from the scientific community.

My colleagues and supervisors at the CDC have been entirely professional since this matter became public. In fact, I received a performance-based award after this story came out. I have experienced no pressure or retaliation and certainly was not escorted from the building, as some have stated.

Barely a year after VaccineGate, the US Congress has yet to act on what’s to do with the revelations…

“…the [CDC] co-authors scheduled a meeting to destroy documents related to the [MMR vaccine] study. The remaining four co-authors all met and brought a big garbage can into the meeting room and reviewed and went through all the hard copy documents that we had thought we should discard and put them in a huge garbage can.” (William Thompson, CDC researcher)

On July 29, US Congressman Bill Posey made his last stand on the floor of the House. Granted five minutes to speak, he laid bare the lying of the CDC in a now-famous 2004 study that exonerated the MMR vaccine and claimed it had no connection to autism.

“No connection to autism” was the lie.

Congressman Posey read a statement from long-time CDC researcher William Thompson, one of the authors of the 2004 Pediatrics study designed to determine, once and for all, whether the Measles-Mumps-Rubella vaccine could cause autism.

Thompson saw and participated in violating the protocol of the study. He was there. He helped his co-authors destroy documents that would have shown an MMR-autism link.

You can see a rush transcript of Congressman Posey’s remarks here (on the ageofautism.com website), which includes his reading of a statement from whistleblower Thompson.

Posey pleads with his colleagues for a Congressional investigation.

Of note: two of the CDC researchers on the infamous 2004 study, who according to Thompson, destroyed vital documents, are Coleen Boyle and Frank DeStefano. They are both high-ranking executives at the CDC in the area of vaccine safety.

This calls into question every single CDC study, under their tenure, that claims vaccines are safe.

“However, because I [Thompson] assumed it [destroying the documents] was illegal and would violate both FOIA and DOJ requests, I kept hard copies of all documents in my office and I retained all associated computer files. I believe we intentionally withheld controversial findings from the final draft of the Pediatrics paper.”

Thompson has the smoking-gun documents. So does Congressman Posey. I believe others do as well.

There are lawsuits to be filed. Eleven years have passed since the CDC committed its crime of concealing the MMR vaccine-autism connection. How many parents, never informed of the truth, have permitted their children to receive this vaccine? How many children have been struck down by the vaccine?

The lawsuits should be filed against the CDC and the individual authors of the 2004 study. Lawyers must depose every CDC employee who had knowledge of the crime.

And what about the fact that the MMR vaccine is one of the shots that has been mandated, by law, in California, in other states, and in Australia? Mandating neurological destruction of children is a crime that must be investigated and punished. If these states (and other countries) insist on keeping the MMR on their schedules, they are guilty parties.

Here, for background, are earlier articles I wrote about whistleblower Thompson, starting when the story broke in the summer of 2014.

Understand what we are dealing with here, in terms of public exposure: the author of a peer-reviewed and published study; the author who has worked for many years at the CDC; the author who participated in destruction of vital documents; the author has come forward and admitted his crime and the crime of his colleagues. This kind of confession never happens.

But it did happen.

And this story and what it means must not die, no matter how major media outlets try to spin it or ignore it.

Government officials anywhere in the world who make this continuing crime possible are liable.

So are manufacturers of the MMR.

Get busy. Expose the truth.

The author of three explosive collections, THE MATRIX REVEALED, EXIT FROM THE MATRIX, and POWER OUTSIDE THE MATRIX, Jon was a candidate for a US Congressional seat in the 29th District of California. He maintains a consulting practice for private clients, the purpose of which is the expansion of personal creative power. Nominated for a Pulitzer Prize, he has worked as an investigative reporter for 30 years, writing articles on politics, medicine, and health for CBS Healthwatch, LA Weekly, Spin Magazine, Stern, and other newspapers and magazines in the US and Europe. Jon has delivered lectures and seminars on global politics, health, logic, and creative power to audiences around the world. You can sign up for his free NoMoreFakeNews emails here or his free OutsideTheRealityMachine emails here.