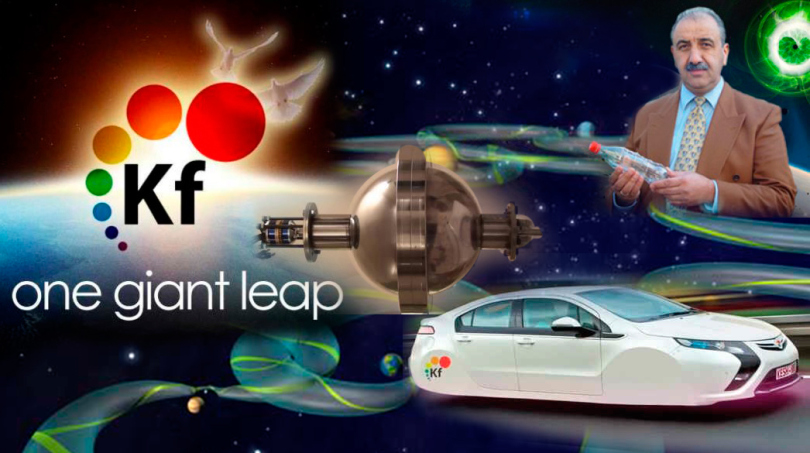 For at least four years, the Keshe Foundation has been calling on all governments around the globe to come to a mutual agreement of ending all wars of aggressions and give peace a chance through the responsible utilization of the foundation’s own plasma technologies.

We published The Keshe Peace Roadmap in our article, Forcing the Peace and Prosperity Agenda, just in case you missed it.

Both presidents have responded but you won’t believe how the recipient of the Nobel Peace Prize justified his expanded drone-based “war on terror” program.

Putin, on the other hand, submitted Keshe’s Peace Roadmap to the Duma and indicated that he wants the people to decide on the matter through a referendum.

The foundation has since released its technology that has been studied by independent researchers around the planet. Protoypes and products are also being sold at the Keshe Foundation website.

Here’s how you replicate the Keshe plasma generator..

… and here’s how you try to debunk it.

Yes, if you’re on the other side of the fence you can use ridicule to belittle the noble efforts of other people, without showing your own noble face on the camera, of course. But free energy has been proven more than a hundred years ago. In fact, the phenomenon has been with us in perpetuity.

Free energy is the real cause of the planet’s axial and orbital rotations. It’s the sea of energy on which all planets float. The extreme concentration of this same energy within our solar system is the sun itself. Free energy is also the real source of human life and other lifeforms.

So, if this eternal medium is the source of life on this planet and probably in all planets out there, then we must all be recipients of eternal life, “sinners” we all are.  😉

Free energy is indeed paradigm shifting, the main reason why it must be debunked at all cost.

Batteries won’t work with invisible moisture [vapor], nor will it give you considerably high electrical pressure as being shown in those proof of concept experiments. The moisture this debunker is talking about is the plasma that is moving around the conductors producing electrical tension, or voltage, that is higher than that of your car battery.

It’s not the same as conventional battery which rely solely on the movement, or transfer, of electrons within the confines of its own visible chemical concoction. The similarity between ordinary battery and Keshe’s Plasma Reactor ends when the catalyst mixture is removed from the reaction chamber, or in the above case, the empty bottle.

Using conventional electrical theories, this is an open circuit to which electrical pressure as high as what has been obtained is not expected to manifest, but there it is as indicated by the meters!

Moisture has nothing to do with this particular open circuit operation.  But it is the only conventional description, in lieu of the word plasma, to keep the layman in perpetual ignorance about the real, inherent uncomplicated behaviour of the universe.

Therefore, Keshe technology is not a battery; it’s a real bonafide plasma technology that has been the object, nay the foundation, of the government’s black budgeted projects.

Real fundamental form of  energy is invisible to the naked eye, but it’s always there in the vacuum of space around us, ready to be tapped using the right method.

What Keshe is actually doing is create a self-sustaining localized electromagnetic EM vortex similar to the principles of Victor Schauberger’s implosion technology.

A moving EM field will always induce an electrical tension on any conductor by polarizing the atoms of that conductor. That’s what your conventional electric generator’s exciter circuit is trying to do using an inefficient internal combustion engine as the primemover.

With Keshe’s method, there’s no need for a gas engine primemover. The plasma rotates by its own accord — a self reinforcing vortex inside a spherical reaction chamber that is so conducive to such vortical reaction, making the whole process self-sustaining.

Any fluid, visible or invisible [free energy], in a sustained vortical movement can literally suck in anything by virtue of a phenomenon called implosion.

The same technology was also used to capture US stealth drones completely intact, giving the Iranians great opportunity to study its technology and hack into top secret onboard data.

“An United States advanced militairy drone, spying above Iran territory in no-fly zone, was captured by Iran on the date of December 4th 2011. The drone was not crashed, not shot out of the air, but safely captured by an Iranian aircraft, based on Keshe technology. Obama asked polite to get their drone back.

In the following articles you can read the Pesn.com coverage, find the answer from Mr. Keshe, and listen to the interview with him, made later that week, where he explains what’s happening.”

It is in this context that the US negotiators sat across the Iranians during the nuclear negotiation weeks ago , with only few aces to play with. Kerry was right when he said that the negotiated deal regarding the Iranian nuclear program is already the best for the United States and for all stakeholders.

We will have a peaceful planet whether the chicken hawks in Washington approve the deal or not.