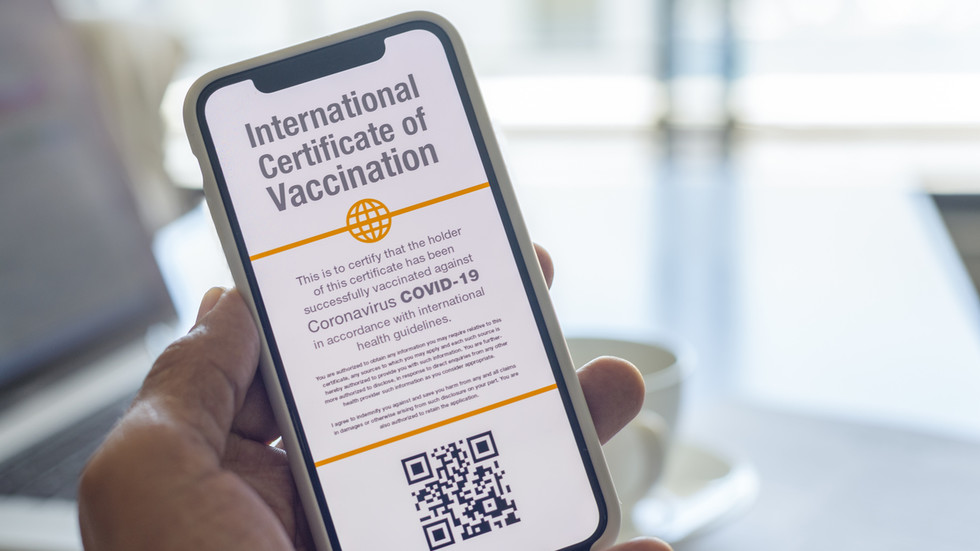 Britain says it has no plans to introduce ‘immunity passports’, but that’s hardly reassuring while this virus continues to be a civil liberties game-changer. After all, national lockdowns seemed implausible less than a year ago.

Could our freedom to travel, attend sports, music and cultural events, or even go to the shops, be dependent on having had a Covid-19/coronavirus vaccination? That nightmarish prospect is what a number of independent ‘outside the tent’ thinkers (usually labelled ’conspiracy theorists’ – or worse) have been warning for several months now.

To try and allay such fears, Michael Gove, minister for the Cabinet Office, said at the weekend: “I certainly am not planning to introduce any vaccine passports, and I don’t know anyone else in government who is.” But consider Gove’s words very carefully. He is saying that he doesn’t know anyone in the government who is planning immunity passports. But what if it is done by the back door, through ‘service providers’?

It must be said there is nothing sinister about vaccination record cards per se. I have in front of me a small green booklet entitled ‘Travel Record Card’. My wife and I were given one each at our local medical centre in the late 1990s, for us to keep a record of our inoculations and booster jabs which we needed for travel to various African and Asian countries. I can see by looking at the card that the last jabs we had (apart from flu jabs) were in 2014, prior to a visit to Zimbabwe.

But it’s interesting – and indeed revealing – to compare this card with the NHS one unveiled today. The wording on the front of our ‘Travel Record’ cards says, “Always keep this with you when travelling.” But the NHS Covid-19 vaccination card has in bold, “Make sure you keep this record card in your purse or wallet.” That should really set the alarm bells ringing. Rather loudly. Because if these cards were purely about reminding people when they had their first shot of vaccine and when their second dosage was due, why on earth would they be instructed to keep the card in their purse or wallet at all times? That strongly indicates that the card IS intended to be used at some point as a pass card.

Covid-19, unlike the flu and all the other viruses that we’ve lived through without any real interruption to everyday life, is going to be the civil liberties game-changer. That is, of course, if we allow it. Although the NHS card has no photo ID attached to it, it could easily be adapted into a compulsory carry-at-all-times photo ID card, something which freedom-loving Brits have resisted – quite rightly – for many decades.

Even as it stands, the card could still be used by businesses to forbid entry to those who haven’t had the vaccine. At the weekend, I was in Liverpool. There, the authorities have been promoting a scheme whereby people who can show ID and that they have tested negative for Covid-19/coronavirus can get discounts at various shops, restaurants, and visitor attractions. Again, it’s very easy to see how this scheme could not only be rolled out to other parts of the country, but also expanded so that it’s not a negative test that gets you the discount, but production of an NHS Covid-19 vaccine card. Then, from receiving 10 or 20% off, it could shift to “No vaccine card, no entry.”

Mandatory vaccination as such was always a red herring. The government was never going to ‘directly’ force people to take the jab; that would be in clear breach of the law and would be disastrous from a public relations viewpoint. And official government ‘immunity passports‘ are also unlikely – at least at this stage. But what is a very real possibility is that people will be coerced into taking the jab through indirect mechanisms – imposed not by the government, but by companies who will be allowed to do so by the authorities, or even positively encouraged.

Last week, Nadhim Zahawi, the newly appointed UK minister for vaccines, said that the UK government WAS looking at the technology behind an immunity passport. He went on: “But, also, I think you’ll probably find that restaurants and bars and cinemas and other venues, sports venues, will probably also use that system – as they have done with the [test and trace] app.

“I think that in many ways the pressure will come from both ways. From service providers who’ll say: ‘Look, demonstrate to us that you have been vaccinated.’ But, also, we will make the technology as easy and accessible as possible.”

So in other words we’ll get a ‘joint’ effort from the government and ‘service providers’ to make access dependent on us being able to ‘demonstrate’ that we’ve been vaccinated. Zahawi‘s comments caused quite a stir, and it was in response to them that Tory MP Steve Baker raised the issue of ‘implicit coercion‘ in Parliament, saying:

“Will [you] agree with me, it’s not enough for the government merely to refrain from coercing people, the government’s also got to pay attention to implicit coercion. That is, if the government turns a blind eye to allowing businesses like airlines and restaurants to refuse to let people in unless they’ve had the vaccination. The government’s got to decide whether it’s willing to allow people to discriminate on that basis.”

The only way doubts about immunity passports will be assuaged is if the UK government does what Baker has called for and makes it illegal for businesses to discriminate against those who haven’t been vaccinated. But will they do that, without massive public pressure? We have to put this in a global context. The World Economic Forum (WEF), the international organisation behind ‘The Great Reset’, has been promoting the idea of Covid Passes for several months now.

The new digital ‘Common Pass’ health passport scheme, backed by the WEF (and given start-up funding by the Rockefeller Foundation), was piloted for the first time in October, for passengers flying from the UK to the US.

In November, the Chinese leader Xi Jinping, addressing other world leaders at the virtual G20  summit, promoted the Chinese model of QR access codes, based on health certificates, being used to get international travel going again.

Last week in the US, meanwhile, CNN revealed that ‘vaccination cards’ would be issued to everyone getting the Covid-19 vaccine. Dr Kelly Moore, associate director of the Immunization Action Coalition, said: “Everyone will be issued a written card that they can put in their wallet and that will tell them what they had and when their next dose is due.”

Is it going to be a case of written vaccination cards today, digital immunity passports tomorrow? If you still think that’s far-fetched, remember: the idea of democratic nations imposing rolling national lockdowns would have seemed implausible just twelve months ago….

Neil Clark is a journalist, writer, broadcaster and blogger. His award winning blog can be found at www.neilclark66.blogspot.com. He tweets on politics and world affairs @NeilClark66